Picturesque recording venues, new classical works, and the reemergence of string instruments with a storied past are just a few of the things we witnessed during this month’s sessions. Read on for the all-inclusive recap of PARMA’s October productions.

Shortly after their recent performance at Carnegie Hall, the critically-acclaimed Sirius Quartet began the production stage of their new visual album. Born from a 2021 Featured Recording Opportunity, this third installment of the ensembles “PLAYING ON THE EDGE” series will feature a number of modern classical composers:

Recorded and filmed at West Springfield MA’s Ghost Hit Studios, the resulting visual experience will be released as a complementary component to an upcoming audio album from Navona Records.

On the other side of the Atlantic, the PARMA production team synced up with renowned Czech organist Karel Martínek to record works for organ by composers Richard E Brown and Deon Nielsen Price. Both works were chosen from a list of submissions from last spring’s round of featured recording opportunities, and will be released on a full album of organ and piano compositions. 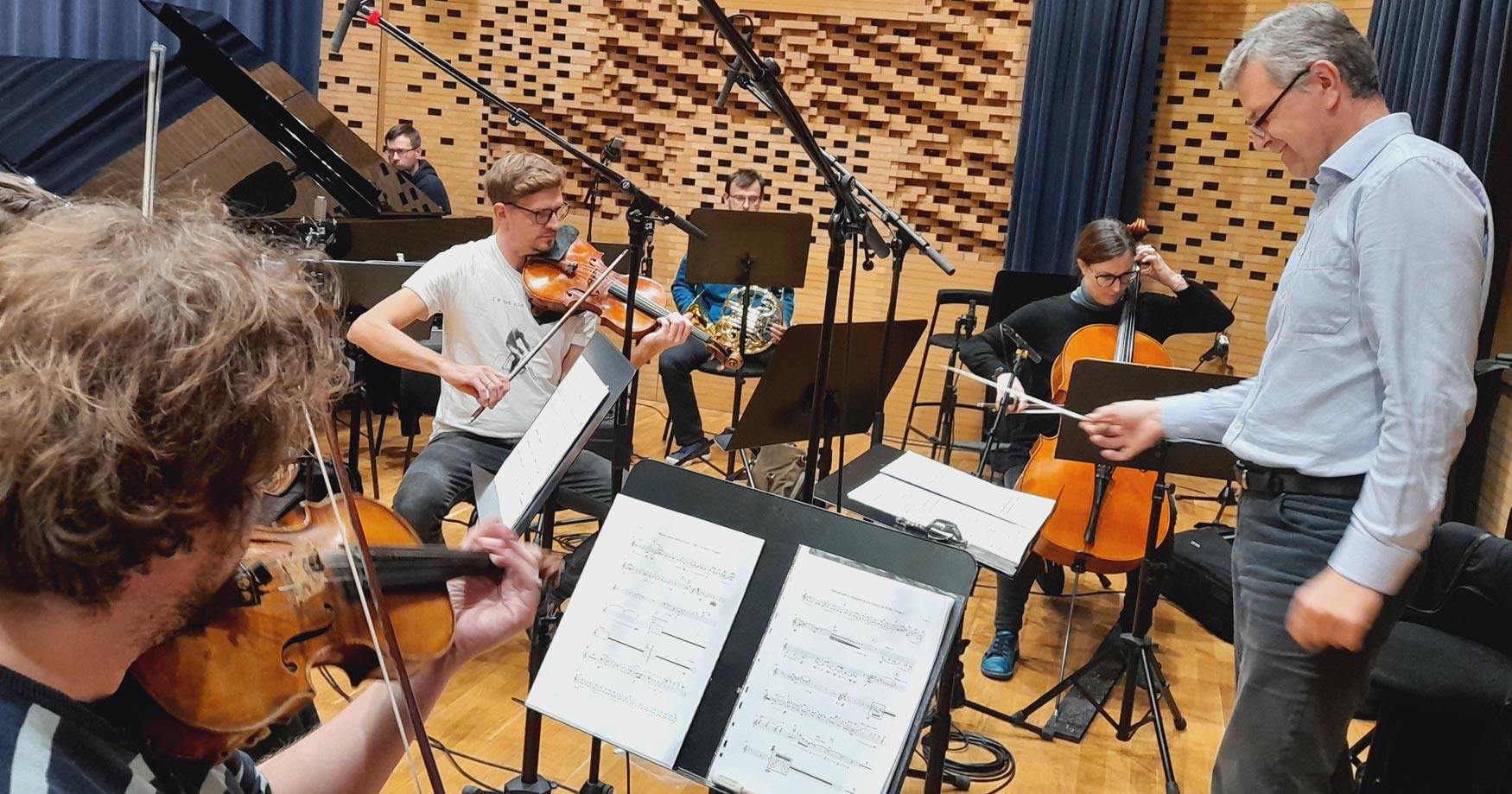 Shortly after, the production team switched gears to attend sessions with the Brno Contemporary Orchestra, who recorded two pieces by composer Sophie Dupuis under the baton of conductor Pavel Šnajdr.

Back home, the production team was gearing up to film the latest installment of the Portland Symphony Orchestra’s digital concert series. Their program, Violins of Hope, is a project featuring a private collection of violins, violas and cellos, housed in Israel.

All of the instruments were owned by Jewish people during the Holocaust, and were collected following World War II. Programmed to commemorate the 80th anniversary of the resistance of the Terezín prisoners, the digital concert is available to view via Portland Symphony TV.