Throughout history, humans have progressed through the process of improvement. We’re always on the hunt for the most effective, efficient solutions. In the world of music, we’ve gone from live performances to capturing sound on recording. One of the more recent, and more effective, advances in the music industry is the development of digitally-distributed music: music that is downloaded or streamed online, rather than listened to via a physical disc, cassette, or vinyl.

Well, digitally-distributed music isn’t that recent. The MP3 file was invented in 1991, nearly 30 years ago, the first Apple iPod was released about 20 years ago, and Spotify has been in the arena since 2009. By 2018, streaming was accounting for nearly 75% of music industry revenue.

Although the payout may be less than the purchase of a physical disc, recent updates such as the Music Modernization Act (MMA) are seeking to improve the situation. That said, digital music and streaming allows an artist’s music to reach a global audience, unlimited by the number of physical products created. It’s cost-efficient and the barrier to entry for new listeners is lower than it’s ever been.

While the classical industry has been slower to shift to digital, PARMA has been at the front of the pack as the music industry has shifted into the creation and distribution of digital music.  Here, we’ve highlighted a few artists who have released their albums in exclusively digital format.

Piano virtuoso Eliane Rodrigues has released four albums with Navona Records since beginning her work with PARMA. One of these albums, the December 2017 release BEETHOVEN 8 CONCERTI with the St. Petersburg State Symphony Orchestra, was created and released as a digital-only album.

Once it was released, the album was picked up by Spotify’s Classical New Releases, which is updated weekly with the world’s top classical releases. While this placement garnered attention and streams, the streams didn’t end after the release was no longer new. In 2019, BEETHOVEN 8 CONCERTI received over 200K streams, over two years after its release, and those numbers continue to increase to this day. 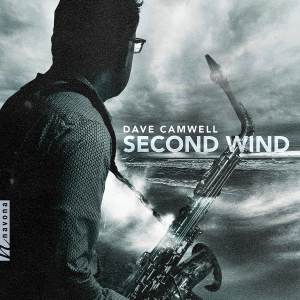 SECOND WIND by Dave Camwell features three centuries’ worth of compositions interpreted through the saxophone. This unique Navona Records release, appealing to both classical and jazz lovers, was added to the Classical New Releases Spotify playlist and Apple Music’s Classical Dinner Party, gathering tens of thousands of streams along the way.

SECOND WIND was featured on a variety of radio stations and praised by the press — “Camwell, not so surprisingly, brings flawless arrangements here, where classical and jazz ideas come together with meticulousness and timelessness” (Take Effect). American Record Guide expressed similar sentiments, stating “Camwell leads with a pleasant timbre and superb technique.”

On the heels of the successful first two installments of electronic and electroacoustic music, MIND & MACHINE VOL. 3 is in the works for release on Ravello Records. VOL. 3 is slated to be an exclusively digitally-distributed release, and we are anticipating the same or greater level of success for this album as for its predecessors. 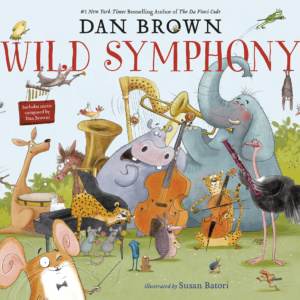 #1 New York Times bestselling author Dan Brown announced the release of Wild Symphony, his first children’s book and classical music release, in February 2020. The music, produced by Bob Lord and PARMA Recordings, is being released and distributed entirely digitally, and will be available on all major platforms.

While the book component will be released as a physical product, Brown chose to forgo a physical CD in favor of a digital album format. The book will also be accompanied by a smartphone app that uses augmented reality to play music from Wild Symphony which corresponds to each animal when the camera of a mobile device is held over its page.

Digitally-distributed releases give artists a chance to quickly and effectively release their music, unencumbered by the time and cost of developing a physical product. Until the next advancement in media consumption comes along, digital music is here to stay across genres.