How Do You Get to Carnegie Hall?

There’s something about walking into Carnegie Hall that makes you feel a bit awestruck.  It’s an imposing building — taking up an entire city block in midtown Manhattan — that dominates everything around it.  Couple that with the iconic composers and performers who have graced the Hall’s multiple stages:  Tchaikovsky (who conducted Carnegie Hall’s opening night performance), Judy Garland, Duke Ellington, Maria Callas, Dave Brubeck, The Beatles, Antonin Dvorak (who premiered his New World Symphony at Carnegie Hall), and so many more, and you arrive simultaneously excited and humbled.

Now it was PARMA’s turn to stage a performance at one of music’s most historic venues.

On Friday night, PARMA Music Festival presented “ART FOR TWO:  The Music of Arthur Gottschalk” at Carnegie Hall’s Weill Recital Hall.  The performance featured clarinetist Sauro Berti, pianist Naomi Fujiya, and the Eccher School of Music Vocal Ensemble.  Hailed by Gottschalk as a “master of the bass clarinet,” Sauro Berti’s mastery was instantly apparent as he teased subtle, delicate sounds and profound wails from his instrument with equal ease.  Pianist Naomi Fujiya performed with style and grace never once flustered by the dramatic changes in mood and tempo of Gottschalk’s compositions. 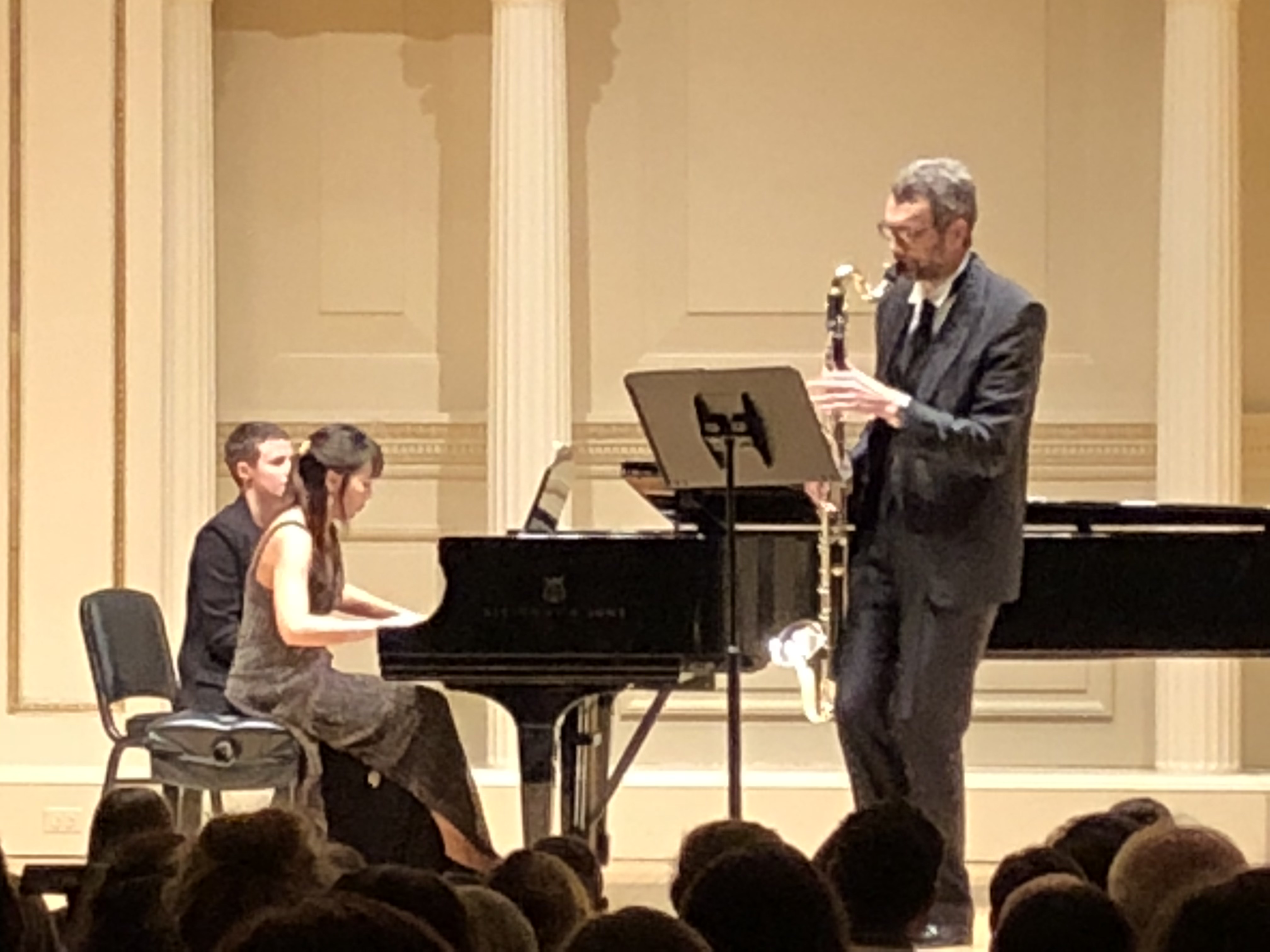 The Eccher School of Music brought two ensembles to perform.  The first, a 30-piece youth choir opened the performance with traditional Italian folk tunes setting an upbeat, family-like tone for the performance.  Many of the youth choir were on their first trip to NYC, and despite language barriers and lack of sleep, were excited by not only the opportunity to perform but to experience everything New York City has to offer.

In our hectic, over-scheduled world, we listen to music on the go.  Streamed online, through our iPhones, and often with sub-par headphones, we sacrifice quality for convenience.  In the process we do a disservice to the music.  The majesty of the compositions, the way pitch perfect voices reverberate through a concert hall, and the immediacy and intimacy of the live performance can never be fully replicated through headphones.  Live performance, in an opulent concert hall, has no equal.  PARMA is honored to create performance opportunities for our artists and composers.

So how do you get to Carnegie Hall?  Practice … and PARMA!