In the Czech Republic, old and new stand side by side. Contemporary sculptures stand a few blocks from 1,000-year-old cathedrals. Vehicles wind their way down narrow cobblestone streets. Modern music is recorded by orchestras celebrating over seven decades of performance history. This June, PARMA Recordings CEO Bob Lord and VP of Design and Marketing Brett Picknell took to the streets, restaurants, and recording halls of the Czech Republic for a week of sessions with the Moravian Philharmonic Orchestra (MFO). Between exploring sights from the Žižkov Television Tower to the Prague Castle, the team worked alongside the cast and crew at Reduta Hall to produce new works by PARMA veteran composers: Sergio Cervetti, Michael Cunningham, and Mark Dal Porto.

PARMA has been bringing artists across the pond to the Czech Republic for the past 10 years to record with one of the finest European ensembles. Brett and Bob landed in Prague, where they took some time to soak in the sights of a city nearly untouched by history since early in its creation. From a designer’s eye, Brett, who had previously never traveled to Europe, found the architecture to be a striking statement of Prague’s history in the midst of 21st-century activity. With structures dating back to 1,000 years old, the city has survived world wars and Nazi occupation, standing today as a European cultural hub.

After spending some time observing the calm atmosphere and intriguing art and architecture of Prague, Brett and Bob hopped on a train to Olomouc, the recording location for the week. The first morning of recording, as the audio team set up in their area, empty seats and double basses sat in silent wait in the hall. Gradually, musicians trickled in from the city square and took up their instruments for warm up. Bob took his place, headphones on and stylus in hand, with the rest of the engineering team at Reduta, and the project commenced.

First up for the week: Uruguayan-American composer and PARMA published artist Sergio Cervetti, who attended the sessions. Cervetti’s album, to be released under the Navona Records label in 2019, features three 21st-century symphonic works and brings personal and world history into the present listening moment. They involve an emotional venture into Cervetti’s memory of paradise as a young boy visiting a tropical island with his father, the paradox of mortality existing within paradise, and elevation after suffering and martyrdom for the 12th-century Cathars of southern France. Sergio’s work was absorbed by the MFO, who were able to quickly act on not only the technical, but the expressive aspects of each piece. The communication between engineers and orchestra was seamless, even with the need for translation between Czech and English. The orchestra and notable conductor Petr Vronský knew their job — they were there to record, to be precise, to create the perfect track as quickly and efficiently as possible. 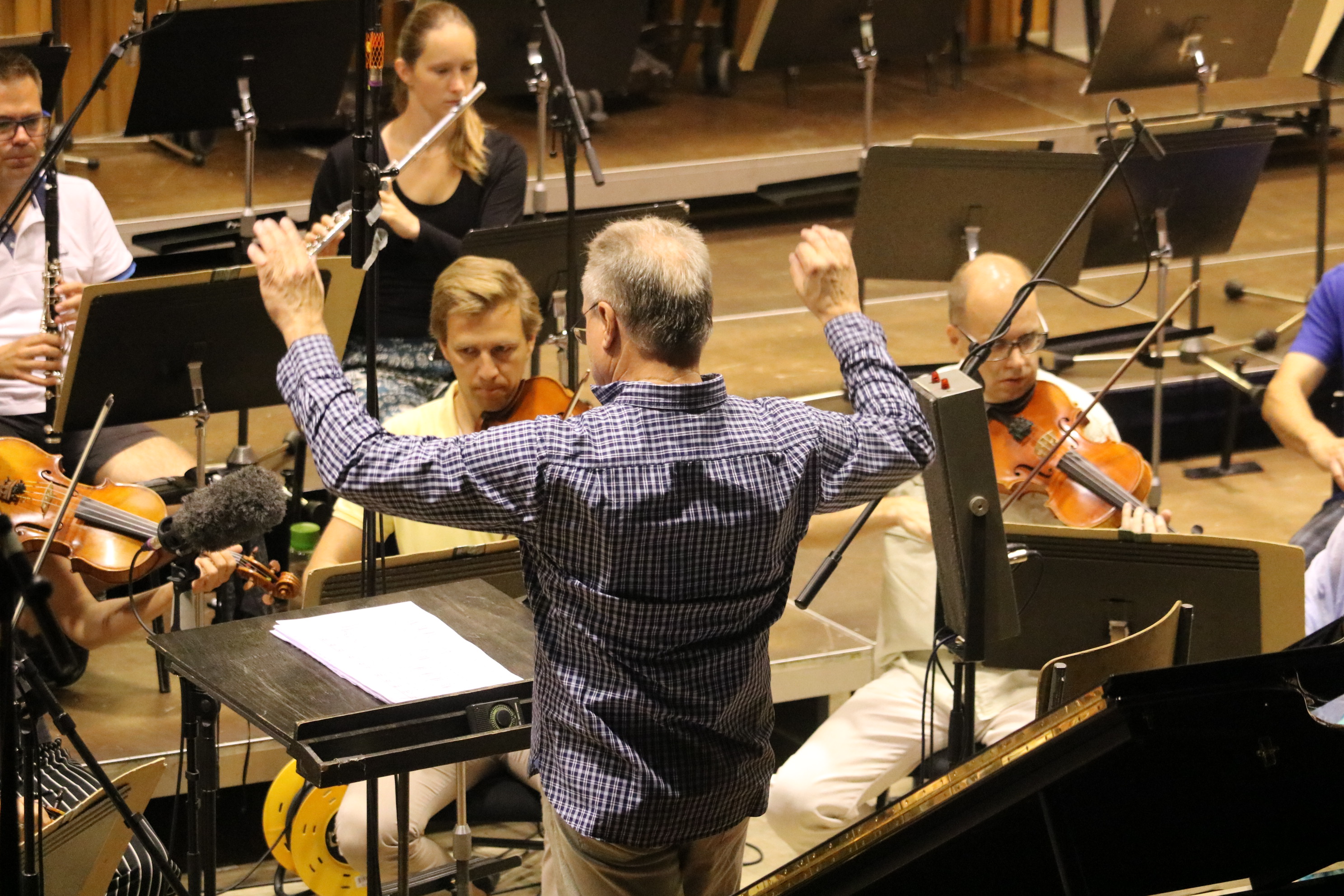 Once the recording was complete, Sergio joined the MFO for a photograph and emotionally expressed his deep gratitude for the efforts of the musicians in bringing his compositions and their backstories to life. With the recording complete, the musicians left the way they entered: trickling out quietly to rejoin the city life outside.

At the end of the week, Brett and Bob took their train back to Prague, where they took in some more sights (and smells — think Czech gingerbread shop) before their flights home. Well, home for Brett. Bob has already landed in Croatia, working within the walls of another historic city and bringing another set of new music to life. Keep an eye out for photos and stories as PARMA works with the Zagreb Philharmonic and the Croatian Chamber Orchestra this week, producing works by composers Beth Mehocic and Matej Meštrović among others. 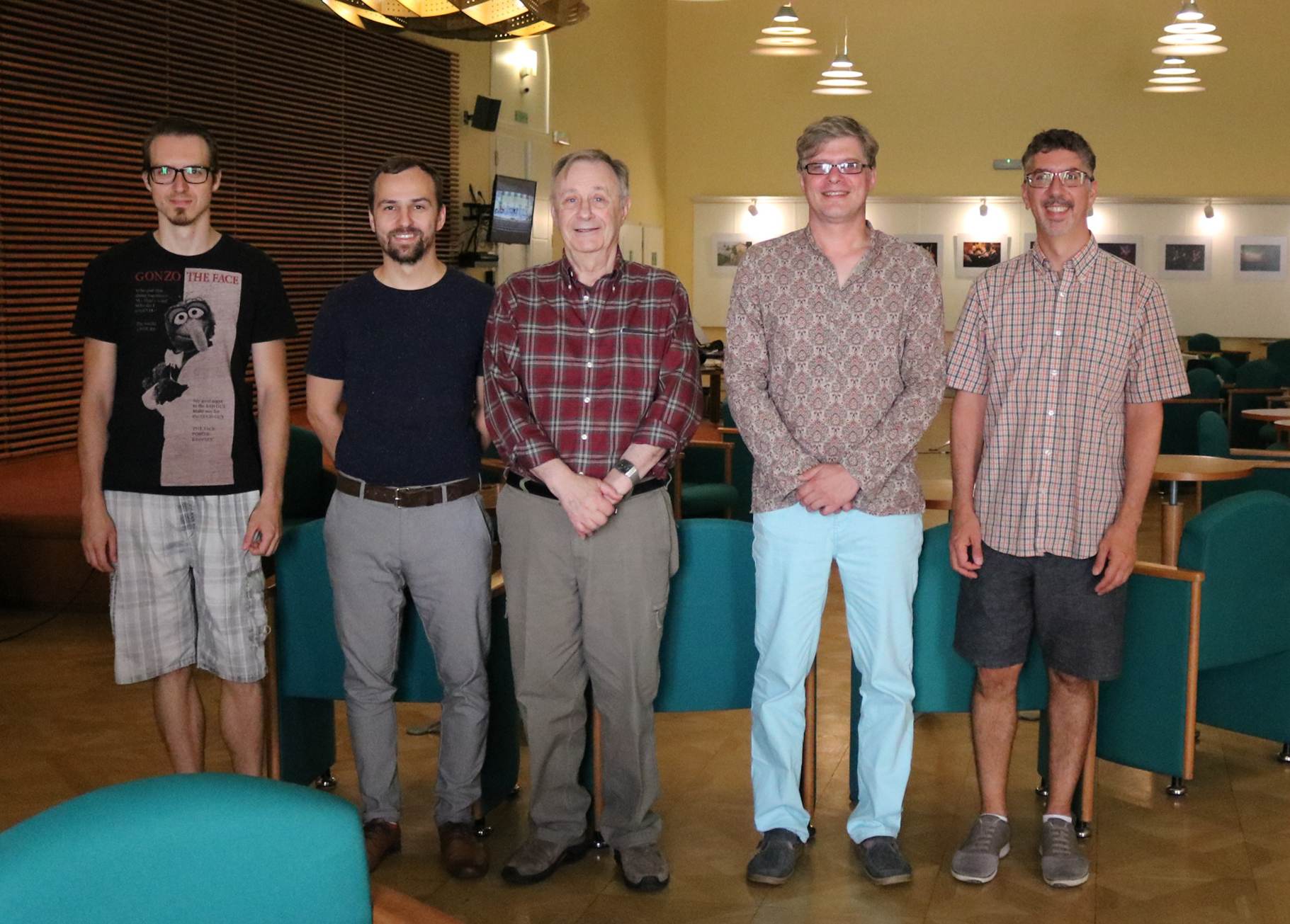