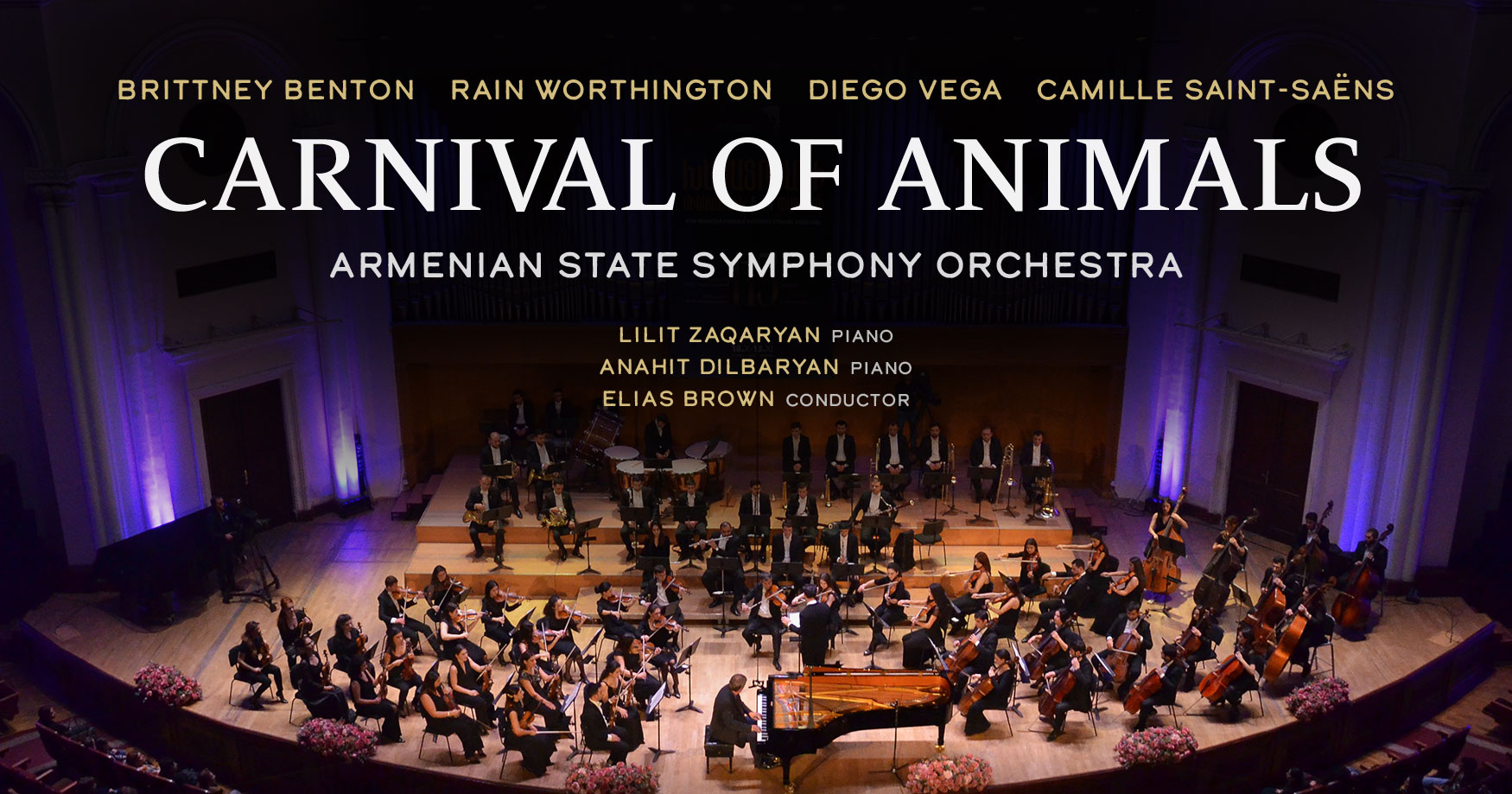 The Armenian State Symphony Orchestra and PARMA Recordings present a concert of works by Camille Saint-Saëns and three contemporary composers – Rain Worthington, Diego Vega, and Brittney Benton, whose work Nightfall was selected as the winner of PARMA’s Summer 2020 Call for Scores. This program was originally performed for a live audience on April 20, 2022 at Yerevan, Armenia’s Aram Khachaturian Hall. 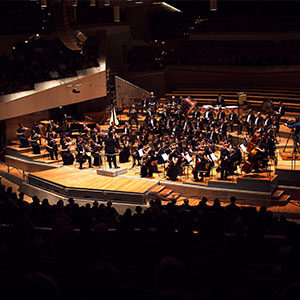 The Armenian State Symphony Orchestra was created in 2005 by Sergey Smbatyan, the present Artistic Director and Principal Conductor of the orchestra.

From the very onset of its existence, the orchestra has been home to bright and energetic musicians, assembled around the shared vision of amplifying the cultural awareness in Armenia and elevating the spiritual excellence of human nature by the power of classical music.

The orchestra performs over 50 concerts annually, with a rich and multifarious repertoire covering multiple music genres and performance formats.

Today, the 15-year-old orchestra has accrued both local and international reputation for its orchestral virtuosity and performing precision and has been spotlighted with many uplifting reviews by renowned critics and art reviewers.

It has been profiled a multitude of times with such world-class composers as Arvo Pärt, Tigran Mansuryan, Krzysztof Penderecki, Giya Kanchelli, Sir Karl Jenkins and Qigang Chen as well as a number of highly distinguished performing artists.