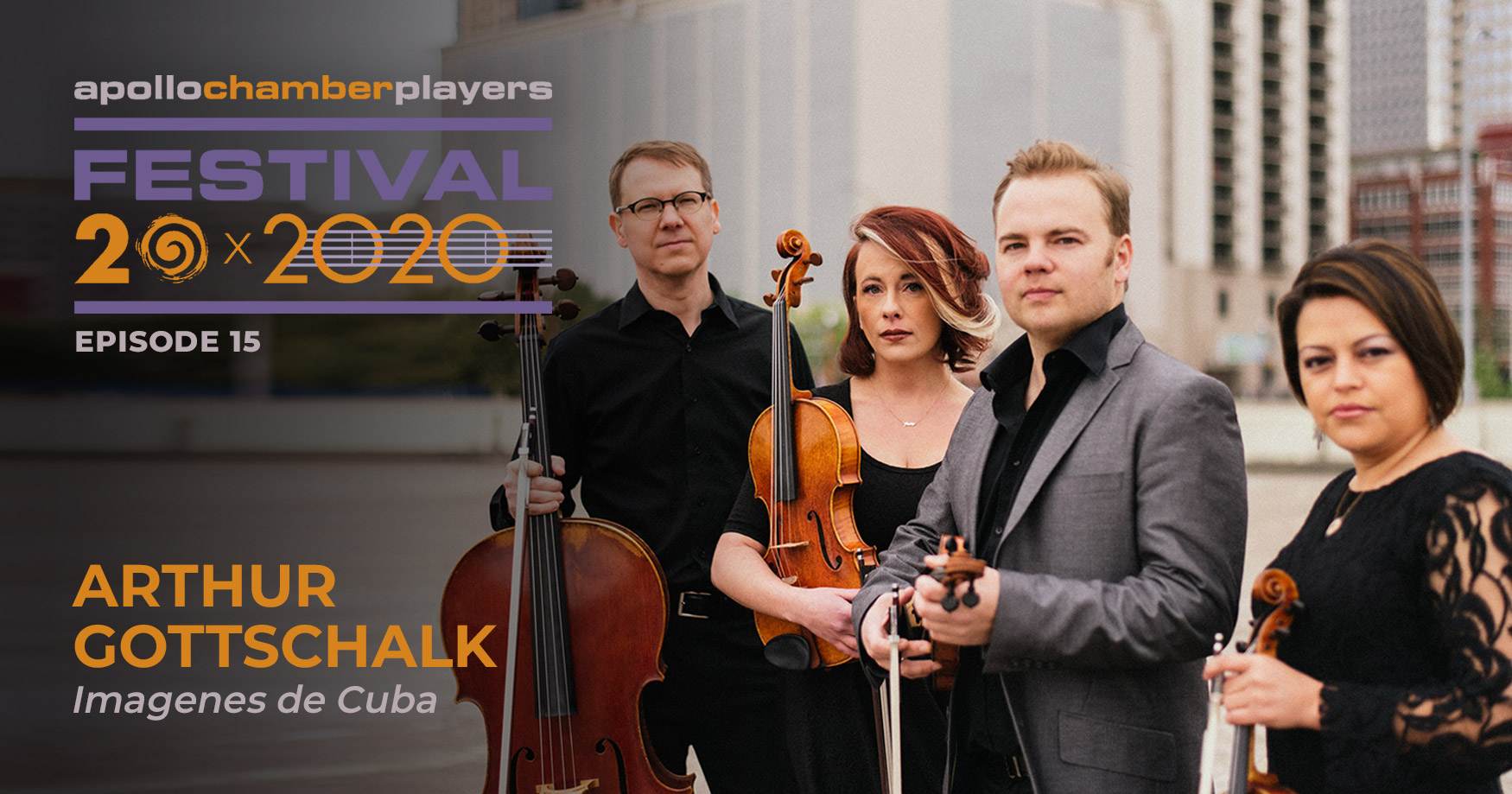 Join Apollo for Episode 7 of Virtual Festival 20×2020, featuring ‘Imagenes de Cuba’ by Rice University faculty composer Arthur Gottschalk and guest percussionist Jesús Pacheco. The episode includes a behind-the-scenes look at Apollo’s historic tour to Cuba, as the first American chamber ensemble to record and perform in Cuba in over 50 years.

“Imagénes de Cuba is the product of Professor Gottschalk’s two decades of musical research in Cuba. The composer’s aim was to incorporate Cuban folk music through various rhythms, styles, and popular songs. Fragments from the famous peanut vendor ‘protest’ song and the well-known Guantanamera color the first and second movements; the third movement, ‘Timba,’ is based on the Cuban music form of the same name, a combination of salsa, funk, rumba, and other popular dance styles.”

Virtual Festival 20×2020 celebrates the conclusion of Apollo’s expansive initiative to commission 20 new multicultural works by 2020. The Festival has been reimagined in the time of COVID, featuring digital world premieres, new studio performances, and innovative dance collaborations with Houston Ballet artists. St.John Flynn hosts new episodes every Thursday and Sunday from August 27 through Nov. 1. 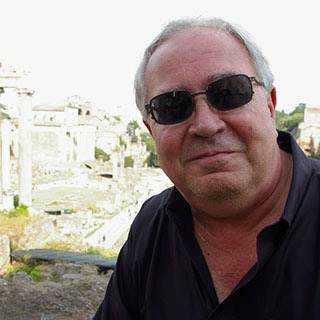 He has worked in diverse areas of music, including composing and arranging music for feature films, television scores, numerous industrial films and commercials, music publishing, and artist management. He works as an expert in music copyright cases and as a forensic musicologist. His violin concerto won the First Prize of the VVX Concorso Internazionale di Composizione Originale (Corciano, Italy), and his orchestral tone poem Upon Whose Shoulders We Stand won the 2017 Indianapolis Chamber Orchestra Composition Award. He has been awarded the prestigious Bogliasco Fellowship for additional work in Italy, as well as a residency at The MacDowell Colony. Further awards include the Charles Ives Prize of the American Academy of Arts and Letters, the Gold Medal, Best in Show, and Top Recording of 2015 for Music Composition from the Global Music Awards, composer residencies at the famed Columbia-Princeton Electronic Music Center, the Piccolo Spoleto Festival, and a Visiting Artist at the American Academy in Rome. The Association of Rice Alumni honored him with their 2016 Meritorious Service Award, and in 2018 he was named a featured composer for the Thailand International Composition Festival, where eight concerts of his music were presented.

Houston TX based Apollo Chamber Players “performs with rhythmic flair and virtuosity” (The Strad) and has “found fruitful territory” (Houston Chronicle) through innovative, globally-inspired programming and multicultural new music commissions. Recent winner of Chamber Music America’s prestigious Residency Partnership award, the quartet has performed for sold-out audiences at Carnegie Hall twice in the past five years, and it holds the distinction of being the first American chamber ensemble to record and perform in Cuba since the embargo relaxation. Apollo is featured frequently on American Public Media’s nationally-syndicated program Performance Today.

Apollo is a passionate advocate of contemporary music. In 2014, the organization launched a bold project to commission 20 new multicultural works by the end of the decade. Now approaching its conclusion, 20×2020 features a roster of the world’s leading composers including multiple Grammy-winners Jennifer Higdon, Libby Larsen and Christopher Theofanidis. The group has collaborated with renowned ensembles and artists including the Houston Ballet and Houston Chamber Choir, Grammy/Emmy winner and Academy Award contributor Vanessa Vo, James Dunham, Ismail Lumanovski, and Indian Classical music star Chitravina N. Ravikiran, among others.

“Ancestral Voices is the most culturally relevant, politically topical, and necessary album of them all.” (American Record Guide) Apollo’s four studio albums, released by Navona Records, have garnered international acclaim and reached millions of listeners around the world. Apollo’s debut album, European Folkscapes, earned ‘Album of the Week’ honors by WQXR in New York City, and Blurred Boundaries has been lauded as “truly lovely music played exceptionally well by an adventurous and gifted ensemble.” (Audiophile Audition)