We’re pleased to announce that PARMA Artists Apollo Chamber Players have signed on to record fellow PARMA Artist Arthur Gottschalk’s “Imágenes de Cuba” with PARMA in Cuba as part of our upcoming trip back to Havana in January 2017. We caught up with violinist Matt Detrick of Apollo to chat about some of the inspiration and interaction which led to the project.

What initially sparked your interest in Cuban music and culture?

Cuba has this almost mythical status to it, having been shrouded in mystery and intrigue for over a half-century. A flashbulb memory of mine occurred when I was 10 years old and first learned about the Cuban missile crisis…my eyes were permanently opened to the interdependency of the world, how we are all connected for good or for bad.

Cuban music captivates for good reason – it has a unique way of stirring the soul and inviting the listener to lose themselves in the moment. This is how I feel when listening to say, Buena Vista Social Club, Bamboleo, or the music of Leo Brouwer. I think these musicians represent Cuban music and culture very aptly and leave you wanting more.

How did the concept of “Imágenes de Cuba” come about, and can you share a little more information about the composition itself?

Imagénes de Cuba, the seventh work of our 20×2020 commissioning project, has been a few years in the making. The genesis arose during the summer of 2014 as my Apollo colleagues and I were planning commissions and booking composers to launch 20×2020. We were drawn to composer Arthur Gottschalk’s musical voice and approached him about a commission. While brainstorming themes, he mentioned a life-long fascination with Cuba’s rich musical heritage, particularly its unique fusion of classical and folk genres. We loved the idea and settled on a premiere date in the spring of 2016. Little did we know that big changes were in store for the US and Cuba!

Two years later Imagénes de Cuba was premiered for a full house at MATCH, one of Houston’s newest performing arts venues. It was particularly special to connect with so many in Houston’s vibrant Cuban-American community. Partnering with Refugee Services of Texas, we invited a recent Cuban immigrant to take part in a panel discussion with the composers. Such interesting perspectives and life stories were shared! It’s hard to describe, but during the performance there was this incredible energy in the audience…I think it had something to do not only with its size and diversity but also the ‘feel’ of a more non-traditional chamber music crowd. In fact, there were a few moments where the audience chuckled aloud at certain ‘jokes’ the composer embedded in the music. This caught us a little off guard, but in a positive way. 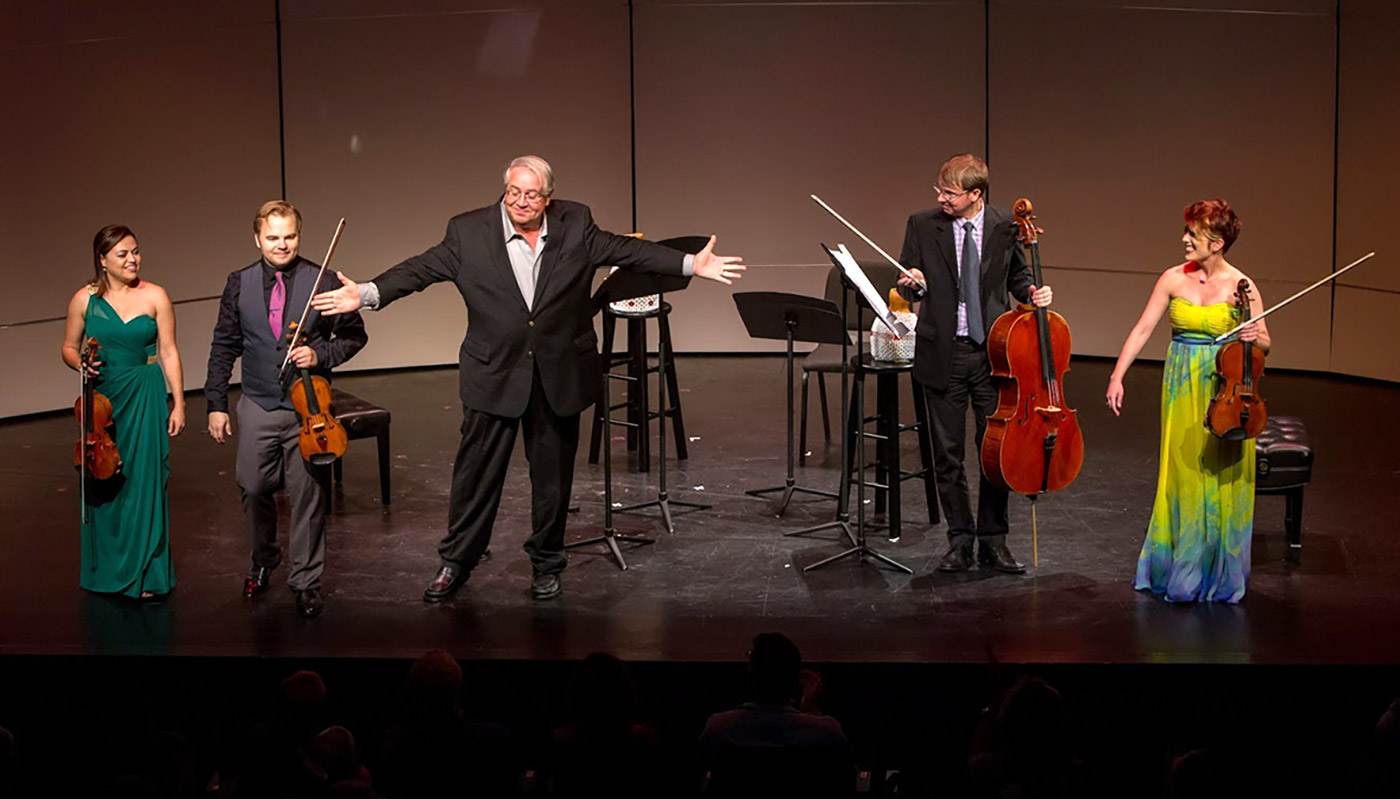 Imagénes de Cuba is the product of Professor Gottschalk’s two decades of musical research in Cuba. The composer’s aim was to incorporate Cuban folk music through various rhythms, styles, and popular songs. Fragments from the famous peanut vendor ‘protest’ song and the well-known Guantanamera color the first and second movements; the third movement, ‘Timba,’ is based on the Cuban music form of the same name, a combination of salsa, funk, rumba, and other popular dance styles.

The most challenging aspect to the piece is settling into the right rhythmic groove – on paper, the rhythms are remarkably complex, so the challenge is internalizing these individually and collectively to sound to the listener like we’ve been doing this our entire lives. It’s a very different demand and skill set than we’re used to…we’ve definitely grown as a result.

What other works will be featured alongside Arthur Gottschalk’s “Imágenes de Cuba” on your next album?

Our next album will consist entirely of 20×2020 commissions. (The first three project commissions were featured in Blurred Boundaries.) Imágenes de Cuba will be paired with our Croatian-themed commission (20×2020 No. 6) by NYC-based composer Alexandra du Bois, her fourth string quartet to date; Three Goat Blues (20×2020 No. 4) by Israeli-born composer Gilad Cohen, professor of music at Ramapo College in New Jersey; and a Persian folk music themed commission by Syrian composer-pianist Malek Jandali. It promises to be eclectic mix of new music and an organic outgrowth of our past work.

What was it like working with Cuban composer Maureen Reyes Lavastida on her piece “Más allá de una verdad..” and were there any challenges in performing this string orchestra work as a string quartet?

It was so much fun working with Maureen Reyes. She is a wonderful person and composer, and her musical maturity belies her relatively young age. As you mentioned, Maureen composed “Más allá de una verdad..” originally for string orchestra while a student in Havana. She later adapted the piece for string quartet, and Apollo was fortunate to present the American premiere (alongside Imagénes de Cuba). One challenge in performing the work as a string quartet is trying to replicate the ‘tonal fullness’ of a larger string ensemble; however, I think a deeper, more intimate connection with the audience is revealed in its smaller instrumental form. 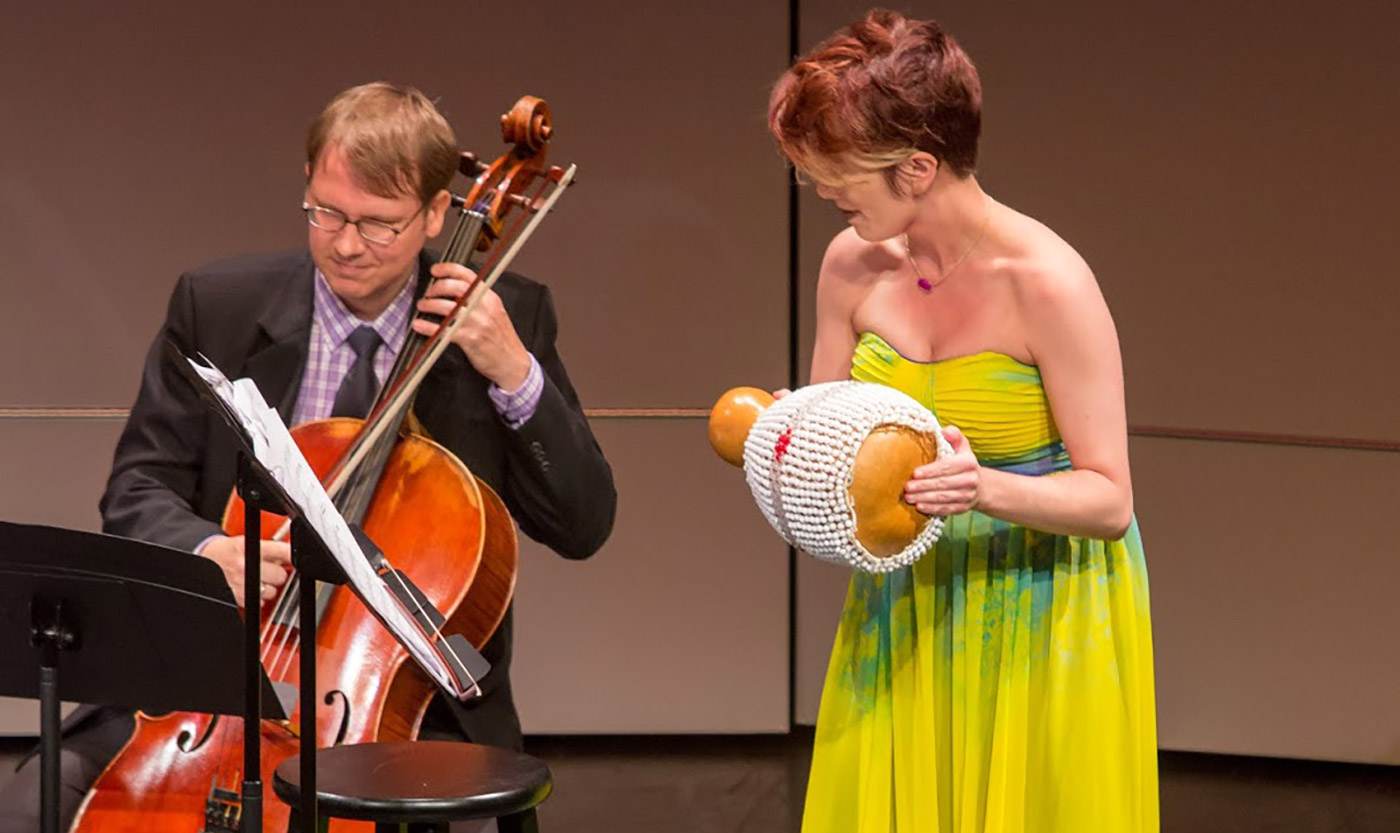 What do you think US-based ensembles and composers can learn from the music of Cuba?

Since music genres are more ‘blurred’ in Cuba – there is very little distinction between classical and folk music, for instance – I feel musicians and composers in the US can grow from identifying themselves simply as musicians. Why must we always label ourselves by genre? Granted, mastering the technical aspects of any artistic category is necessary. However, the end result of communicating and interpreting, of MAKING MUSIC, is the same. This is universal.

Also, it may not be well recognized (in the US, that is) that Cuban musicians perform at an extremely high, professional level. Combined with centuries of cultural mixing, the uncompromising standards of perfection fostered by Russian influence have helped define Cuba’s artistic performance and worldview. Along with this, we can learn how music and art flourish in the context of political oppression. Cubans have long been oppressed by their government, and a vibrant and professional music scene has been nurtured in spite – or as a result of – this situation.

Lastly, I hope that we might learn to really ‘let ourselves go’ during performance. There is such an emphasis on technical perfection in the classical music world that it sometimes gets in the way of performing and connecting with the audience. I think Cuban, and Latin music generally, are good models for which to strive in this regard.

Besides the music itself, what other elements of Cuban culture do you hope will inspire your upcoming recording sessions?

As big foodies, I expect the delectable cuisine of Cuba to help nourish and inspire our music-making! It’s much fun to experience the many facets of a different culture – its customs, art, music as well as its food. But the appeal of Cuba is so much more – having been closed off from the US for over a half-century, there’s a special appeal to take in the richness of its culture.

I love the work of Alejo Carpentier, the celebrated Cuban novelist and musicologist. He was one of the first practitioners of ’magic realism’, the literary idea of incorporating mythical elements into realistic fiction. In a way, I think this duality correlates not only to the music of Cuba, where musical ideas from Africa, Spain and other countries have generated rich, hybrid styles, but also to the real and perceived relationship between the US and Cuba. There is much to learn from one another. This cross-cultural experience, I hope, will begin to build a foundation for mutual cooperation and understanding. It is a special honor to record in the country which inspired the new commission, amongst its people and musicians.

Having explored folk music of many cultures through your work, especially on EUROPEAN FOLKSCAPES and BLURRED BOUNDARIES, which features are particularly distinguishable about Cuban folk music?

As mentioned previously, the lines between genres of music in Cuba are quite blurred. In fact, you could say it’s ‘creolized’, a mix of European, African and Chinese styles that have formed this distinct soundscape. Perhaps most noticeable is its unmistakable rhythmic energy and pulse. Polyrhythms, or multiple rhythms rendered simultaneously, are inherent in African percussion music, just as melody is at the core of European music. Composer Art Gottschalk inventively blends an Afro-Cuban percussion instrument, the shakere, with our classical, Western instruments in Imágenes de Cuba. It certainly brings a jive to the music and launches Apollo into new interpretive territories.

Why do you feel it’s so important for a US-based ensemble to collaborate with Cuban artists at this point in history?

My hope in Apollo visiting Cuba is to begin again the free cultural exchange between our two countries. Politics aside, we have much to learn from each other. From our perspective, their style of playing and approach to music is compelling; perhaps our artistic inquisitiveness and entrepreneurial spirit might tickle their curiosity. Beyond this, I strongly believe that music has the capacity to build bridges and cultivate empathy like no other medium. I hope we can use art to reteach people how to see and to foster new relationships.

We are proud to call Houston – one of America’s most culturally diverse cities – our home, and we are honored to help usher in this new era of artistic partnership between the US and Cuba.

Be sure to keep an eye and an ear out for updates about the upcoming Cuba project, and check out the video below to hear the premiere performance of “Imágenes de Cuba” in Houston: