We Remember: Composer Stephen A. Scott

The piano is often referenced as one of the most versatile instruments one can use to create music. It was composer Stephen A. Scott (October 10, 1944- March 10, 2021) that opened the instrument — quite literally — to another world of musical capabilities. His innovations in composition and distinctive works with PARMA are a legacy that we remember and reflect on today.

Professor Emeritus at Colorado College and The Evergreen State College, Scott is known for his innovation in founding The Bowed Piano Ensemble, a coterie of 10 musicians who evoke sustained drones, staccato plucks, and deep percussive language simultaneously from the strings and body of a single, open grand piano. Since its founding at Colorado College in 1977, The Bowed Piano Ensemble made nine tours in Europe and three in Australia, performing in world-renowned venues such as the Sydney Opera House, Lincoln Center, and even a concert hall that was once a volcanic lava tube in Lanzarote, Canary Islands. 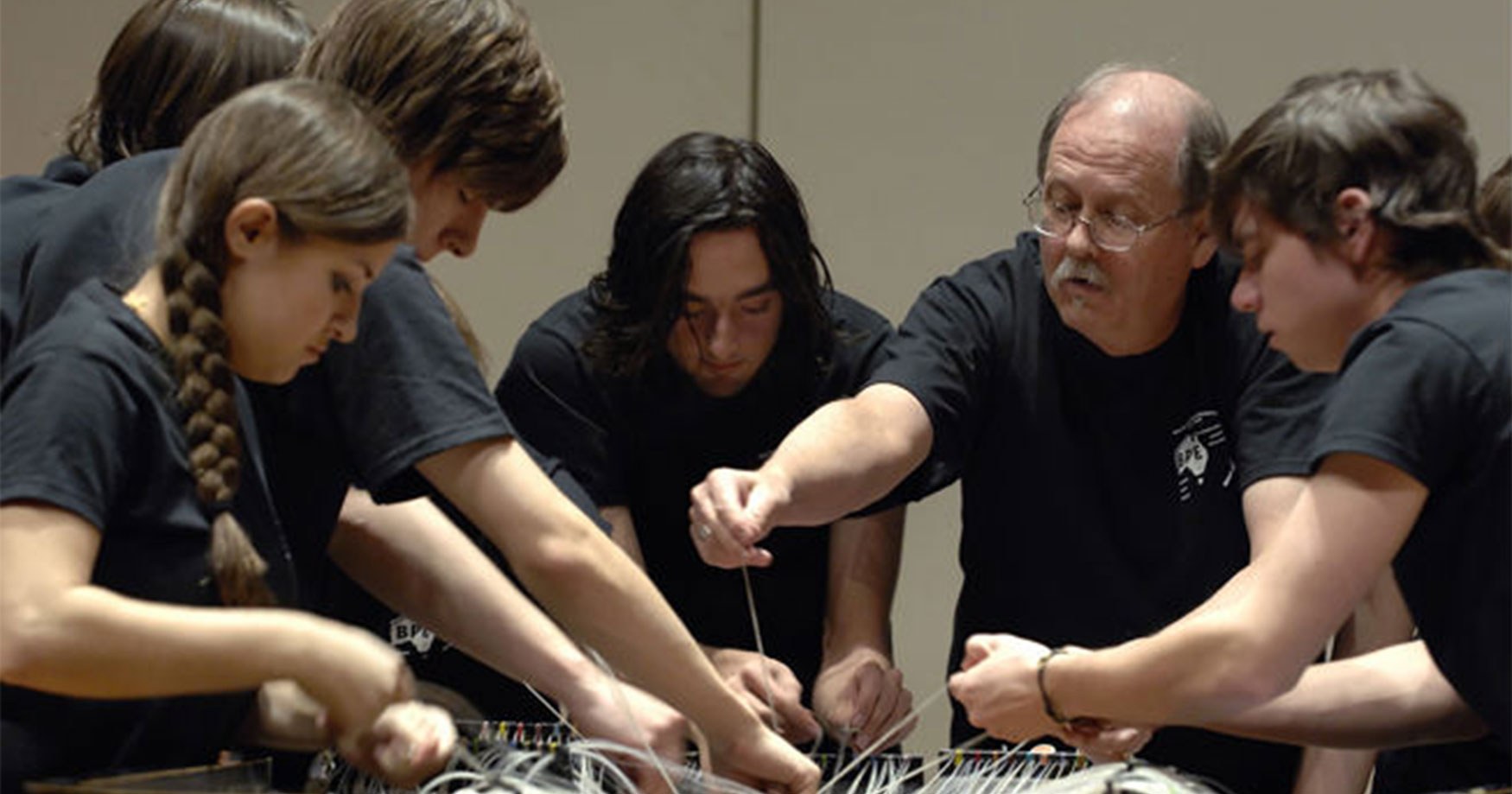 Scott and his ensemble toted an eclectic toolkit in their experimentation, utilizing piano hammers in a fashion resembling the col legno technique of string players, nylon fishing lines and rubber plumbing tape to bow strings, guitar picks to pluck, and the piano’s frame for percussive passages. Gathered around the piano like surgeons at the operating table, The Bowed Piano ensemble performed these techniques and breathed new life into one of music’s oldest staples.

The Bowed Piano Ensemble can be heard on Scott’s Navona album ICE & FIRE (2016). Recorded and released in 2013, the album showcases six compositions by Scott including Afternoon of Fire, a piece written for bowed piano and improvised Native American flute in remembrance of wildfires in his native Colorado. The album also includes Scott’s first composition for voice and bowed piano, which featured his wife Victoria Hansen as soprano. 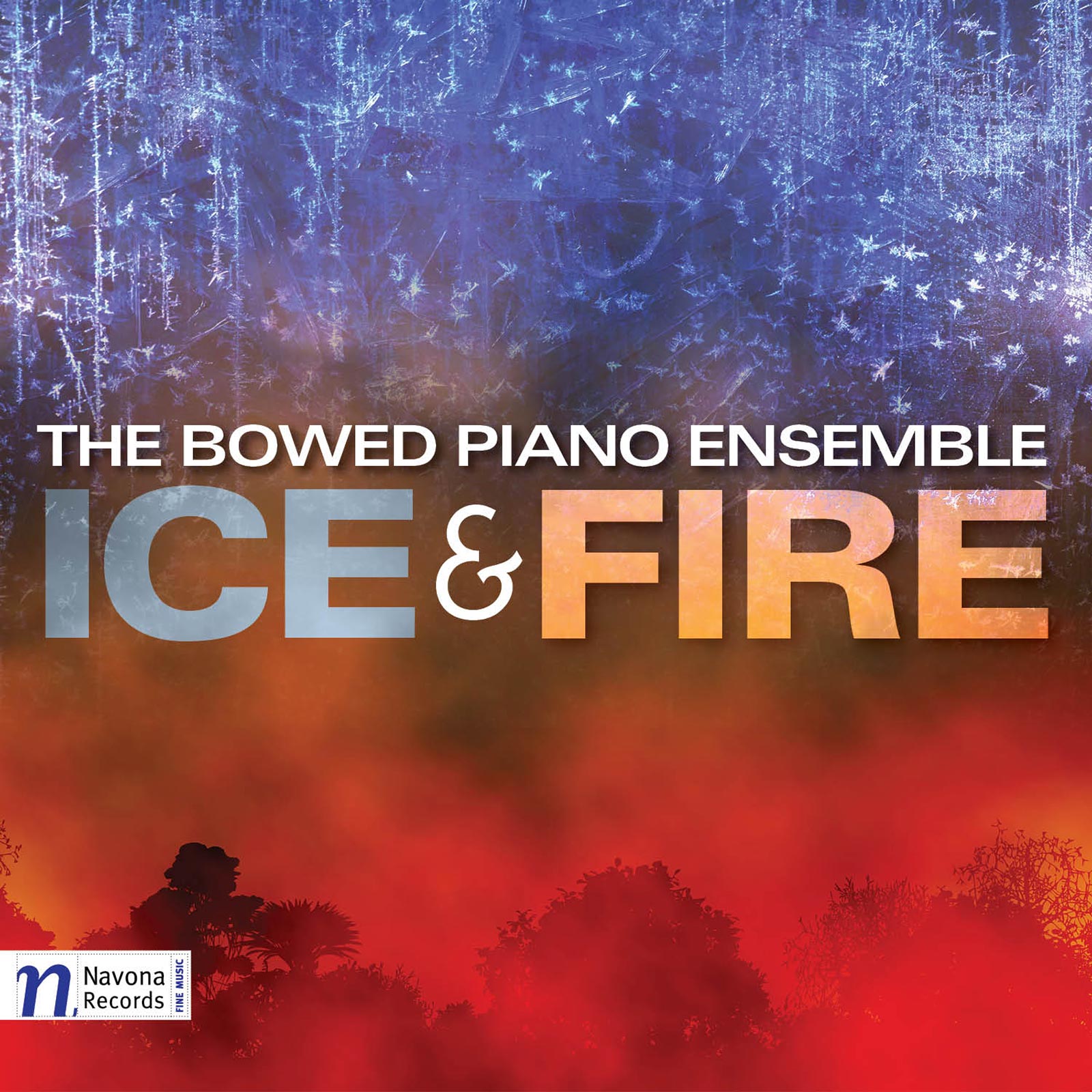 ICE & FIRE, the debut Navona Records album by Stephen Scott, showcases a variety of works for bowed piano. The album features The Bowed Piano Ensemble, an experimental piano group based at Colorado College in Colorado Springs that was founded by Scott.

“The instrument speaks in a new but strangely familiar voice, as harps, mandolins and orchestral strings seem to emerge. Scott has found his own orchestra in there.”

“But most composers who have tinkered inside the box have expected pianists mainly to use the keyboard to produce their sounds. What sets Mr. Scott apart is that his music, composed over several decades, ignores the 88 keys. His players go directly for the piano’s guts, and listening to his music without seeing the ensemble, you would not guess that it was produced on a piano — or, for that matter, on any conventional instrument.”

In addition to being a writer and a musician, Scott was an innovator. As the father of bowed piano, Scott exploited the many facets of the instrument’s composition, and transformed it into an all-encompassing musical tapestry. Scott’s curiosity, inventiveness, and musical mastery leaves a distinct imprint on the craft as we know it today, and reminds us that there is always more to be discovered in the instruments we wield.

A memorial service in Stephen’s honor is planned for Sunday, October 10, 2021, and Colorado College Music Department is planning a concert of his music on Friday, October 8, 2021 launching the college’s Homecoming weekend.