The Inside Story: Jovica Ivanović and PIAZZOLLA & GALLIANO

Internationally-renowned Serbian-Austrian classical accordionist Jovica Ivanović has released his newest album — PIAZZOLLA & GALLIANO — with Navona Records. The program features concertos from Astor Piazzolla and Richard Galliano, both legends in their own rights. Recorded with the Ukrainian Chamber Orchestra, Ivanović’s performances bring these masterworks to life with persuasive passion.

Today, Jovica is our featured artist in “The Inside Story,” a blog series exploring the inner workings and personalities of our composers and performers. Read on to discover the influence his father had on both Jovica and the album’s completion…

I realized it when I was a teenager. In Belgrade, at Kolarac Concert Hall, I heard Dvorak’s New World Symphony live and I was amazed. A few days later I heard Mozart’s Requiem. Again, I was overwhelmed, and I promised myself to stay in the world of music.

To be honest – large amounts of strawberry jam and listening to Rammstein a little bit too often.

Exactly what I try to work with right now; to be a solo musician. I can’t imagine doing anything else other than spend my time on music. I really haven’t thought about other occupations yet. Maybe to be a hairstylist, because I love to cut my hair myself.

Piano! When I was a young boy, my father always wanted me to make music. He gave me the accordion because this instrument is very often asked for in serbian folklore music in my home country, is popular and loved by everyone. But when I started to dig deeper into classical music and when I found out how fantastic the piano sound and also its repertoire is, I felt love. In addition to Rammstein, I often listen to piano music. My favorite piece is Rachmaninoff’s Piano Concerto No. 3.

It means a lot to me because it is my first album and it brought me a lot of experience. I needed to learn everything from scratch. In addition to the musical preparation, I had to do the whole organization. For sure, without the great support of my friends and family, I wouldn’t have made it this far.

Another big emotional factor regards the intense development within my family during the time of recording the album. Because my father got very ill, traveling to the Ukraine to record the album seemed impossible. It was my father himself who pushed me to bring the project to an end. After the recording in the Ukraine my father had died. During the recording my thoughts were with my father all the time. That’s the reason my album is dedicated to him.

My big wish is that I can reach the audience with the same intense emotion that I experienced in the moment of playing. 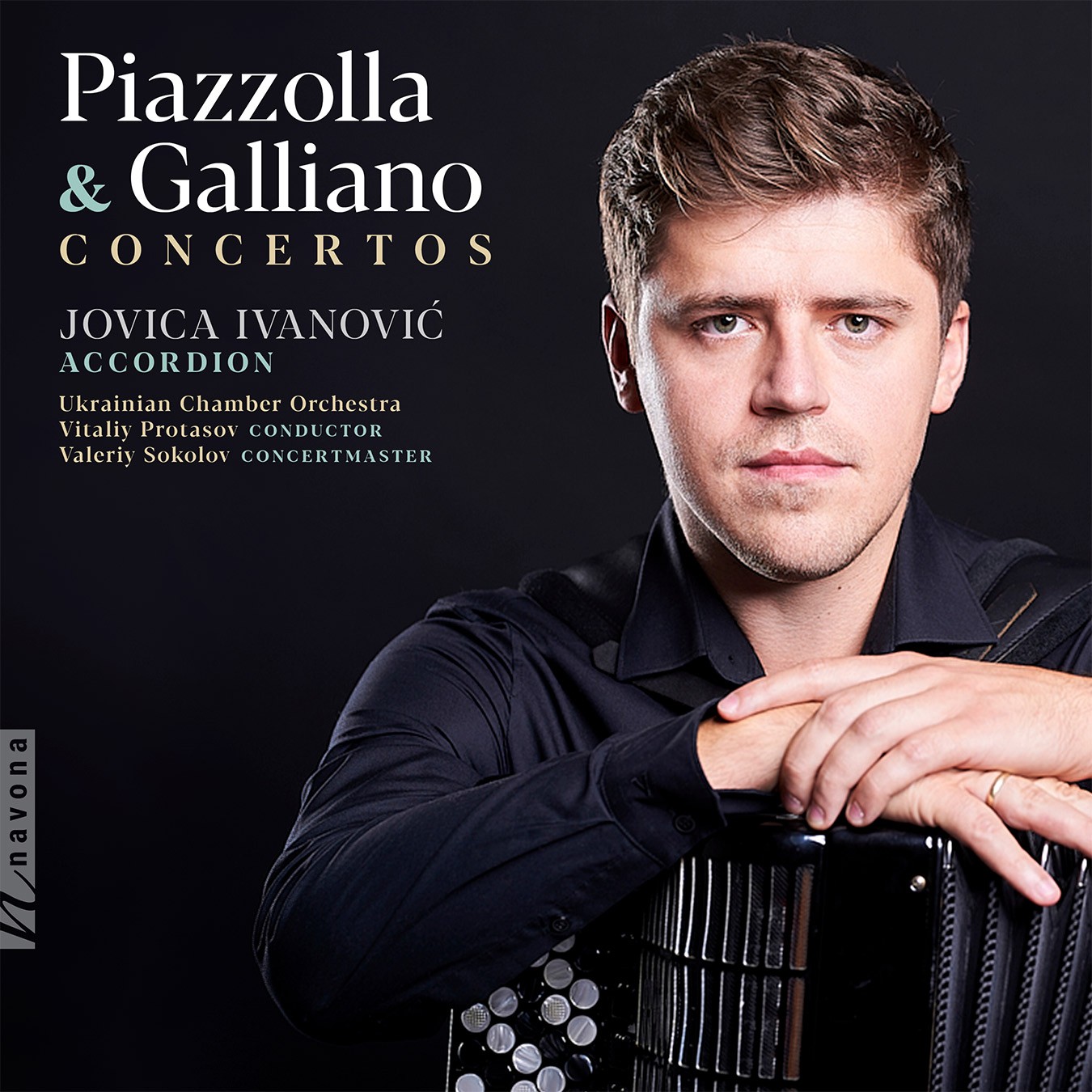 PIAZZOLLA & GALLIANO is available now from Navona Records. Click here to visit the catalog page and explore this album.