THE INSIDE STORY: Josh Tomlinson and MIND & MACHINE VOL. 2

Originally from the Outer Banks of North Carolina, Joshua Tomlinson is a composer, sound artist, and teacher specializing in electroacoustic music and technology. His background is in rock music with subsequent classical training in voice and guitar, and his compositions incorporate a range of musical styles, instrumentation, and media. Josh serves on the steering committee of the New York City Electroacoustic Music Festival and has participated as a composer and audio technician at NYCEMF since 2012. His compositions have also been performed at the PARMA, NSEME, SEAMUS, and EMM music festivals.
Joshua is an adjunct professor at Mid-America Christian University in Oklahoma City, and is currently completing his D.M.A. in Composition at the University of Oklahoma. His primary instructor is Dr. Konstantinos Karathanasis. Convergences, his composition on the MIND & MACHINE VOL. 2 compilation, is an exploration in audial dualities such as sound and silence, and is composed using the elements of wood and metal. When he isn’t composing or teaching music, Josh enjoys surfing, diving, and traveling with his wife.
Today, Josh is our featured artist in “The Inside Story,” a blog series exploring the inner workings and personalities of our artists. Read on to learn about Josh’s improvisatory collaboration with a sculptor and the experience of creating in real-time…

The first kind of music that captivated me growing up was punk, which I discovered through the group Green Day when I first heard their song Basket Case on the radio. I was 8. The sound was exciting and held my attention for more than a decade with groups like Bad Religion, Dead Kennedys, Misfits, The Ramones, and several others. There was, of course, music I heard before this that I enjoyed, but the fast tempos, distorted guitars, unique vocals (lyrical and non-lyrical alike), and outright audacity of the music was intoxicating. It was the first kind of music that made me want to create.

I bought my first bass guitar when I was 14, and started a band when I was 15. Nearly every waking moment, whether at school, work, or home, was spent thinking about and writing either lyrics or music, and often both. Time in the studio, putting on shows, organizing rehearsals, and writing music were all exhilarating. I was fortunate to have great friends (many thanks to Tyler Loftin and Ashley Witherington!) who joined me for the ride, and it was our collective experience that helped me realize I was an artist. As I grew older, my artistic interests changed, but the joy of creating never did.

My most unusual performance has probably been my ongoing collaboration called Monkey Wrench with sculptor Daren Kendall. It’s an improvisatory creative dialogue of visual art and sound, which results in something between Jean Tinguely and John Cage. It has been a refreshing exercise in what it means to observe and spontaneously respond to other creators. Sometimes participants are compelled to respond with silence or sound or something visual that the inspirer can’t even see, while other times the interaction is more apparent. During each session we address what it means to create in real-time, without any judgment, in an attempt to communicate collectively without words, in hopes that we can discover non-prescribed aesthetic moments.

I suppose the first part of that answer would be making a living as an artist, especially one that is frequently able to travel long distances for projects. That said, I have also enjoyed a balance between teaching and creative activities, and would perhaps feel something lacking if I weren’t able to help other artists maximize their potential. Teaching and creative activity often inspire and inform each other. I think the perfect job would be an educational institution full of kind, creative, and driven faculty and students, from all the arts, who are constantly helping each other grow and eager to collaborate. A place of inquiry, creativity, and laughter.

Baked goods and coffee. Any time of day. For me, the combination means a mental break from work, and it triggers my time to slow down and reconnect with people.

Often the most creative time I have is while traveling. There’s something about being in a consistent state of motion that inundates my imagination with possibilities. Traveling anywhere, especially somewhere new with plenty of time to wander, is incredibly stimulating. In a new place I hear different things, and I hear things differently. And so, it’s difficult to pick just one spot.

For me, it’s an opportunity to contribute to something that brings this kind of music to a wider audience. There’s a lot of interesting work going on in this field, and I’m excited to be able to present some of what has been created in recent years with so many other quality artists. 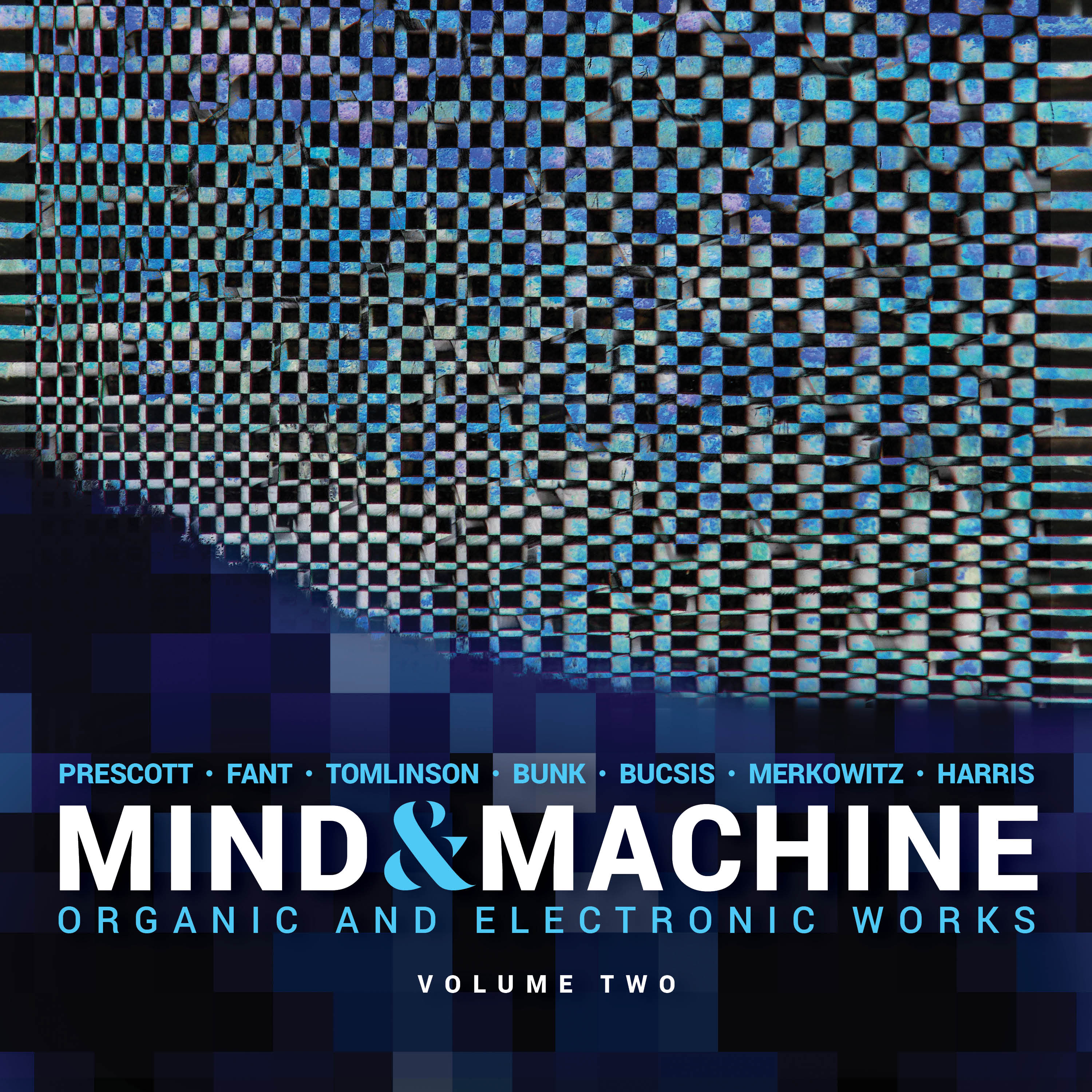 Convergences is now available on MIND & MACHINE VOL. 2 through Ravello Records for streaming or purchase. Click here to explore this new album.