THE INSIDE STORY: Jan Järvlepp and LEGENDS & LIGHT

Jan Järvlepp was born in Ottawa Canada. He began playing pop guitar at the age of 12 and took up cello in high school at 14. He also learned to play bass guitar and harmonica. At the University of Ottawa, McGill University, and the University of California, San Diego, he majored in composition while developing his cello skills. Once outside of the university environment, he began composing in a newer, postmodern style of neo-tonal music. The result has been a series of refreshing and accessible pieces of music that appeal to a wide cross-section of the public.
In 1981, Jan returned to Ottawa, having completed his doctoral studies in music at UCSD. He joined the Ottawa Symphony Orchestra and since then has been active as a composer, teacher, freelance cellist, recording technician, and as a contractor for chamber music groups. In 1993, the OSO under David Currie performed his Camerata Music to a very receptive audience, and in 1996 premiered his percussion concerto, the Garbage Concerto, to a wildly appreciative audience. He has also had a woodwind quintet commissioned by the CBC for the well-known Bel Canto Wind Quintet. His quintet, Pierrot Solaire, was a hit at the Ottawa Chamber Music Festival and has become his most popular chamber music work. Jan’s work, In Memoriam for string orchestra, was included on the 2017 Navona Records release TOMORROW’S AIR, and his Suite for Strings is now available on the Navona multi-composer release LEGENDS & LIGHT.

Today, Jan is our featured artist in “The Inside Story,” a blog series exploring the inner workings and personalities of our artists. Read on to learn more about Jan’s journey to becoming a neo-tonal composer…

That is an interesting question whose answer might surprise younger people. When I went to university in 1972, I was surprised to learn that the music of Tchaikovsky, Prokofiev, Shostakovich, Dvořák, and Sibelius was second-rate and not worthy of scholarly study. When I played cello in the Ottawa Youth Orchestra, these had been our “good guys” and we enjoyed playing their works. Instead, university students were instructed to study Webern, Schoenberg, Stockhausen, Varèse, Xenakis, and Cage as models of excellence. I have to admit that I didn’t like what I was hearing but I was smart enough to keep my mouth shut and eyes and ears open. My first composition teacher informed me that I would be composing an atonal 12-tone string quartet. I was alienated by this technique and the artistic results that it gave. As a result, there was fair bit of distance between myself and my professor. Things did not improve when I went to McGill U. for a masters degree in composition. Once again, atonality and complexity was expected of students, as our emphasis was on being progressive, cutting edge, and avant garde. We were apparently composing the modern music of the future as we rejected the techniques and styles of the past. One time, one of my compositions became tonal for a few seconds and my composition professor called it “tasteless.” By this time I had learned to shut up and put up. Still puzzled and alienated by all of this, I left for UCSD to pursue doctoral studies in composition. My main composition professor was a very dedicated modernist, avant garde composer, who had a reputation for being very demanding. By the time I finished my studies in 1981, I had become thoroughly disenchanted with atonal musical Modernism and stopped composing for several months. When I restarted in 1982, I switched to a style of “tasteless” tonal postmodern music that I continue to develop to this very day.
So no, I had no mentor on my musical journey. It became a voyage of self-discovery.

Somewhat unique in the Navona Records catalog, the Suite for Strings is actually pedagogical music. It is designed to instruct young string players in various aspects of string playing. However, I am hoping to succeed in a two-pronged approach. On one hand, I wish the music to be an effective teaching tool for youngsters. On the other hand, I have tried to make it an enjoyable listening experience for the audience, which typically consists of parents of string instrument students. These people have already been exposed to a lot of terrible-sounding squeaky violin playing, so it is tricky to try to engage the adult minds with attractive music while still serving the intended pedagogical function.
In the first movement “Changing Times,” the players learn how to switch rapidly from one time signature to another. The second movement, “Shifting Cargo,” is a shifting exercise in disguise. In live performance one sees the players’ left arms constantly shifting up and down the neck of the instrument, giving a it a certain theatrical aspect. There is the constant risk that a shift will miss, resulting in a clash of tuning among players. The third movement is a study of expressive vibrato as well as louré style bowing in which a series of pulsations happen within a single bow stroke. The violas and basses, who are usually left out of melodic playing in favor of accompanying lines, get to play the solo lines here. The fourth movement, “The Dance of the Monkey Man,” deals in rhythm, and syncopation in particular.
But adult listeners will not be preoccupied with instrumental playing techniques. This is where my compositional skills either succeed or fail. I’ve witnessed two live performances of this piece and I believe that nobody walked out during it. Phew!

Go that extra mile. You’re entering a very crowded market and only a few will become survivors. For every graduating class of a university music school, many people will fall by the wayside and only certain persistent and talented ones will succeed. So you have to gain as much knowledge and experience as you can. Anything that you can do to improve yourself is a benefit. Learn more than you need to know. And don’t put yourself in a rut. For example, if you are a freelance orchestral clarinetist, learn about jazz and pop music, about recording, notation software, music history, and theory. Everything that you learn and master is one more tool in your toolbox. 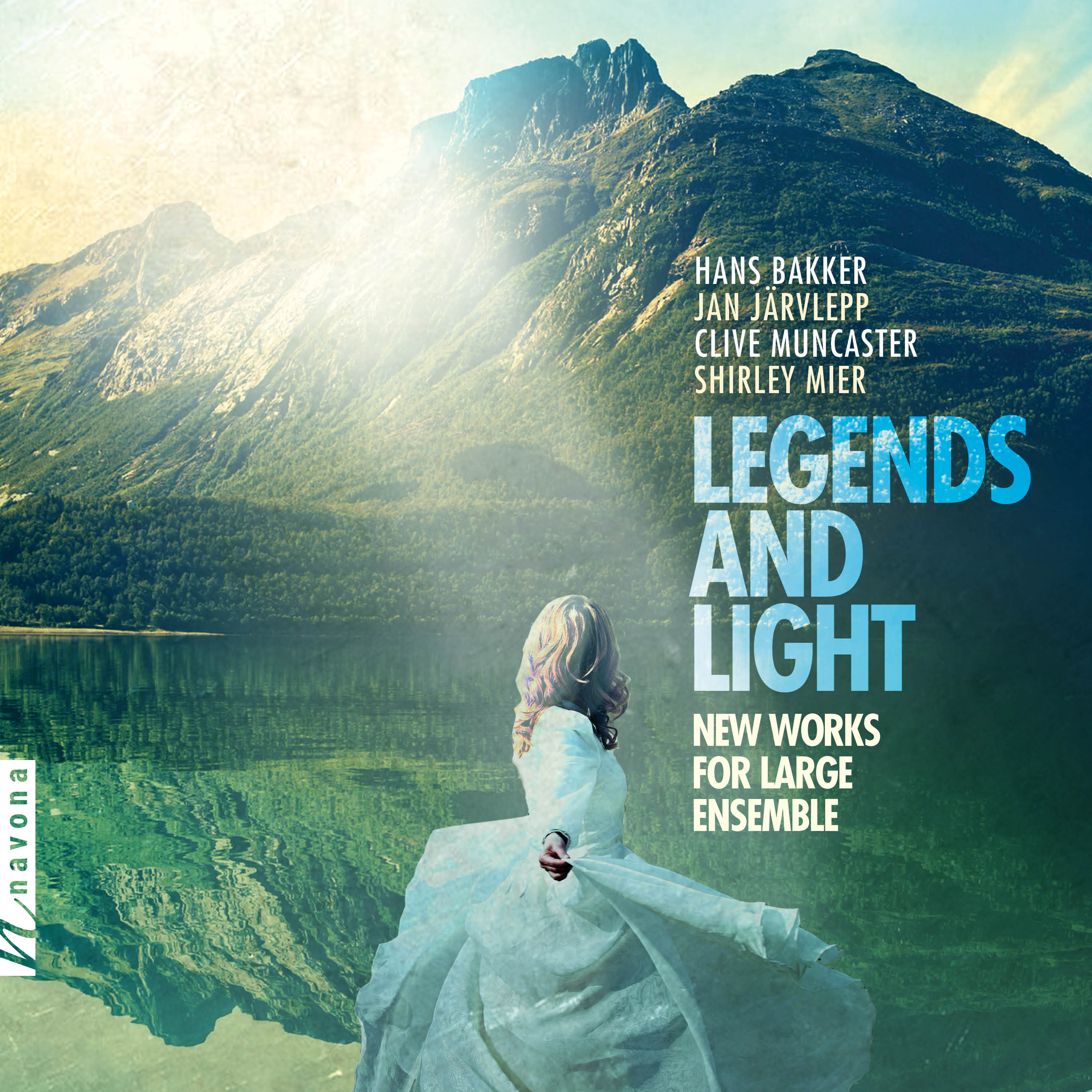 Suite for Strings is now available on LEGENDS & LIGHT through Navona Records for streaming or purchase. Click here to explore this new album.