THE INSIDE STORY: Douglas Anderson and ONE AT A TIME

Douglas Anderson is a prolific composer, conductor, educator, and producer who has been active in the New York area for 45 years. He studied music and psychology at Columbia University, and received his doctorate in music composition in 1980. His professional career began as a jazz musician at the age of 12, and he performed widely in the Eastern United States before moving to New York to attend college. His work as a conductor has been his performance focus for the last several decades.

Doug’s compositions include chamber works, orchestral works, concerti, solo vocal and choral music, electronic music, radio drama, jazz, film, and musical theater. His music has been heard around the world for decades, notably on Voice of America radio abroad, and nationally in radio dramas broadcast on NPR. He is on the faculty of the Borough of Manhattan Community College/CUNY, where he is currently Professor of Music and was Chairman of the Music and Art Department for 14 years. Critics have described Doug’s compositions as “fresh” and “elegant,” and his previous albums have been standout members of the Ravello Records catalog.

Today, Doug is our featured artist in “The Inside Story,” a blog series exploring the inner workings and personalities of our artists. Read on to learn when and where Doug finds that he is most creative…

As a composer, many things give me inspiration. Often, it’s simply a colleague or someone asking me to write a piece for a particular concert or event that interests me. Sometimes, I have a musical idea of some sort that intrigues me, and I write a piece that explores that idea. Because of my background in psychology (I have a degree in psychology as well as multiple in music), I am often interested in creating a piece of music intended to affect my audience in a particular way. Almost every piece is in some sense an experiment, and I’m always hoping to learn something new about composing along the way.

Also, since I’m an active conductor of diverse types of music, I find stimulation in the works of other composers, especially the great ones, whose music always gives me more food for my own musical thoughts.

I was born into a family where almost everyone made music. Both of my grandmothers were professional pianists, my father played trumpet and clarinet, and my mother played piano and sang. My siblings and I all started on the piano early (age 5 for me) and then switched to another instrument at age 8 or 9. My second instrument was clarinet, to which I added trumpet, saxophone, flute, baritone horn, trombone, percussion, bassoon, and more; I stopped counting. My first professional performances were at the age of 12, as a jazz musician, which one could say is my native dialect. I expanded to play every instrument and style of music I could get my hands on. By the time I went to college I had been playing professionally as a jazz musician for 5 years, and had played a lot of classical music, musical theater, and even appeared as a concerto soloist.

I remember playing a four hands piano duet with my older brother: Country Gardens by Percy Grainger. I was probably 6 years old, and very annoyed that my brother got to play the treble part which was more interesting than my bass part.

I decided to make this album of my solo instrumental compositions to give listeners the variety of musical experiences represented here. Since they were written over the course of 40 years for a variety of circumstances, each piece has its own personality. I think that every listener will find something of interest here. I also hope that instrumentalists may find a piece for their instrument that might intrigue them, or that they might find interesting and challenging to perform.

I have always been interested in a wide variety of music. Any music with intelligence behind it attracts my attention, regardless of the genre or style. Also, listening to music from all over the world gives me ideas for my own work. People everywhere listen to music for a great variety of reasons, and the different solutions other creative musicians have found to meet those reasons is a fascinating thing for me to encounter and think about.

All of my teachers along the way taught me useful lessons. Bob Shepard, George Horan, John LaCava in my childhood and adolescence; Mario Davidovsky, Joel Sachs, and Howard Shanet in my college years; Vladimir Ussachevsky, Chou Wen-chung and Jacques Monod in my graduate school years; and especially Charles Wuorinen, with whom I studied composition for three years and whose subtle yet direct and insightful (and always spot-on) criticisms I found exhilaratingly revealing and instructive – he really taught me how to think clearly about my music.

I find that creativity can strike at any time. It’s easiest to do something useful with it if I have peaceful time in which to concentrate and develop my ideas. The best is when I can have a daily (or even better, twice-daily) session by myself to work on and develop ideas. This is most often realized when I go on vacation to southern New Jersey every summer and go to the beach every morning and afternoon, composing, reading, swimming, and thinking. 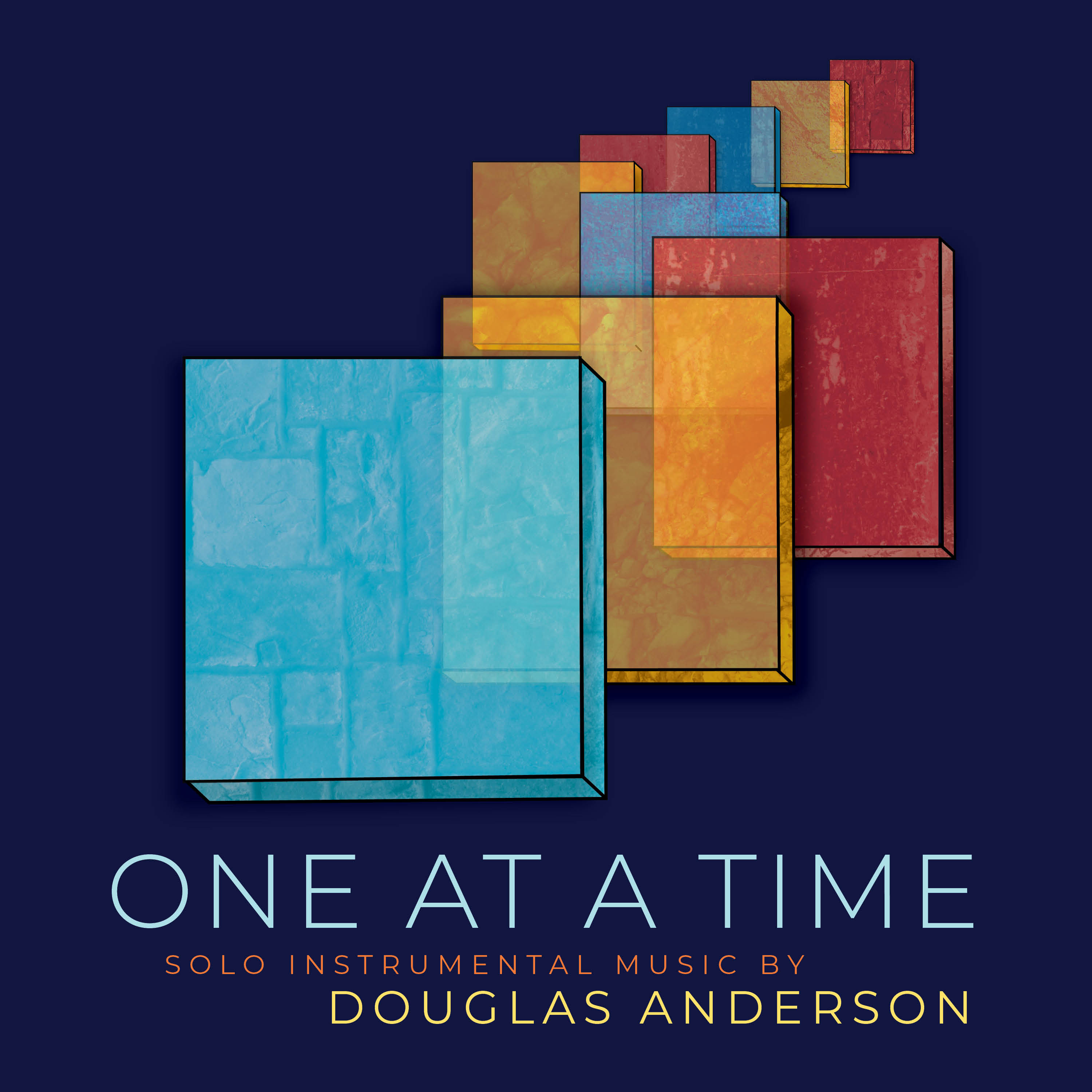 ONE AT A TIME is now available through Ravello Records for streaming or purchase. Click here to explore this new album.