Taming the music of “Wild Symphony” – Part One

Since my earliest days, I have always considered creativity and the creative process to be related yet distinct, two separate structures that cannot exist without each other.

Perhaps it is my way of marshalling my own creative forces, but for me the onset of inspiration and the boiling, roiling rush of artistic ideas which follows is something to be captured, bottled, and preserved in its original, possibly overheated state – and then, with distance, perspective, and clear-headed editorial analysis, carefully cooled and sculpted into its final form.

I am a creature of the studio, a producer at heart from the start who believes that the studio environment is an instrument or process to be mastered just like any other.  I have more live performances in my rearview mirror than I care to (or even could!) remember, but those notes are still hanging out there in the ether. 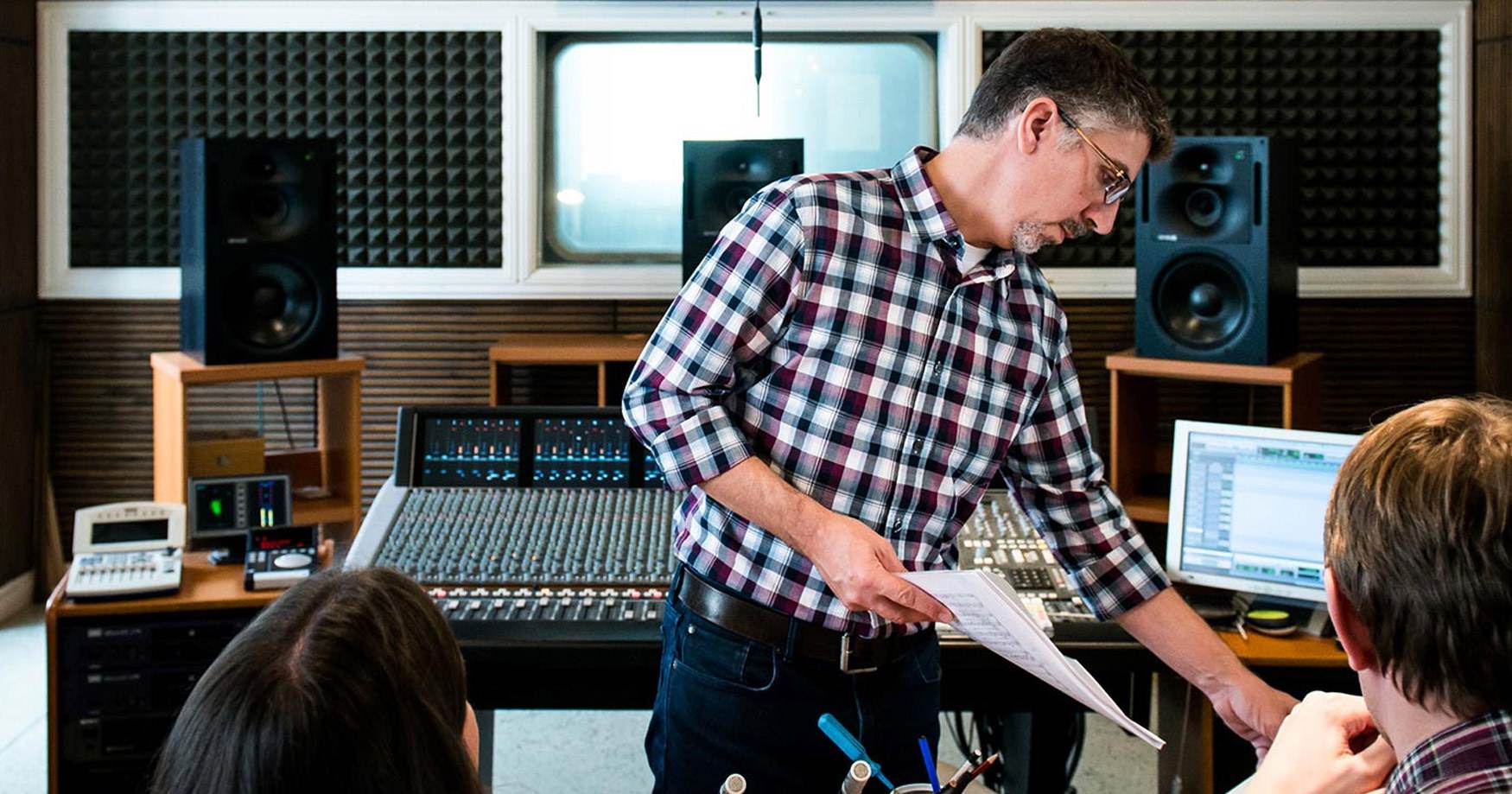 This is, I suppose, why I am not only a composer and performer but also the CEO of a recording company.  I may be old-fashioned, an analog body in a digital age like so many others, but making sure all those notes are presented just how I want them to be, whether it is in my own music or in that of the artists I’m producing, in a permanent form quite literally for the record, is possibly the most important musical function I have.

Time is both a partner and an enemy in this process because it frequently gets between the bottling of the original idea and its implementation.  We all have our drawers of unused music – Copland never threw a scrap away! – and know what it is like to re-discover something we wrote or recorded long ago that didn’t make it into the catalog for whatever reason.

Sometimes we might struggle to get back into the mindset of that original artistic impetus, but other times the joy of realizing we did something of value and merit, something that is still patiently waiting for our attention to be finished, is a truly delightful surprise.

So in the Summer of 2018 when Dan Brown and I began to discuss the project that would become WILD SYMPHONY, I had that feeling of delight, since we were addressing something that not only had artistic merit but that few people knew even existed – Dan’s own music. 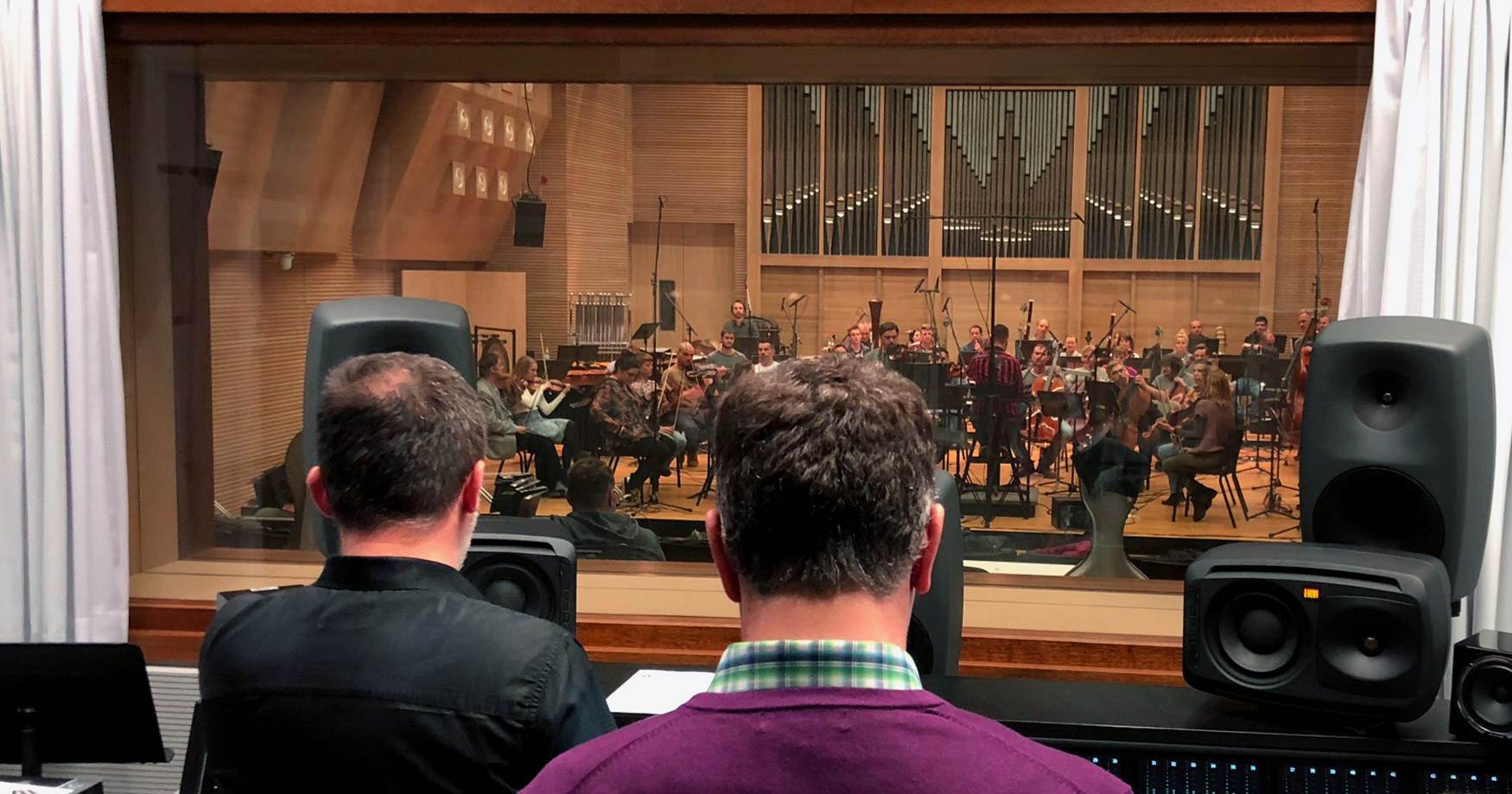 I first met Dan in Portsmouth NH at the historic Music Hall, where I am Vice President of the Board of Trustees and, since 2005, the Music Director for the Writers On A New England Stage series with my trio of nearly 25 years.  My duty for the series is in part to assemble and perform music related to the author, who gives a talk on their work and is interviewed for radio in front of a live house, and their work.

Think of it as a modified “Late Night”/”World’s Most Dangerous Band”-type setup.  Wonderfully fun but not a simple task by any means, particularly when you are trying to do right by some of the world’s most successful authors as well as an eager audience.

Dan’s first appearance in the series was in 2006, and I was deep into my research for the gig when I discovered that he had in fact started his public creative career not as a writer, but as a musician.  When I dug deeper, I was able to find a few tracks in the ones and zeros, and along with my longtime bandmates arranged one of the cuts as part of the concert.

To say Dan was surprised to hear his own music, in that moment, from the side of the stage as he prepared to make his first public appearance in years, performed by a bunch of strangers, with a full house of nearly a thousand people and the national media present… well, that would be understating the dynamic a bit.

Over these past 15 years I’ve seen a lot of surprised responses and laughs, from Margaret Atwood, to Supreme Court Justice Sotomayor, to John Updike, but this one was the best – confusion, shock, and delight in rapid succession.  I’ll never forget it.

When Dan was set to appear at the same series a few years later, he dropped me a line and asked if we would mind playing “Happy Birthday” for his Mom, who was going to be in the audience.  I said, “Sure, on one condition: you play piano with us.”

And play piano he did.  Talk about surprise!  I haven’t heard an audience go that wild before or since.

In 2015, I began working regularly with Dan to produce recordings of his music from his catalog.  Throughout that process, I got a real sense of the musical artist behind the world-famous, beloved, controversial #1 NY Times-bestselling author of “The Da Vinci Code.”  Exacting, detail-oriented, clear in his vision, with inspired, attractive, accessible ideas, yet also willing to experiment, to try outlandish concepts and techniques, and always do so with a smile and a laugh – in short, the ideal artist and the ideal collaborator.

During his world tour to support the release of his 2017 novel ORIGIN, Dan visited Shanghai China and appeared on television, where an interviewer brought up a project he did back in 1989.  Like my discovery nearly 15 years ago, this project – a handful of musical animal portraits and poems called SynthAnimals Dan wrote and recorded himself – was mostly a forgotten one, only consisting of some cassettes and CDs and papers that Dan, in his words, sold out of the back of his car.

Upon finding out about this project and hearing some of the work Dan and I had done together, the Chinese publisher of Dan’s books expressed an interest in the music and text.  While working on a different project of ours together, Dan told me about his experience in Shanghai and asked for my thoughts on the SynthAnimals music.

The tracks were designed to explore timbre, texture, mood, and structure in a programmatic, representational way, and it was clear to me that they could be effectively set for orchestra.  After all, Peter and the Wolf is nearly a hundred years old, and The Carnival of the Animals is much older than that.  The classical repertoire is long past due for another children’s classic, so what if we made one of our own?