Following roughly 130 submissions from Black and Hispanic composers, five cello and piano works from a Fall 2021 call for scores have been selected to be included in a fully funded recording and release, made possible by PARMA Recordings and a grant from the Sphinx Organization.

Launched by PARMA Recordings and seasoned collaborators cellist Thomas Mesa and pianist Michelle Cann, the project’s goal is to raise the voices of musicians from backgrounds traditionally underrepresented in classical music with fully funded performances and recording opportunities. 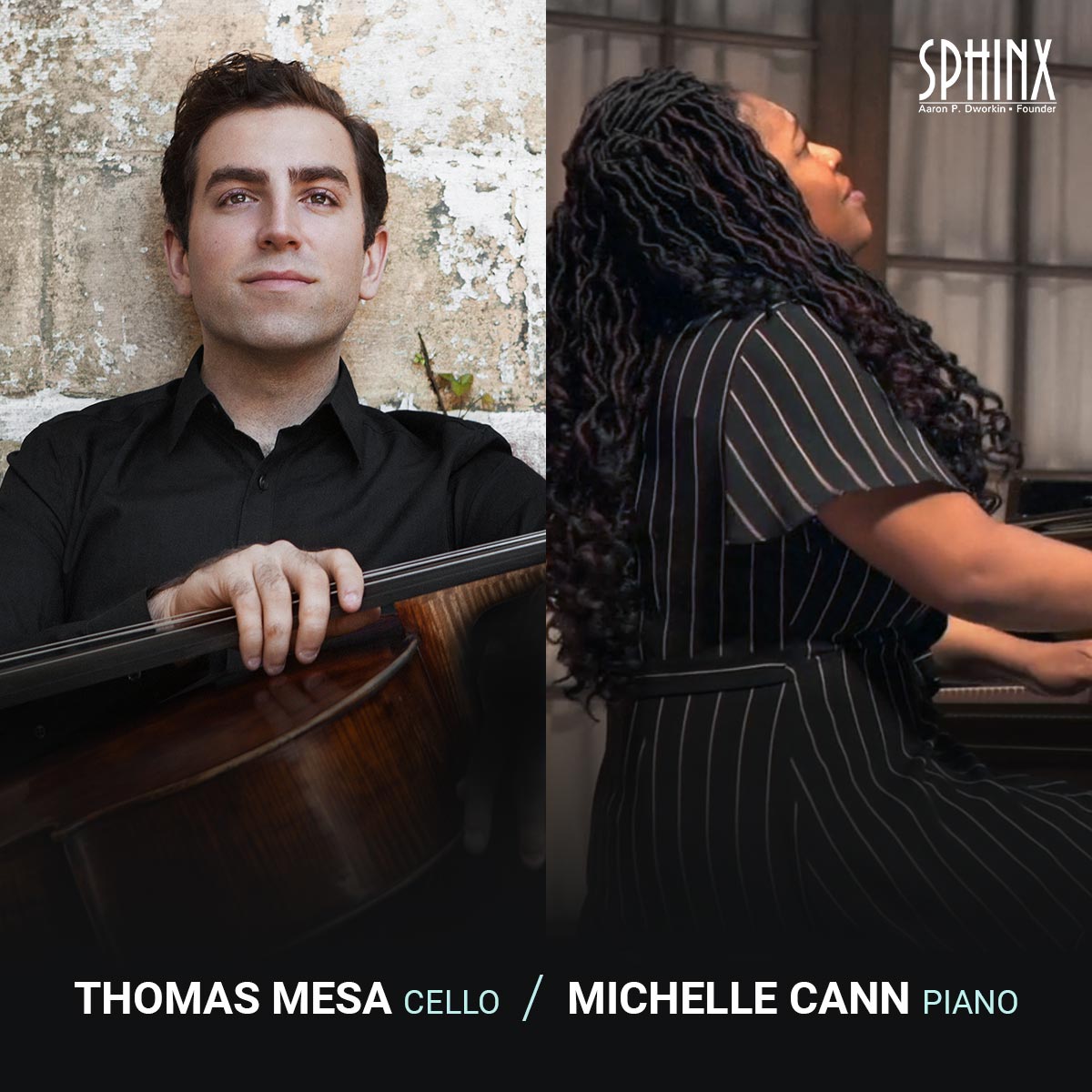 Mesa says Sphinx is a unique and exciting organization, whose founding mission is to transform lives through the power of diversity in the arts. Made possible through the organization’s Sphinx MPower grant with design, content, publicity, and distribution services funded by PARMA, the call aims to eliminate obstacles that composers often face by providing resources and funding for their projects.

“We are pleased to collaborate with Tommy and Michelle, two of the brightest talents out there on their respective instruments, to help bring these works to life. Teaming up with the Sphinx Organization on a project so closely aligned with our long-time mission of presenting new music from contemporary artists is both meaningful and energizing, and we’re looking forward to supporting Andrea, Mario, Kevin, Sebastian, and Carlos throughout the process and beyond.”
– PARMA Recordings CEO Bob Lord

Mesa and Cann have chosen five works for cello and piano from the call to include in their recording. These selected artists and their works will receive fully funded recording sessions with PARMA’s GRAMMY-winning audio team, and will be released by the company’s three time GRAMMY-nominated Navona Records imprint.

Mesa sees great opportunity here, with the project’s ability to focus the recording on compositional acumen and strength of performance, rather than it being dependent on the composer’s ability to fund the project.

Production is set to begin in spring 2022. In addition to their release and future performances, Mesa would like to help increase composers’ visibility in multiple realms, possibly connecting the resulting project with Sphinx Connect and making the chosen scores increasingly accessible to performing ensembles.

Dive in and learn more about the selected composers: 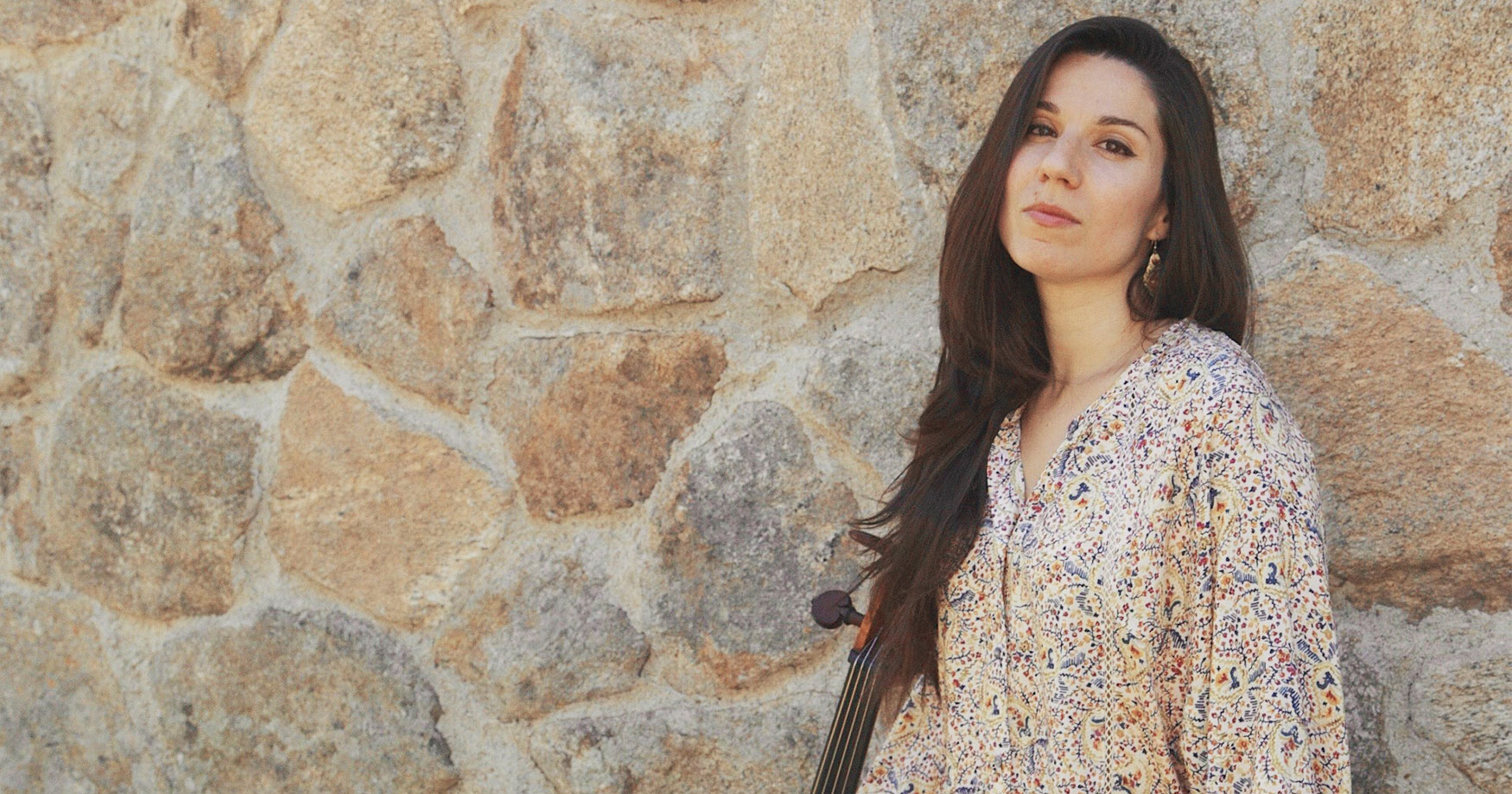 Praised by The New York Times for having “traversed the palette of emotions” with “gorgeous tone and an edge of-seat intensity,” and described by Diario de Menorca as an “ideal performer” that offers “elegance, displayed virtuosity, and great expressive power,” Spanish cellist and composer Andrea Casarrubios has played extensively as a soloist and chamber musician throughout Europe, Asia, Africa, and the Americas. First Prize winner of numerous international competitions and awards, Andrea has often appeared at Carnegie Hall, Walt Disney Concert Hall, Lincoln Center, and more. A composer in residence at the Crescent City Chamber Music Festival, her compositions have been heard in 78 countries. Casarrubios is a founding member of Trio Appassionata, the cellist of Brandenburg String Trio based in Berlin, and the Manhattan Chamber Players in New York. For more information visit: www.andreacasarrubios.com 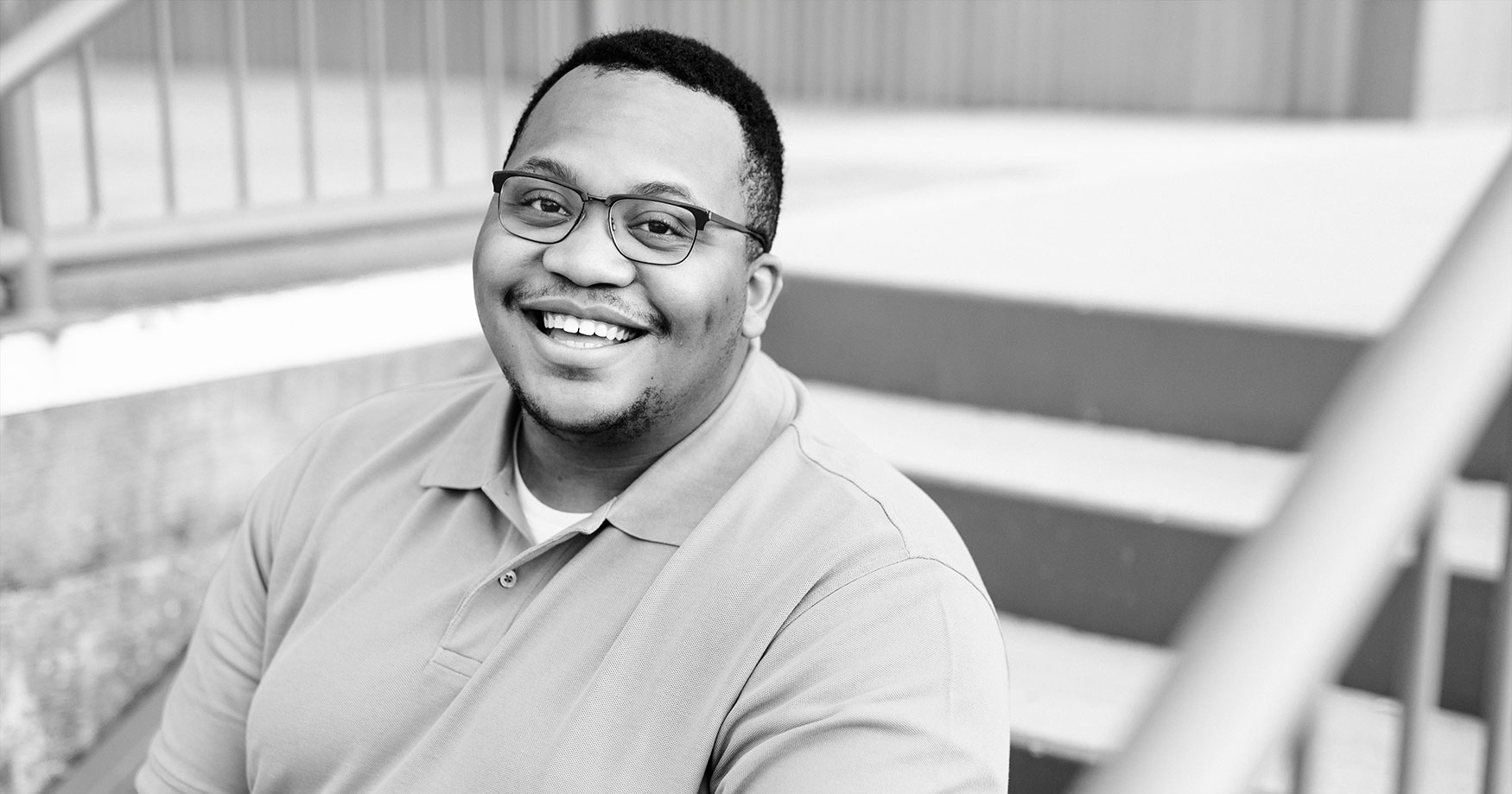 An American composer whose music has been “characterized by propulsive, syncopated rhythms, colorful orchestration, and instrumental virtuosity,” (Robert Kirzinger, Boston Symphony Orchestra) Kevin Day (b. 1996) has quickly emerged as one of the leading young voices in the world of music composition today. Day was born in Charleston WV and is a native of Arlington TX. Day is a composer, conductor, producer, and multi-instrumentalist on tuba, euphonium, jazz piano, and more, whose music often intersects between the worlds of jazz, minimalism, Latin music, fusion, and contemporary classical idioms. 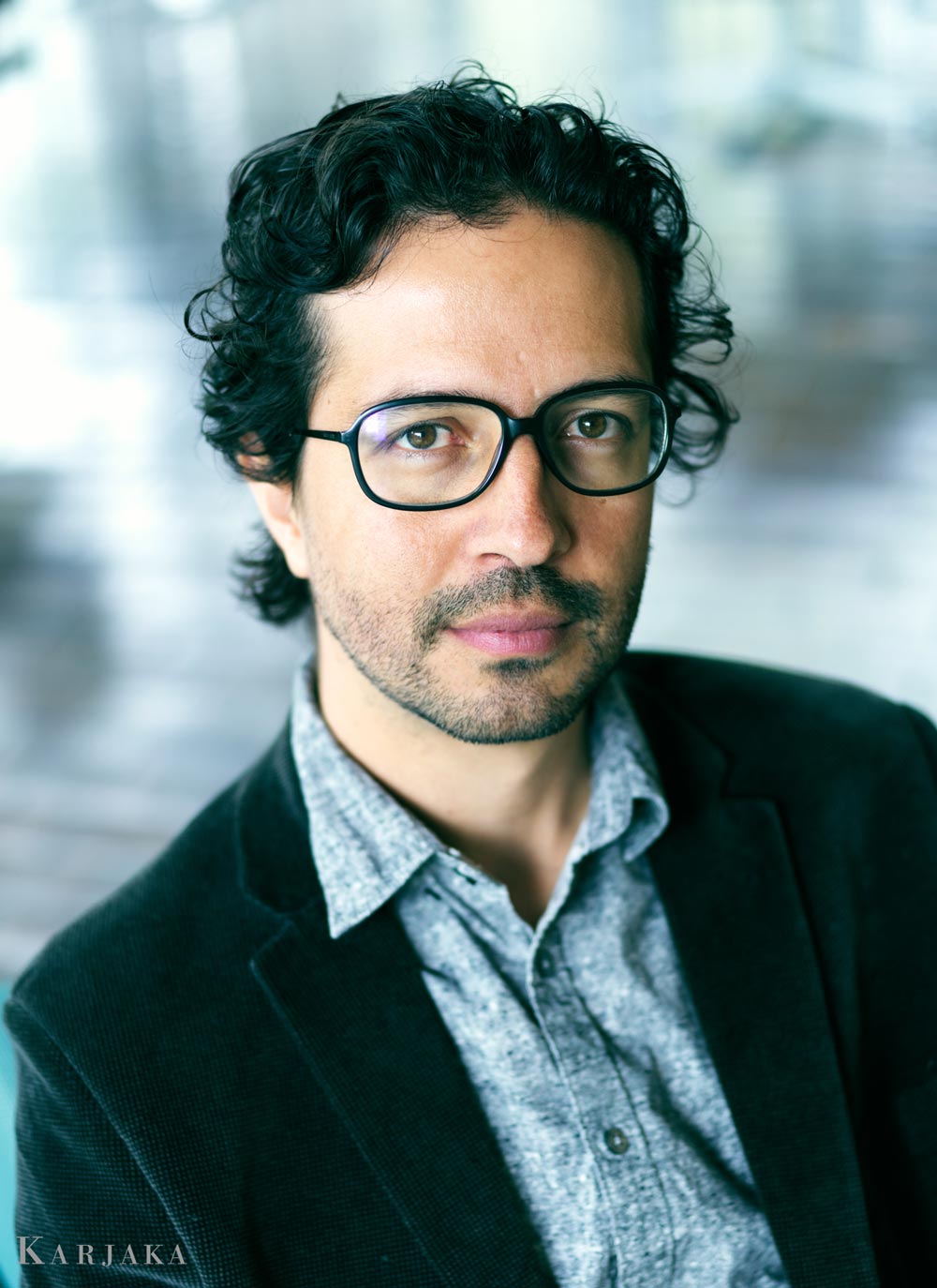 Sebastian Quesada is a Costa Rican composer interested in exploring the ambiguous and subjective condition of music to suggest particular images. Appealing to a mixture of different genres and processes, his pieces try to address musical narratives related to how we — as social entities — perceive our environment. His openness to collaboration has led him to work in a variety of contexts — from chamber music to rock music, incidental works, arranging, installations, among others — which has contributed in his intentions to synthesize different elements towards extra-musical concepts. For more information visit: www.sebastianquesada.net 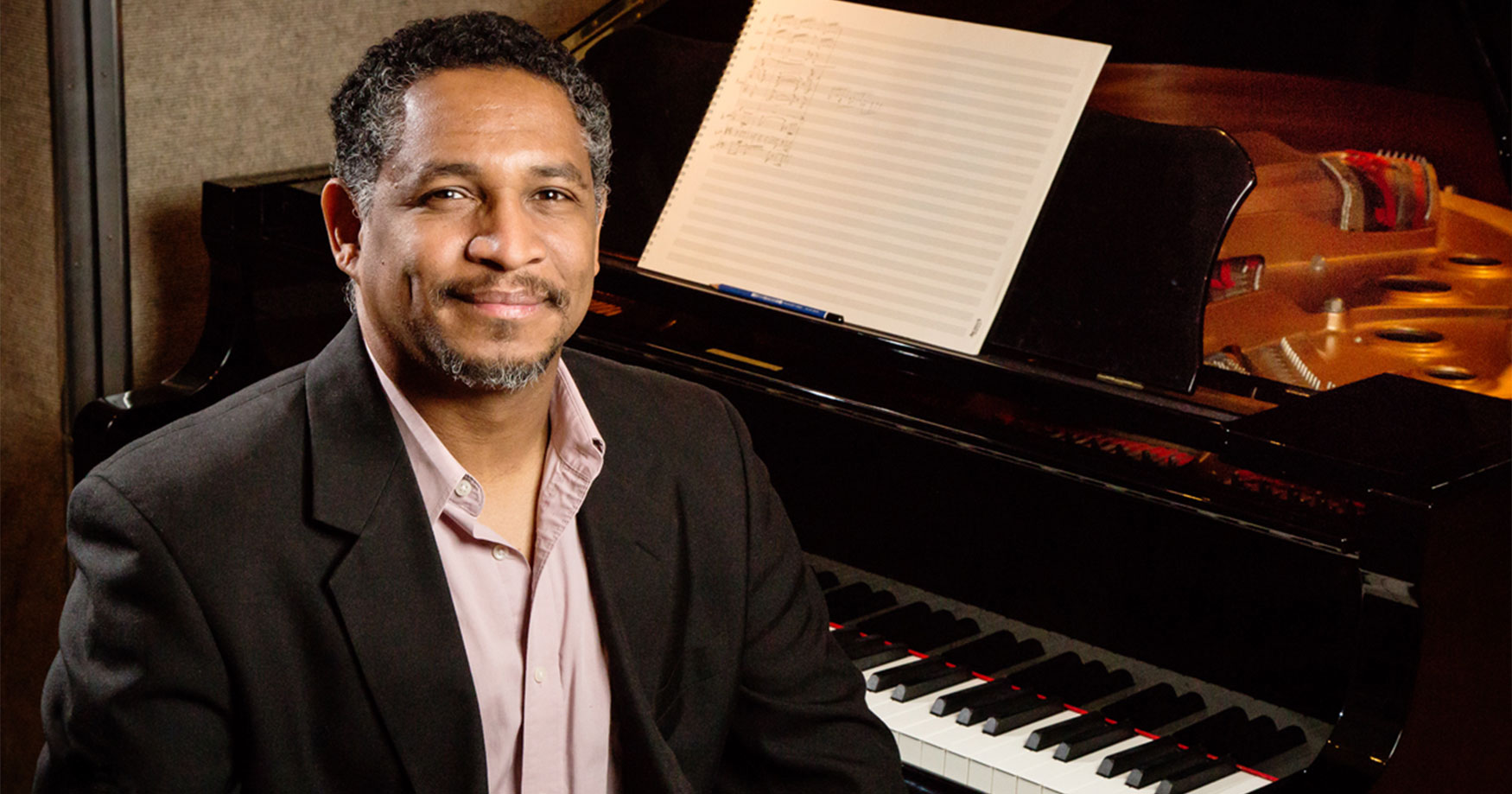 Born in San Juan PR, composer Carlos R. Carrillo holds degrees from the Eastman School of Music (B.M.), Yale University (M.M.), and the University of Pennsylvania (Ph.D.). In 2004, he received a commission from the American Composers Orchestra, the second such work commissioned for ACO by the BMI Foundation, Inc./ Carlos Surinach Fund. In 2002, his symphonic work Cantares was featured at the inaugural “Synergy: Composer and Conductor” program presented by the Los Angeles Philharmonic and American Symphony Orchestra League. In 1998 he received one of the first Aaron Copland Awards from the Copland Heritage Association and he was the 2001-2003 Van Lier Emerging Composer Fellow with the ACO. He has taught composition at DePauw University, Reed College, and the Conservatory of Music in San Juan PR. For more information visit: music.illinois.edu/faculty/carlos-carrillo

Mario Oyanadel is a Chilean composer holding a B.A. in Composition from the University of Chile. His work is shaped by a diverse catalog that includes solo and ensemble chamber music, orchestral works, interdisciplinary pieces, scenic music, and performance. Oyandel is a member of the National Society for Chilean Composers. 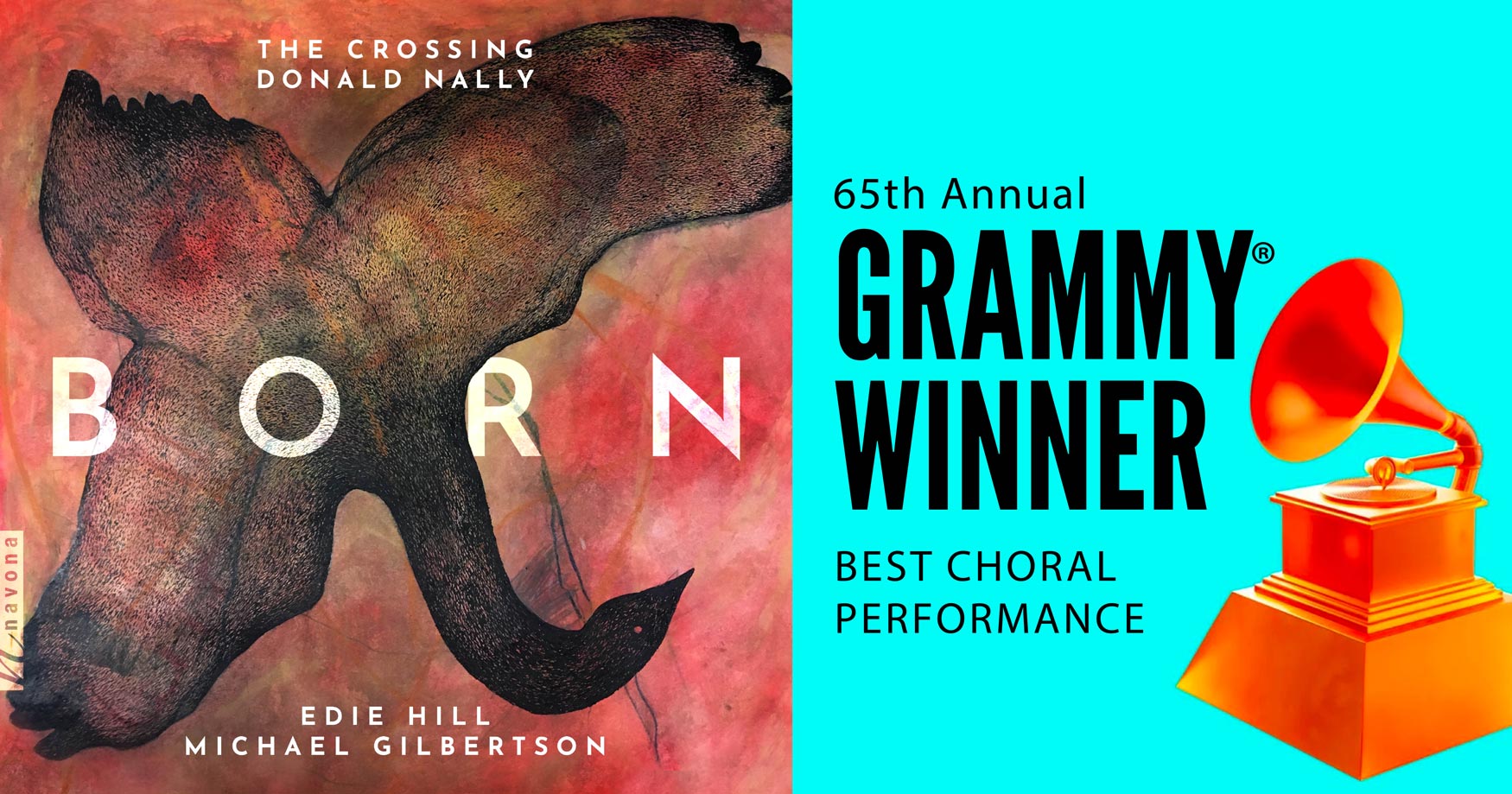 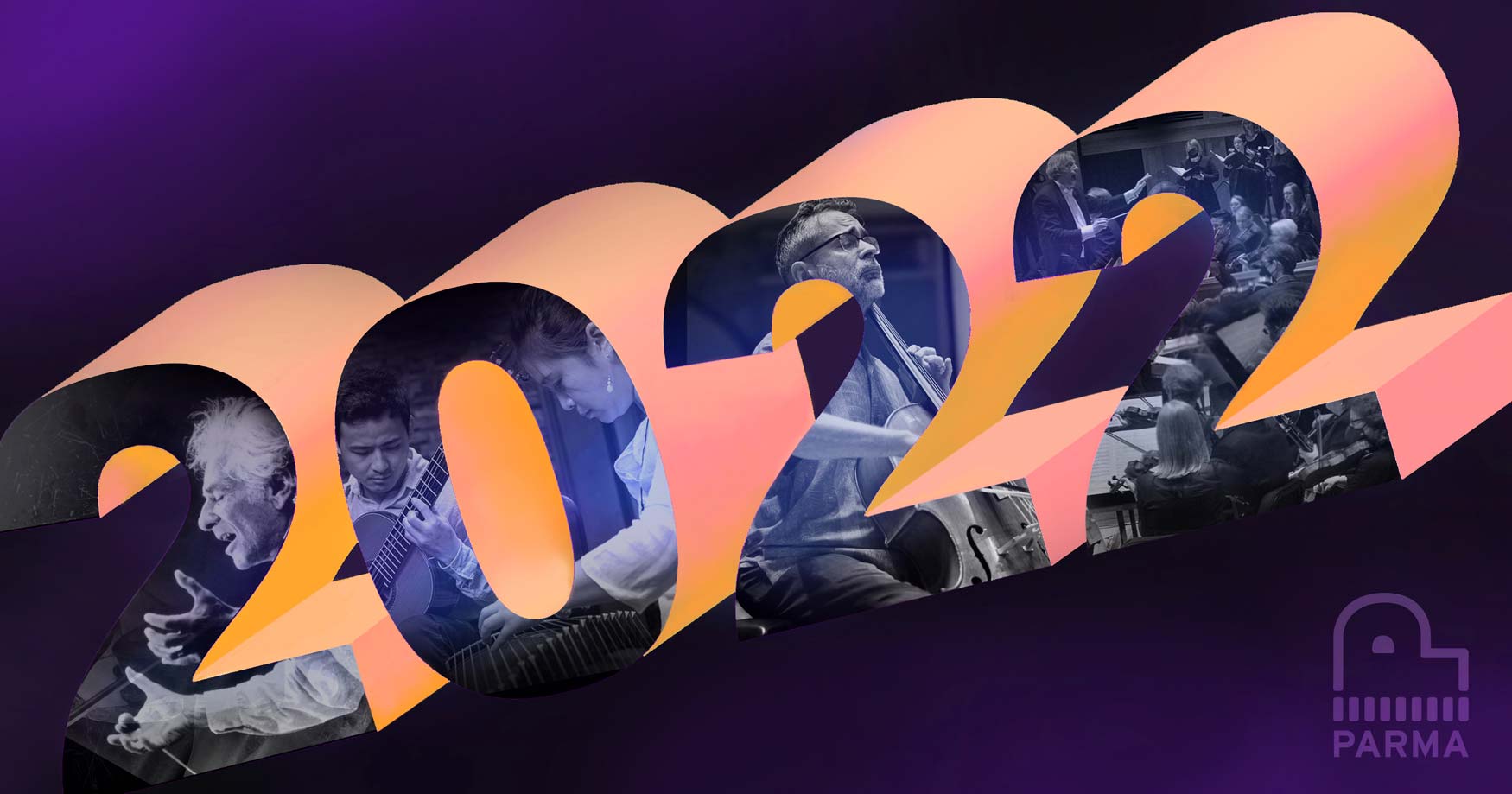