“Letters from the Road” – The China Tours

PARMA Recordings’ first tour of China kicked off this summer, with artists packing their bags for the upcoming opportunities abroad. Over the past couple months, we’ve watched from afar with pride as ensembles made their way through debut tours across China – a nation eager to welcome and experience Western culture and music. Axiom Quartet and the Harrington/Loewen Duo traversed the nation this August, filling brand new concert halls with enthusiastic crowds of all ages, and we vicariously experienced their trips through “letters from the road” (ah, the joys of instant communication!).

Axiom Quartet, coming straight off the heels of their debut album’s release, AXIOMS: MOMENT OF TRUTH, traveled with the guidance of PARMA and our partner Joy Titan through halls across China on their 12-concert tour, delivering sold-out concerts to the other side of the world from their home in Houston. After Axiom’s first concert, CEO Bob Lord received an email from cellist Patrick Moore, where he described the sights, sounds, and flavors of the first few days of travel: 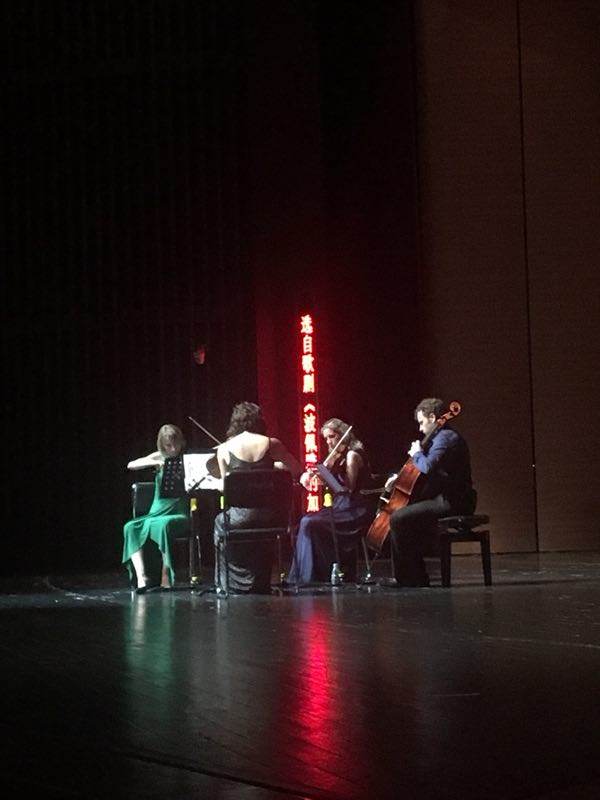 “We had our first concert yesterday! The concert was a smash success. The audience adored Karl’s piece. They gave us strong clapping feedback after his piece. Their favorite however was ‘Manual of Youth,’ a boy band song which was popular a few years ago. They went nuts before and after the performance of that song.”

Composer Karl Blench, Axiom’s de facto fifth member, played an integral part in the ensemble’s debut album. Each full piece is connected by short “transitions” written by Karl, giving a sense of cohesion to the entire album. In addition, Karl composed the final piece on the album, Axiom, which explores the individual’s search for truth and reason.

Local infrastructure made navigating the ensemble’s airtight schedule a breeze: 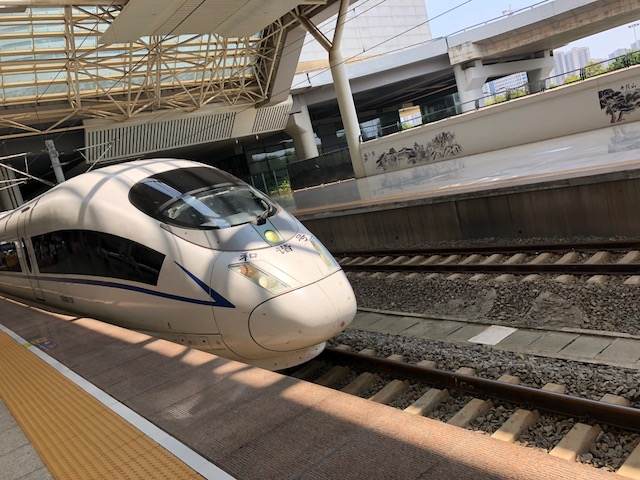 A bullet train pulling into the station

“The bullet trains are incredible! You can barely feel movement and you are going 300 KPH! I slept like a baby during the the first train we took.”

And of course, the thing we always wonder when our artists are abroad…

“Food has been super awesome! Everywhere we eat there is such creativity and innovation in the food. Some highlights:

Sweet and Sour Fish with Dragonfruit

“Lightly tempura fried purple sweet potatoes – super sweet and melts in your mouth following a satisfying crunch. Rice porridge stuffed lotus root – a crunchy sticky carbohydrate delight. Sour cabbage Sole soup – this was a winner last night. It tasted like a Thom Kha Thai soup, but more watery and more bitter. The fish was very light and had a gelatinous texture. Normally gelatinous fish is too much for me, but this was lightly sweet and fantastic. We also had thinly sliced fried potatoes that were covered in spice. I found this to be incredibly spicy and flavor filled. The two non spicy eaters in the group thought it was delicious.”

The ensemble’s energy and enthusiasm were unwavering as they plunged on into the next week of performances. A second letter from Patrick soon arrived in Bob’s inbox:

We are now in Nanning. This is the capital of Guangxi. We just came from Liuzhou. Liuzhou will now hold a special place in my heart as one of the best cities I’ve ever visited. It is surrounded by these incredible craggy limestone mountains that seem to appear out of nowhere. The people in Liuzhou were quite sophisticated and terribly sweet.

“The 3rd concert we gave was in Liuzhou and was easily one of the best acoustics I’ve ever experienced. The hall was enormous with at least 1,000 seats.

“The best night, we drove an hour and a half and played in a very small town. We ended up getting amplified at this concert. It was needed as there were about 1,500 seats. Surprisingly, we nearly sold out this concert! We later found out that was because this was the first concert in the hall. That was quite an honor to play their opening night.

“The people attending the concerts have been quite intense after the shows. They all want photographs and autographs. It’s quite humbling to receive so much attention. After this concert, we were mobbed and needed to be ushered away at a certain point by our fearless tour guide, Jessie.”

Just a few short days after Axiom wrapped their final performance, saxophone/piano duo Allen Harrington and Laura Loewen set off on their round of performances. The Canadian duo, who have released two albums with Ravello Records (THE POSTCARD SESSIONS and METROPOLIS), expanded their already global audience with performances that welcomed in local Chinese talents. They sent their thoughts to members of Sessions and A&R, reflecting on the week’s events:

“We just finished our last concert last night in Baoding. The hotel in Shijiazhuang was very very nice. It’s in the tallest building in Hebei province! The view from my room on the 46th floor was spectacular. 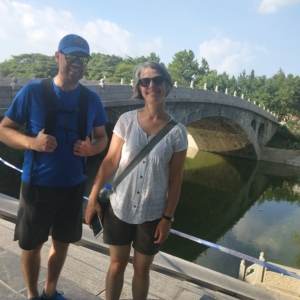 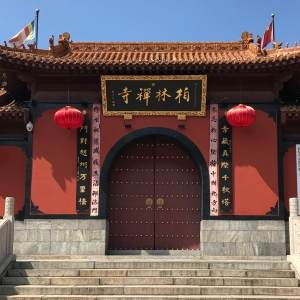 “On a free day before our concert in Shijiazhuang we traveled out into the countryside to visit the Bailin temple and the Zhaozhou bridge. The bridge is the oldest in all of China, and is the largest open-spandrel segmented stone arch bridge in the whole world! It was built during the Sui dynasty (595-605).

“The concert in Shijiazhuang went well as did the Baoding concert last night. There was a local student saxophone quartet that performed one piece on the concert in Baoding as well. 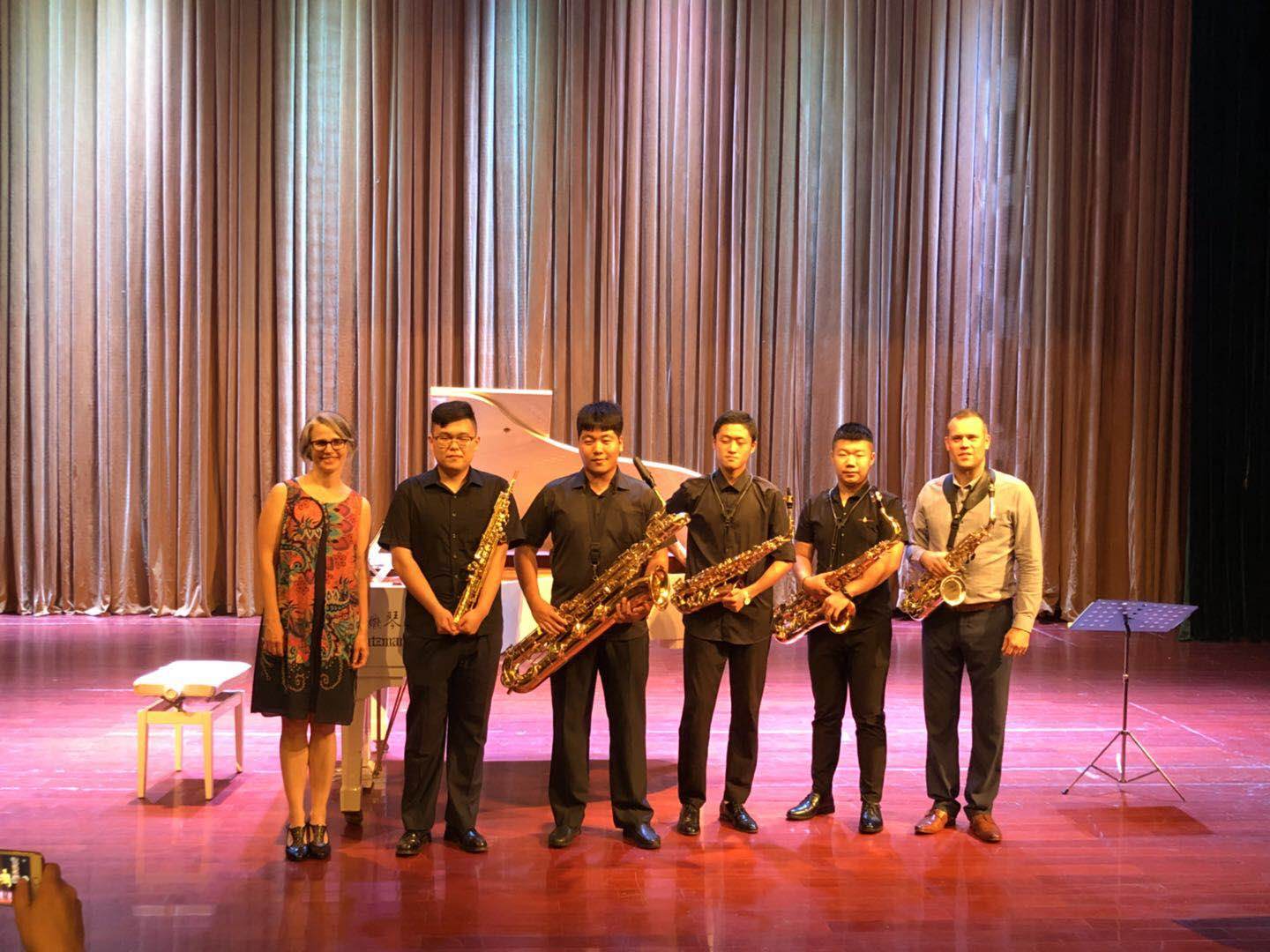 Now we are off to Beijing and have one and a half free days before we fly back to Canada. We have to say goodbye to our wonderful translator, Hannah, so we have hired a private tour guide to take us to the Great Wall tomorrow. We look forward to sampling some Peking duck in Beijing as well!!”

PARMA has enjoyed receiving these “letters from the road” and we hope you do as well. Keep an eye out for later installments featuring pianist Matej Meštrović’s concerts this August and flutist Lindsey Goodman and the Leviathan Trio as they gear up to take on the East this September! 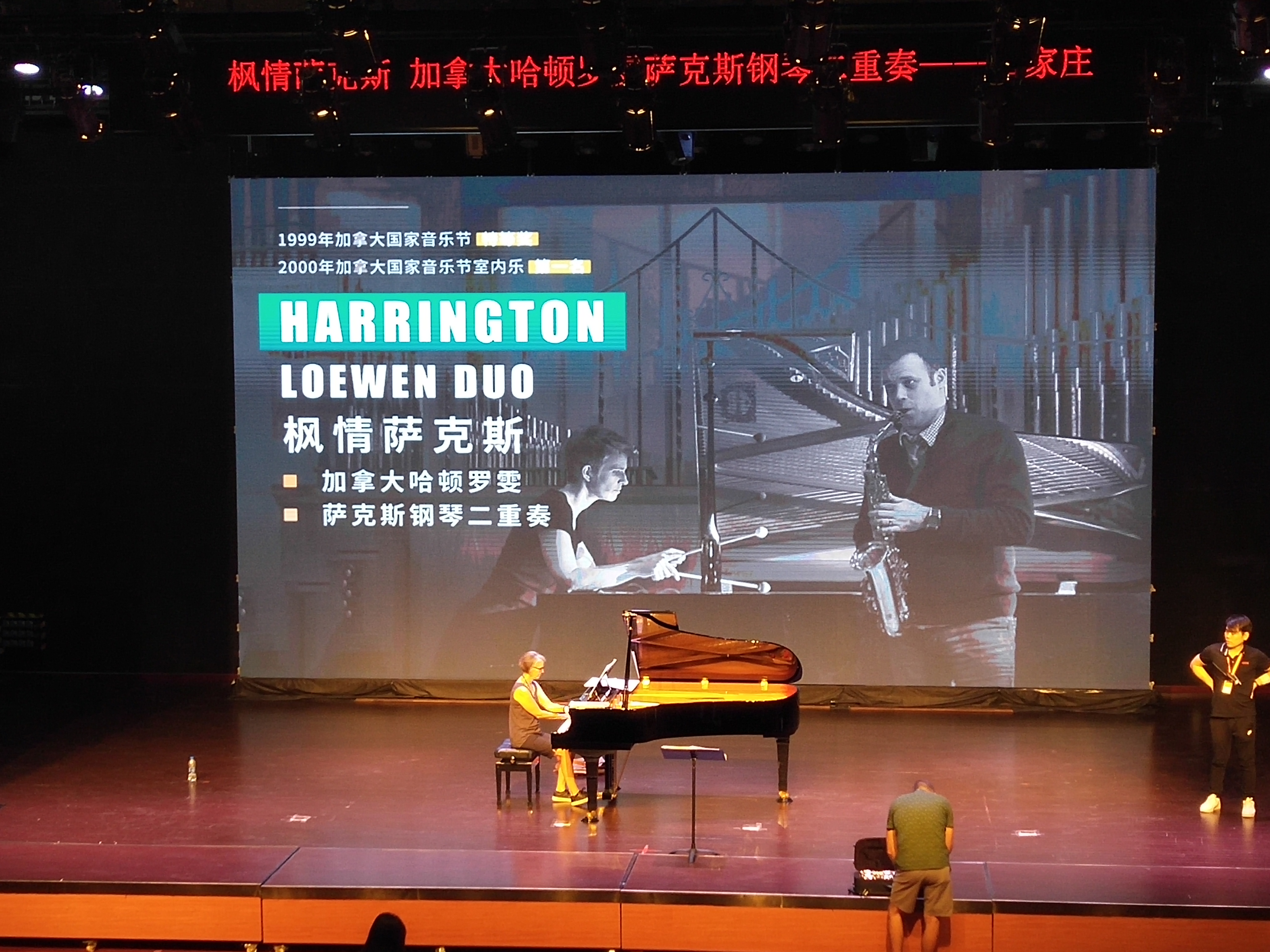