The Inside Story: Roberta Rust and A CITY OF SILVER & A CITY OF FIRE

A CITY OF SILVER & A CITY OF FIRE from pianist Roberta Rust marked a monumental moment for classical music as Carnegie Hall’s first presentation of music by an American Indian composer performed by an American Indian artist. Written in celebration of two cities close to the composer’s heart, these works by Louis W. Ballard come with a generous helping of intricate musical narratives and sentimental tones that speak clearly and thoughtfully through Rust’s performance.

Today, Roberta is our featured artist in “The Inside Story,” a blog series exploring the inner workings and personalities of our composers and performers. Read on to learn about her passion for foreign languages, and the wise words from her late husband that resonate with her today…

Bringing music of the leading 20th century Native American composer, Louis W. Ballard, to a wider public is my primary hope for this recording release. A City of Silver was inspired by Ballard’s visit to Buenos Aires, Argentina and bears the dedication: “Para todos los desaparecidos del mundo” (for all the disappeared ones of the world). During that trip he became aware of the thousands of people who disappeared at the hands of the Argentine military. In the composer’s précis for A City of Silver, he states “the dedication to all who have disappeared in the world and whose shadows and spirits alone inhabit an imaginary “City of Silver,” for whom this work was written and dedicated. Viva los desaparecidos!” A City of Fire was dedicated to the city of Los Alamos NM, “where the horror of atomic fire was unleashed.” Ballard described the work as “following a programmatic design…begins in a tonally stable manner symbolic of our pre-atomic innocence…The final climatic pages are filled with violent and spiritual upheaval, a veritable apocalypse of sound.” An additional purpose of this album is to share the historic significance of these premiere performances, held at Carnegie Recital Hall in 1984. Ballard noted at the time that they “mark the first performance in Carnegie Hall of the music of a Native American composer by a Native American concert pianist.”

Love of music and how it affects listeners inspires me to perform. There is always the possibility of transcendence in a performance and it is a unique way to connect with people — to move them, inspire them, touch their hearts, engage their minds and stir their souls.

I’ve always had a love of foreign languages and with my passion for travel, a profession that combined those two interests may have been another life path for me. I feel fortunate to have lived during the ascendancy of globalism which made international experiences and connections easier for more people. As a youngster I showed strong potential for mathematics, but for me it did not compare with the allure and magic of music.

The artist teachers I studied with included Ivan Davis, Artur Balsam, John Perry, and Phillip Evans. I began studying at age 5 with Laura Burris in Houston TX. She was born in the 19th century and I appreciate that my first teacher was someone whose earliest musical impressions were shaped by that century. In high school I studied with William Chaisson, who was a student of Edwine Behre. Behre was a student of the Polish pianist Theodor Leschetizky, who was a student of Carl Czerny, and Czerny was a pupil of Ludwig van Beethoven. Behre founded the Adamant Music School in 1942 in Vermont and I’m deeply honored to be invited to teach at Adamant this summer (2022). Although not mentors, two musicians who have greatly influenced and inspired me in recent years are the conductor Helmuth Rilling and pianist Sergei Babayan. I think they are two of the most magnificent artists alive today.

I am at my most creative when I’m alone and can focus on the music with minimal distractions. However, an artist does not have the luxury of waiting for just the right moment to be the most creative. As in so many experiences in life, one has limited control. Staying in shape for a musician is similar to a professional athlete’s preparation — musicians are athletes of the small muscles. Daily practice and study are necessary in order to be ready for those moments of maximal creativity.

I am in a state of constant preparation for performances, even by scheduling vacations and time away from practice, the breaks allow the unconscious to play its significant role in performance preparation by removing completely the tangible aspects of preparation. Ideally it’s helpful to prepare for performances as far in advance as possible, but the realities of the profession don’t always allow for that. I am the type of pianist who lightens up on practice the day before a performance and rarely plays much on the day of a concert, so the mind, spirit, and body are as fresh as possible for the experience. My late husband, Phillip Evans, used to say “Don’t leave your best playing in the practice room — save it for the stage.” 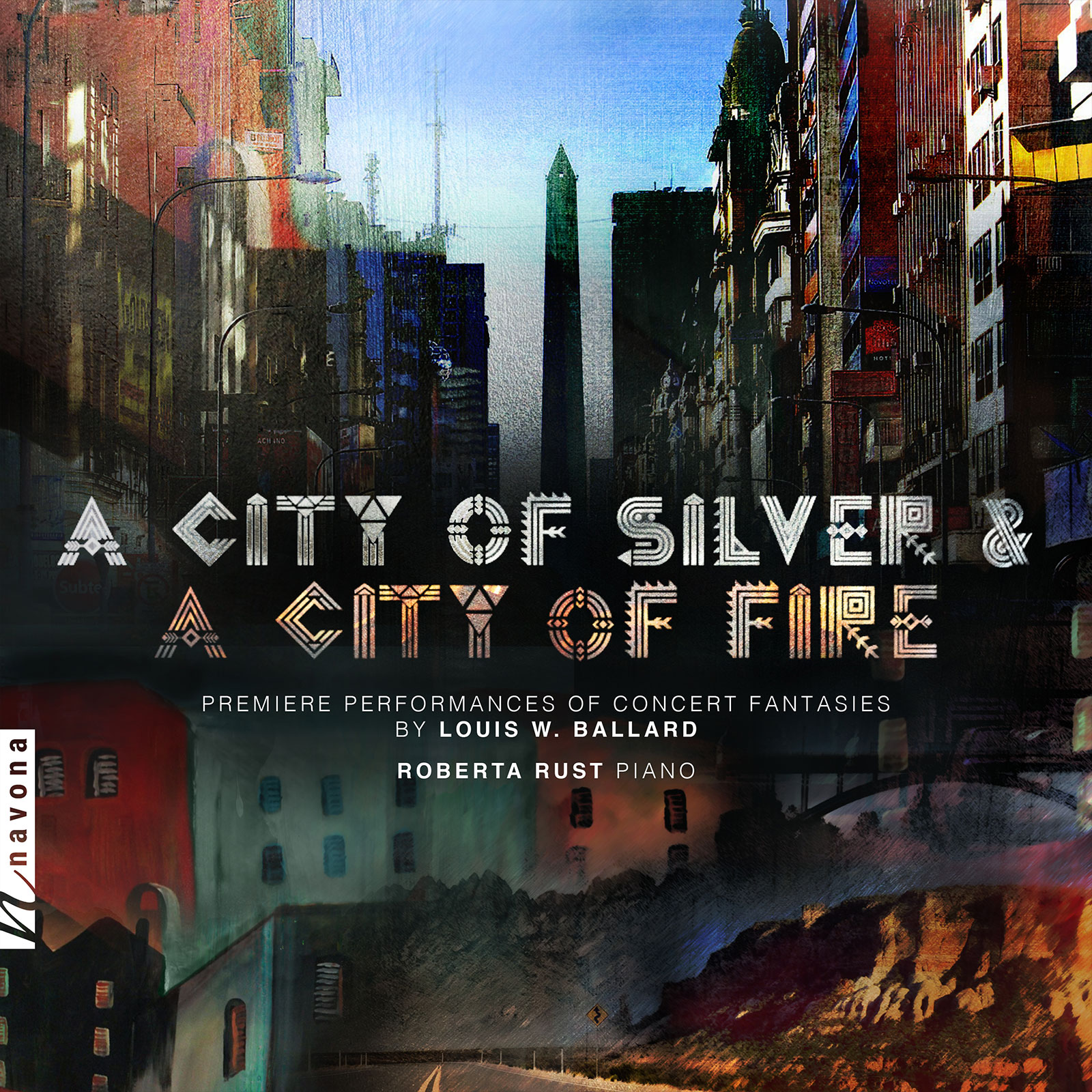 A CITY OF SILVER & A CITY OF FIRE

A CITY OF SILVER & A CITY OF FIRE from Roberta Rust is available now from Navona Records. Click here to visit the catalog page and explore this album.