The Inside Story: Richard Fountain and AMERICAN IVORY

For Richard Fountain, piano music is as American as apple pie and baseball. On AMERICAN IVORY, his debut album on Navona Records, the well-versed pianist celebrates the variety and vitality of American art music by performing a decades-spanning collection of works by time-honored and contemporary composers alike.

Today, Richard is our featured artist in “The Inside Story,” a blog series exploring the inner workings and personalities of our composers and performers. Read on to discover Richard’s connection to American classical music, including his unique collaboration with Gary D. Belshaw…

Since I started piano when I was four years old, I really didn’t think in terms of “career” until much later. It was just a part of our curriculum as a homeschooling family – we all had to take piano since Mom taught piano and she wanted all of us to have some artistic training! The moment I remember my perception changing from “required school work” to “I want to do THAT the rest of my life” is actually a little silly when I think about it. The animated Charlie Brown movies were very popular in our house, and there’s a scene in “A Boy Named Charlie Brown” where Schroeder plays the slow movement of Beethoven’s “Pathetique” Sonata, op. 13, with all of this abstract animation along with the music. Everything else in the story of the movie stops, and for three or four minutes there’s nothing but Beethoven. I remember watching that and thinking “that’s what I want to do”. So from that point on I got a bit more serious about being a pianist.

I think the most unusual performance for me was playing “backup” for the band Kansas during one of my first years as keyboardist with Lincoln’s Symphony Orchestra. Kansas had come up with these wonderful symphonic arrangements of their songs, and they did a national tour where they would collaborate with orchestras in each city. Their music was so much fun to work with! There were all kinds of mixed meters, great idiomatic licks for every instrument, and of course they really brought in a huge crowd. Between the music and the audience, it’s definitely the loudest concert I’ve ever been a part of.

Sports. I am a huge sports fan, and I follow everything from college football to major league baseball to the Bundesliga to international cricket. Growing up in Nebraska really made me aware of the incredible positive connection that sports can bring to a society, bringing people together for a common goal regardless of their backgrounds. I’m fascinated by how that plays itself out (so to speak) in different cultures around the world. Every sport has its own unique character and sub-culture, and each one also has something different to say about human teamwork. Plus, I’ve always been a bit of a geography buff, so I really enjoy learning about different locations and finding out how each team’s brand intersects with its city, region, or country. I have this dream of creating an international tour where I’d play concerts or do some residencies in various places and also go to a game or two in each city, just to experience the sporting culture.

Really, I think I’m in the perfect job. I’ve got this wonderful mix of teaching, performing, and leadership work that keeps me constantly engaged. Every day is different, and I’m usually able to have an assortment of short- and long-term projects that keep me inspired and help me make a difference in people’s lives. Now, having said that, I do love road trips, and getting out around the country to see the amazing scenery, different towns and cities, and the incredible diversity of culture around America is really inspiring to me. So if I wasn’t in music I might be a long-haul truck driver. The combination of being out on the road and helping folks in various places get the supplies that they need to keep their businesses rolling is a very satisfying thought. Especially after the Covid shutdowns we’ve all been through, I think that truckers are some of the unsung heroes of our society.

Vienna. Absolutely the first city in the world for me. It has more culture than anyone can possibly experience in a lifetime. My wife and I were able to spend a month there some years ago, and we just loved it. The architecture, the transit system, the landscaping, the first-rate musical opportunities everywhere you look…just stunning. And the museums! My goodness. I feel like I could go into the Kunsthistorisches Museum once a week for the rest of my life and always see something new. Plus, there are so many parks and gardens where you can sit and read, think, brainstorm…just being surrounded by all of that history which is so closely connected to the music I’ve grown to love is an inspiration.

There are several things that are very meaningful to me about “American Ivory”. It was really special to work with Gary and bring his piano music to a worldwide audience for the first time. He’s such a wonderful guy with a great sense of humor and also a deep sensitivity to others, and all of that comes through in his music. Also, we have so many fantastic composers who live and work in the United States that don’t get much air time. Obviously Copland and Barber are pretty well-known, as are Bernstein and Gershwin, but most of us in the classical world get kind of stuck in the existing European canon and don’t take as much time as we should to give our American voices their due. I’m certainly as guilty of this as anyone else! So I hope this album reminds us to look around our communities and institutions here in the U.S. to find the great music that’s been written and continues to be written all the time, and to celebrate it along with the great works of Beethoven, Bach, Tchaikovsky, etc. 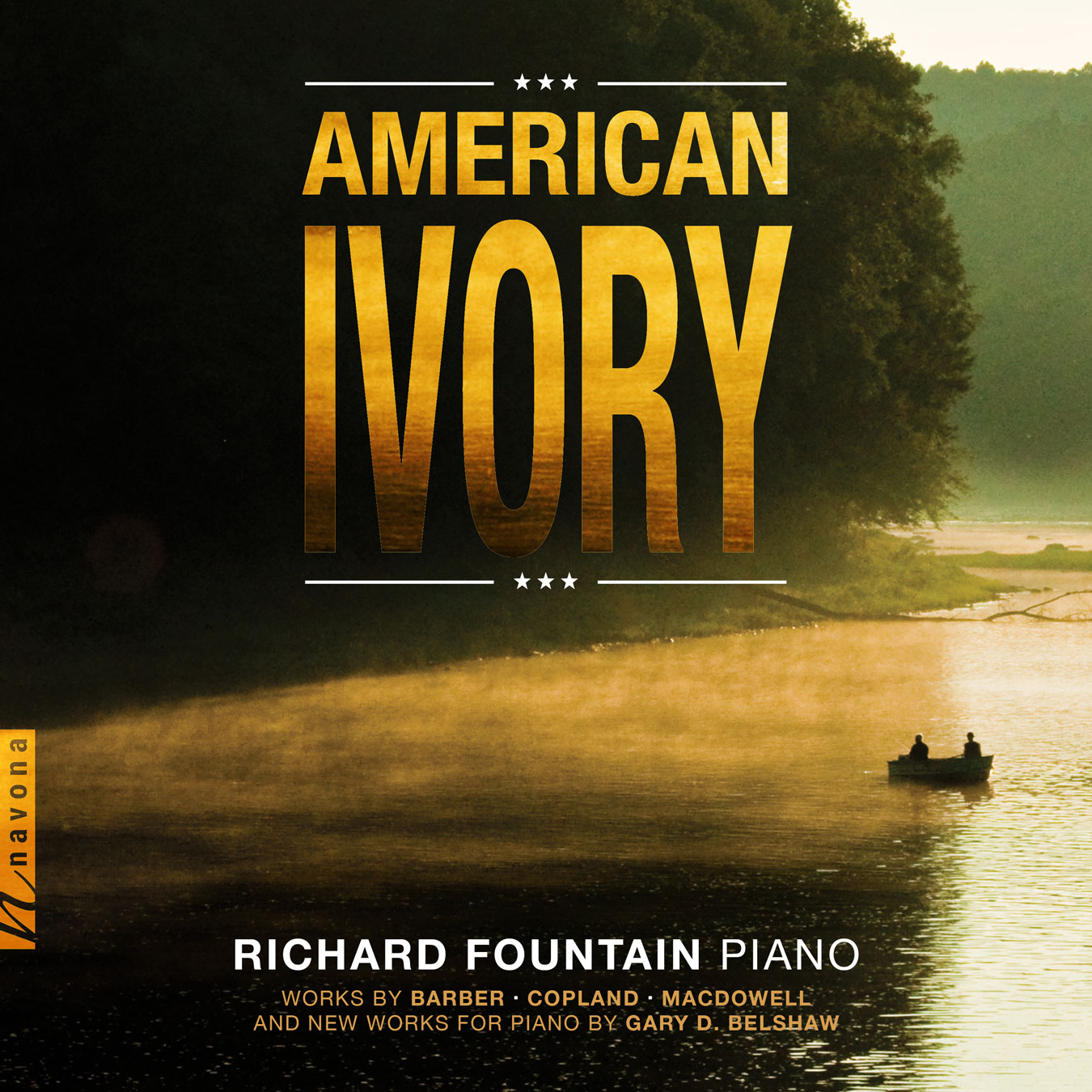 AMERICAN IVORY is available now from Navona Records. Click here to visit the catalog page and explore this album.