The Inside Story: Noam Faingold and PRISMA VOL. 3

Navona Records’ exhilarating PRISMA VOL. 3 unveils the diverse faces of contemporary orchestral music. Featuring the works of seven composers including Noam Faingold, PRISMA VOL. 3 follows up the success of the first two PRISMA installments with symphonic music that is both innovative and deeply alluring.

Noam’s music has been described as “…lyrical…,” “…exhilarating…,” and “…a tour-de-force of Jazz melded with Classical…” by sources as varied as The New York Times, BBC, Downbeat Magazine, and The Tulsa World among others.

As an educator, he has focused on program and curriculum building to provide access to music composition mentorship. His work includes arts advocacy through composition, public speaking, and education.

Today, Noam is our featured artist in “The Inside Story,” a blog series exploring the inner workings and personalities of our composers and performers. Read on to discover why he likens Kurt Cobain to Schoenberg and John Cage…

What does this piece mean to you personally?

To me, my Elegy to Yevtushenko is one of the most meaningful pieces I have written. Yevtushenko was a multi-faceted historical figure who used his poetry to stand up for the voice-less, and he lived in my town. His tangible presence was a daily rebuke of the brittle attitude that art is mere entertainment, hobby, or classist decorative object. Yevtushenko offered a shining negation of bureaucrats who slash arts budgets and authoritarians who silence criticism and target artists like himself.

People like Yevtushenko are irreplaceable, not because other artists and role models like him don’t exist, but because the burden of getting civic leaders to implement support for the arts as an indispensable part of a healthy community feels almost impossible: even when data irrefutably correlates the arts with community attachment, economic prosperity, and scholastic achievement. This elegy gave me the opportunity to use my discipline to keep Yevtushenko’s story alive, as well as the message that we ignore the power of art to affect the direction of history at our peril. Hopefully this piece keeps this conversation going, even if for a little while longer.

There are various characters that Yevtushenko inhabited, both in real life, and in his poetic voice. The ones that I tried to capture in sound are Yevtushenko standing up to authoritarians by speaking up for oppressed minorities, Yevtushenko the writer of love poetry, and Yevtushenko the optimist and daydreamer. If listeners can sense the impressions of these characters in the piece, I feel that it will be understood on its terms. That being said, if people get something else meaningful out of it, something that I had not considered, that is a success too.

To this day, one of the most important musical artists to me is the band Nirvana. I became aware of the band in 5th grade, right before Kurt Cobain died. By that point I had only listened to Rock bands like The Kinks and Led Zeppelin, which I heard through my dad. Zeppelin made a huge sound, but it took me a while to bridge the 20 year gap between them and Nirvana that includes the swinging pendulum of music history from Punk to Heavy Metal and back again. Throughout the years, the music has obviously endured. As my musical taste became more focused on detail and interesting sounds, Nirvana’s artistic decision-making perpetually renewed itself. To this day there are sounds and musical moments in their music that are hard to explain except through Kurt Cobain’s instincts. I don’t think it’s that far from the aesthetics of Schoenberg and John Cage at the most basic level, and to me it’s also the most interesting thing about their music: these moments where artists like Cage say about Morton Feldman “Isn’t that wonderful! It’s so beautiful and he doesn’t know how he made it!” Or when a composer like Schoenberg decides to break from a process to let subjective artistic decisions override seemingly objective ones.

Art was the lens by which I understood the world from early on, so I don’t feel like I ever had a choice in whether or not it would play a profound role in my life. There are a few moments that seem to point towards it. An early one is when they handed out recorders in third grade, and I was one of the only kids that really ran with it. There were various moments too when I would listen to records and have really strong opinions about how things were supposed to be different, even though I couldn’t articulate in what ways. I remember this mostly being about Classical recordings, but before I liked Classical Music. As far as I can tell, from listening to artists talk about their work in various disciplines and genres, this is my version of the artist’s instinct.

Another moment was when I got my first guitar at age 13, and spent most of my free time writing songs. I hit a wall at the end of high school, with not being able to read music. As a college freshman, I decided to learn how to read music while I figured out what my life was going to be about. In Freshman Music Theory (while I was struggling with learning how to read music at the same time), we had composition assignments, and I got bad grades on them. This was because I couldn’t figure out at first how to write music according to assignment parameters. I only knew how to write what I heard in my head. Finally, during my sophomore year I got my first commission, and I think by that point things had really crystallized in my mind.

Some form of what I’m doing right now, which involves a combination of composing, teaching, artistic direction, public speaking, administrating, and performing. I need to keep all of these things in balance to feel artistically fulfilled. The more a project hits several of these elements, the more I consider myself successful at this dream job. 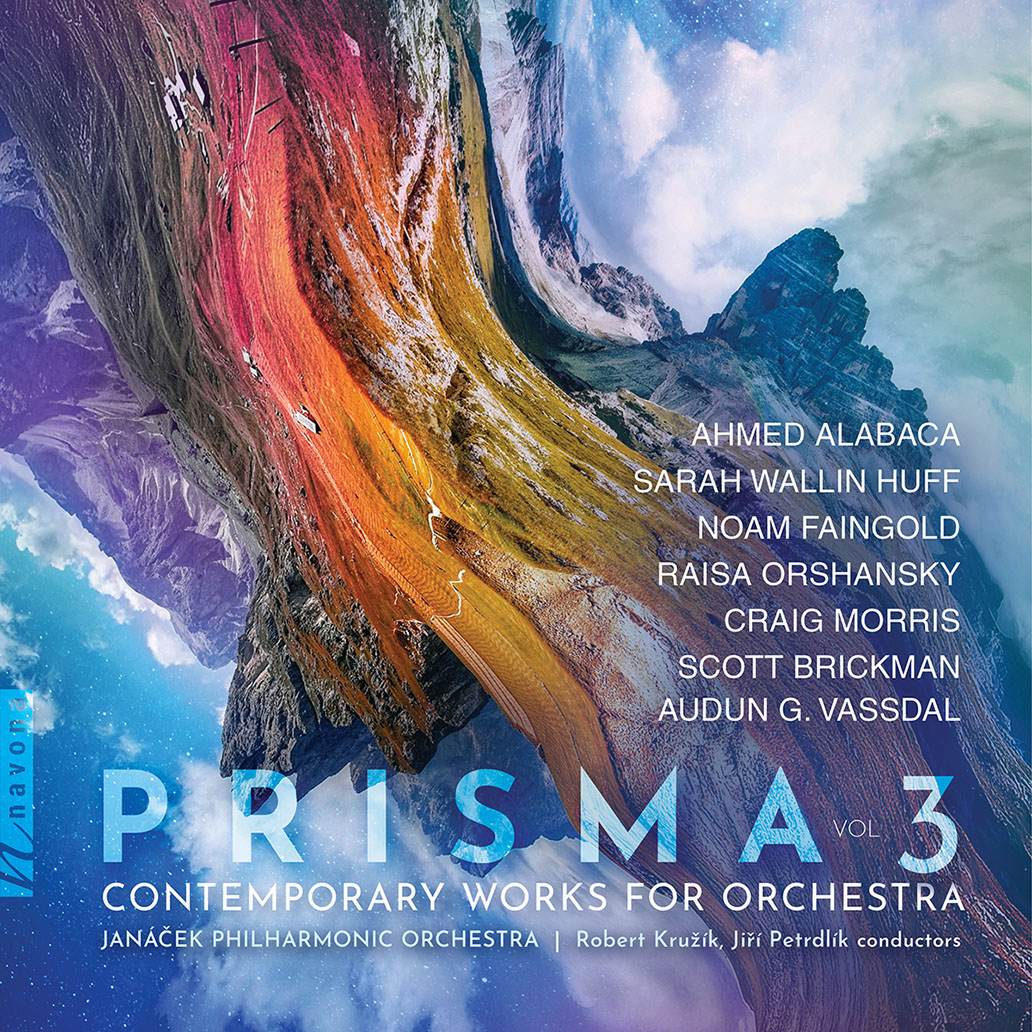 PRISMA VOL. 3 featuring Elegy in Memory of Yevgeny Yevtushenko by Noam Faingold is now available to stream or purchase through Navona Records. Click here to explore this new album.