The Inside Story: Monika Gurak and I LOVE YOU LIKE SPAIN

Monika Gurak certainly is no ordinary songwriter: not just because of her academic background, but also because of her love of foreign cultures. Her linguistic fluency in English, Spanish, and Polish heavily influences her work on I LOVE YOU LIKE SPAIN from Navona Records: the songs are sung in English, but the music comes with a generous helping of both Iberian exoticism as well as Polish sensibility.

Today, Monika is our featured artist in “The Inside Story,” a blog series exploring the inner workings and personalities of our composers and performers. Read on to learn about her academic background in linguistics, and how she tied music into her studies…

My first favourite classical music artist was Sergei Rachmaninoff. I remember I listened to his Piano Concerto No. 2 op. 18 and his Rhapsody on a theme of Paganini all the time. They captivated me completely.

My first favourite pop/rock artist was Queen. I date it back to 1991 when Freddie Mercury died. MTV had the whole week of music, films and concerts dedicated to Queen the late Mercury. My sister and I recorded everything we possibly could on our video player. I still admire his powerful voice, the melodiousness of his songs and sometimes even opera-like performances.

It’s the job I’m doing right now: working as a composer. I took a circuitous route to it, though.

When I was 19 years old, I had two choices when it came to selecting a program to study at the university: either to study languages or to study music theory. These were my favourite subjects in high school. I chose to study languages at the Institute of Iberian and Ibero-American Studies at the University of Warsaw. Even there, I integrated music into my studies as much as I could because music was dear to my heart. I dedicated some time to studying music in the Latin-American literature. I published three articles about music as well.

I had the opportunity to start anew when I came to Canada. This time I was sure it had to be music. I always excelled at music theory. I decided to take two courses during the summer at the Royal Conservatory of Music in Toronto. It was a wonderful decision, as my experiences there made me fall in love with composition. I obtained a bachelor’s degree as well as master’s degree in composition. Today, I cannot imagine doing anything else. It became a way of living, a passion.

There are many places in the world where I would like to spend creative time if I could. Of the places that I visited though, two stand out: Barcelona and San Diego. Both are big cities by the water and I have fond memories of the friendly people, great food, and stunning architecture.

I speak Spanish. I visited Barcelona twice. For me, visiting Antonio Gaudí’s works such as Park Güell, La Pedrera, Sagrada Familia, and Casa Batlló is a must when I’m there.

I visited San Diego twice as well and I loved being there. It’s a big city with lots of green space and a very mild climate. I love going to parks. It’s very inspirational. La Jolla, one of the neighbourhoods within the City of San Diego which I visited, has a wonderful feel of a small town near the ocean.

I love piano! Piano is my main instrument and I’m very good at it. If I could though, I would love to have the virtuosity and expertise of a performing pianist. I probably wouldn’t perform due to my stage fright. Instead of practicing long hours to achieve such expertise, I choose to compose.

What was your favourite musical moment on the album?

This is my debut album and its release means a lot to me. It’s a culmination of my efforts, which took many years to achieve. It’s also about overcoming all the obstacles along the way to attain this goal. It shows that dreams do come true, although sometimes it’s a long process to realize them.

I love writing songs, be they art songs or pop songs. And it’s not only the melodies that I imagine, but also the lyrics. As an aside, the album contains my first lyric ever, which is titled Freedom. 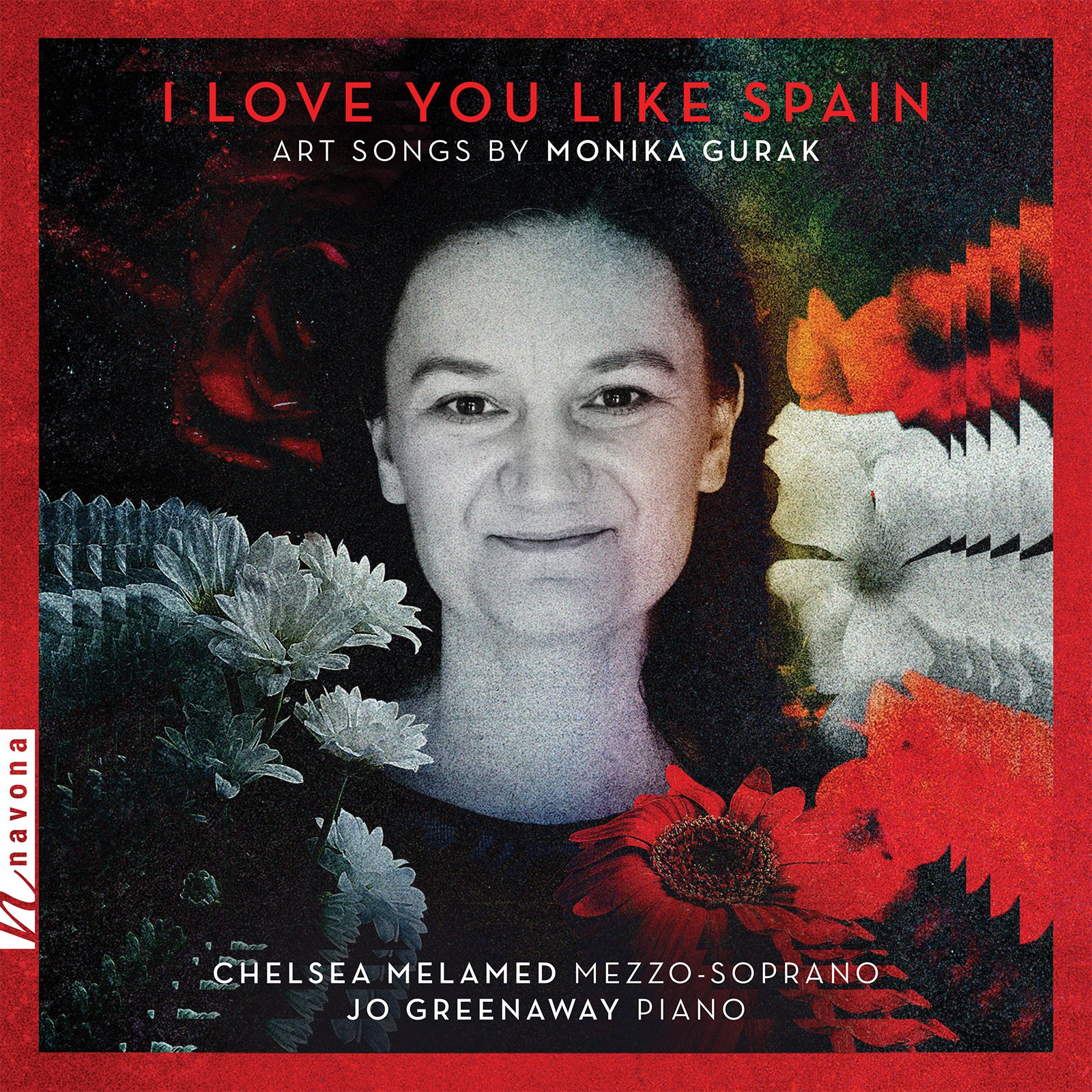 I LOVE YOU LIKE SPAIN is available now from Navona Records. Click here to visit the catalog page and explore this album.