The Inside Story: Mark John McEncroe and FANFARE SUITE

FANFARE SUITE, the latest from composer Mark John McEncroe and Navona Records, features six pieces originally scored for full orchestra on McEncroe’s 2015 album Affirmations & Aspirations. Now, with the help of the Sydney Scoring Orchestra, these sweeping and provocative pieces have been reimagined and rearranged for concert band.

Today, Mark is our featured artist in “The Inside Story,” a blog series exploring the inner workings and personalities of our composers and performers. Read on to discover Mark’s unique journey as a musician…

What inspires you to write and perform?

I came to studying music later in life which really negates performing as an option. I did not begin studying an instrument till I had left high school. I was in boarding school for most of my school years and was heavily into sport growing up, rowing and athletics; pretty lousy on the academic side of things, still am. I don’t come from a musical family and there were no musical instruments in the house growing up.

In my twenties and early thirties I worked in the music business as a label manager for EMI Records; firstly in Australia and then in Sweden. I got into that career path as a result of being a live DJ in discos in Northern Europe in my very early twenties, mainly Germany, Denmark and Sweden. Mind you on some of these gigs I doubled up as the bouncer. They were very wild days and I moved through life at a million miles an hour. My ability to sit down and apply myself, to study or practice were virtually impossible. It wasn’t till I got to my early to mid thirties that I was able to slow down and begin to apply myself.

I started serious piano lessons at the age of 37. As I progressed, it slowly but surely became obvious to me that what I was really interested in was composing. I would go to my lessons with sketches of musical ideas I had written that week instead of the boring pieces I was supposed to be practicing. So I ended up concentrating on musical theory and studying composition as my studies progressed. The idea of having to perform the same old piece over and over again at concerts, even one of my pieces, I would find excruciatingly boring. When people ask me “what is your favourite work you have written” I simply say “oh thats easy, it’s the next piece I haven’t written or finished yet.” However I still want OTHER people to listen to ALL the pieces that I have already out there. Sadly I can’t control other people’s habits. I would like to, though (Control freak me)!!!

One of my earlier but most important teachers, Will Scarlett, whom I began studying with at 37, used to organize a concert for us students to perform each year at the main hall at Sydney University. There would always be about 200 people at these gigs. At the first one I performed at I had only been studying the piano for about two years and I had to perform a piece from one of the Mozart piano sonatas and two pieces from the Bach 2 Part Inventions. However, we were NOT allowed to take our music onto the podium and had to perform it WITHOUT the music. I got through the Mozart piece and one of the 2 part inventions OK but on the second Invention I had to play my mind just went totally blank half way through it. I got up, shrugged my shoulders and said to the audience “stiff shit, can’t do this without the music” and walked off the stage. Got great applause though. Up to that point in the concert I was doing OK. I look back on that actually with fond memories. Unfortunately, Will Scarlet died not long after that. I was NEVER able to replace him. In all honesty he was the best teacher I ever had. If he hadn’t died at that time my musical history could have been totally different. I never gelled with another piano teacher after that in the same way as the two years I spent studying with Will Scarlett.

How have you grown through your creative journey?

My life in my twenties was nothing short of a whirlwind that gradually ground down to a halt by my mid thirties. I remember saying to someone when I was 18, “while I’m young I’m going to party hard until the party is over. When it is, THEN I’ll get serious about life; but until then… ” That’s exactly what happened. In the preceding years in my mid-thirties I had to totally withdraw from everything and everybody and reset myself. That was a process that took quite a few years. Will Scarlett had Told me that if I had any good musical ideas, to always write them down on paper or record them on tape; and if you like them after a period of time then you may have something worthwhile to pursue. That’s exactly what I did. Over that time I amassed absolute mountains worth of bits and pieces. My compositional efforts since that time is to slowly work through what I put down during that profound but very difficult period in my life.

Considering all that has been released and published in my active compositional career to date I have only worked through about one third of the material I put down in that earlier period. As I have continued to do so other ideas have generated from those original efforts. So I’m dealing with a bottomless pit of ideas that will keep me busy composing till I kark it. I’m not interested in things like commissions etc; I just want to eventually work through all of my old ideas put down in that very productive period and finish it all.

Where and when are you most creative?

I’m most creative when it’s raining and in the colder months of the year. I don’t do happy!! Most of my music is in a minor key and that’s what I like to listen to as well.

What are your passions beside music?

I have a Japanese style garden at my home where I have a Koi pond and a considerable bonsai collection. Like my music, I DON’T stick to the authentic Japanese traditions but do things my way inspired by those traditions. As a kid I had a Doberman. I would really like to have one now but I live in a unit not suitable to have such a dog. It would not be practical or fair to the dog. Besides, he would probably jump into the fish pond and chase the Koi. Can’t have everything I suppose.

What were the first performances you remember seeing?

As mentioned above I worked as a label manager in the music business for EMI and part of my job was going to all sorts of concerts over the years. One of the earliest profound memories while at EMI Australia was going on an Australia wide tour with Ray Charles and his orchestra when I was the Decca Label manager for EMI Australia. He recorded on the LONDON label which was part of the Decca catalogue.

Perhaps the most profound musical experience in my life was when I went into my local record store at 16 and said that I wanted to learn more about classical music. At that stage I knew nothing of that kind of music. When I got home and listened to the 4 LP set of what he sold me, it had the MOST profound effect on my life. Nothing since then has ever had the same impact on me; it was without exaggeration the most significant moment that changed me forever. That 4 LP box set was the Glen Gould recordings of the two volumes of the Bach “Well Tempered Klavier”

How much Latin American Jazz there was. My favorite composer is still Antonio Carlos Jobim. 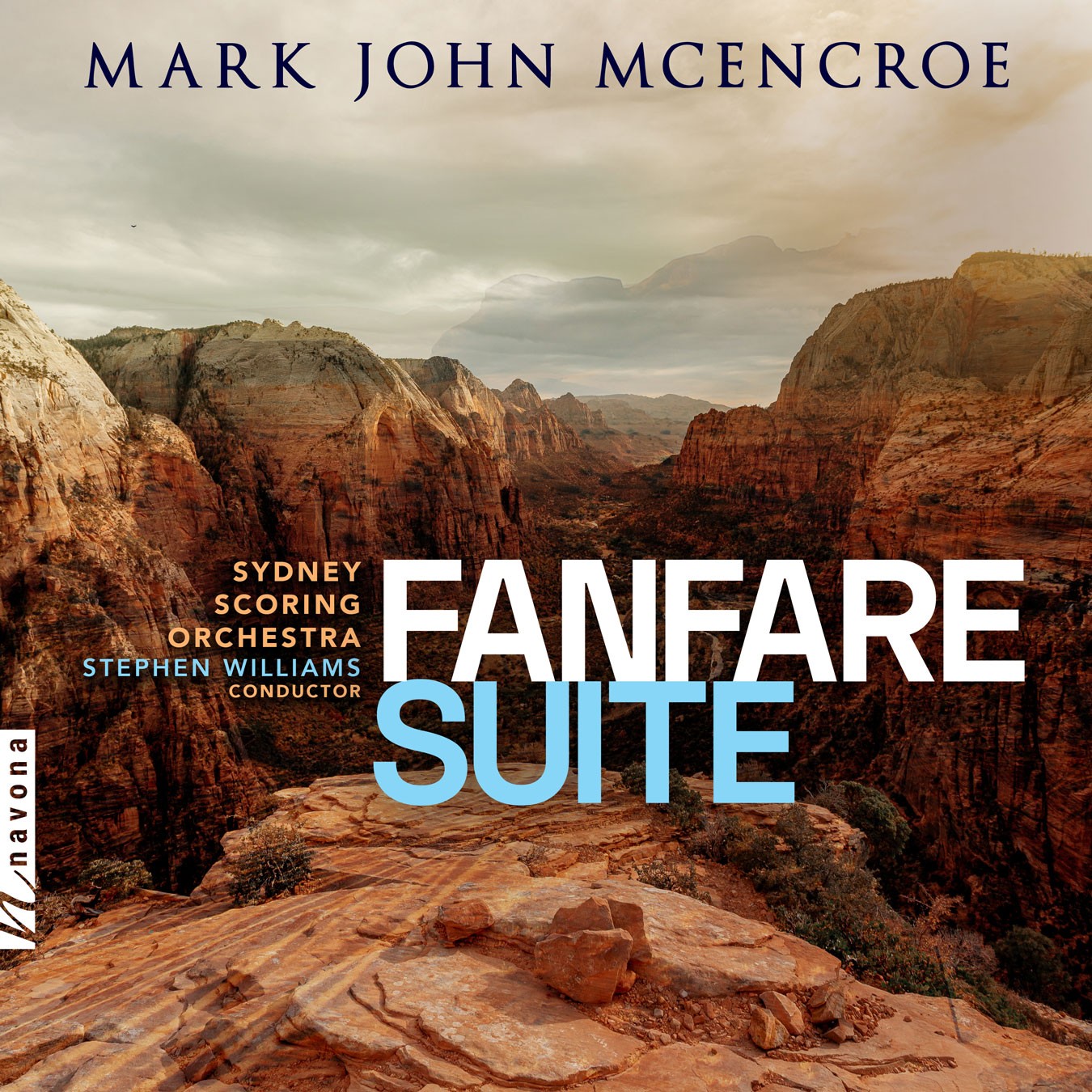 FANFARE SUITE is available now from Navona Records. Click here to visit the catalog page and explore this album.