The Inside Story: Mark G. Simon and A GRAND JOURNEY

Inspired by traditional melodies and cultural flavors, A GRAND JOURNEY gives us contemporary chamber works by Richard E Brown, Ovidiu Marinescu, and Mark G. Simon. Performed by internationally acclaimed Trio Casals, Simon’s Caucasus Sonata is a hair-raising journey of the soul through rock and hard places, demanding virtuosity and stamina from the performer.

Today, Mark is our featured artist in “The Inside Story,” a blog series exploring the inner workings and personalities of our composers and performers. Read on to learn about Mark’s love for The Beach Boys, and how sibling rivalry gave way to his musical journey…

Music was always a part of my life growing up. My mother used to take me and my brother to the record store and let us pick out a record based on the sleeve design; I once chose a record with a picture of a bird with flames coming out of its wings. It was Stravinsky’s Firebird Suite, and that became my very favorite music in the world. I was about 5 years old and I listened to it constantly. I ran around the neighborhood singing it as best I could. “Your son is awfully cute, but he can’t sing,” the sweet old lady next door remarked to my mother. My mother thought I was doing a reasonably good job of it. So I’ve always been a Stravinsky person. In my teens, the music of Haydn possessed me. The thing about Stravinsky and Haydn is their music is very witty, very logical, very precise, and I respond to that. I think that’s important to note, because my Caucasus Sonata is such a big, expansive, romantic piece that listeners may not appreciate where my musical orientation is.

It came about in part through sibling rivalry and sibling admiration. My older brother was heavily into playing the piano and it was clear that he was going to be a musician. My parents would have preferred I do something more practical, but the call of music was too strong, and finally at the age of 15 I started playing the clarinet, and I took to it like a duck to water. I also started composing at this time.

I really like The Beach Boys. I guess this is not too guilty because a lot of other people like them too, but I get a kick out of the naivety of their teenage preoccupation with surfboards and cars. I mean they even turned Santa Claus into a hot rod freak. Plus the vocal arrangements are tight. Once Brian Wilson finally came out with Smile, that just blew me away because it was so much of that Beach Boys style, and yet a million light years more advanced compositionally. There ought to be 100 more records just like it.

I have a considerable amount of expertise on the clarinet. I’ve been playing it for 52 years and studied with one of the top New York City clarinetists. But I’d like to suddenly be given instant expertise on playing the violin so that I could write for strings and try out what I’m asking them to do.

I wrote the Caucasus Sonata in the years 1991 to 1994. I started with the Scherzo and the Romance, and then the piece suddenly took off in a direction I couldn’t have anticipated. But all the musical material for the rest of the piece has its origins in that scherzo. I think the sonata encompasses everything I’d experienced in my life, all the complex, even contradictory feelings I had about life, and about music. It also became a whole lot harder to play than I’d originally anticipated, so finding a performer for it was daunting. I’ve waited 27 years to hear it actually performed by human fingers.

I don’t know that I can really anticipate how people are going to respond to it. I would expect their jaws to drop at the sheer virtuosity displayed by Anna Kislitsyna in mastering all these notes, especially in the relentless final movement. But I also think they should get a feeling that life is complex, life is an adventure, life is… well, stuff that sounds trite when put into words, but when played on the piano means everything. 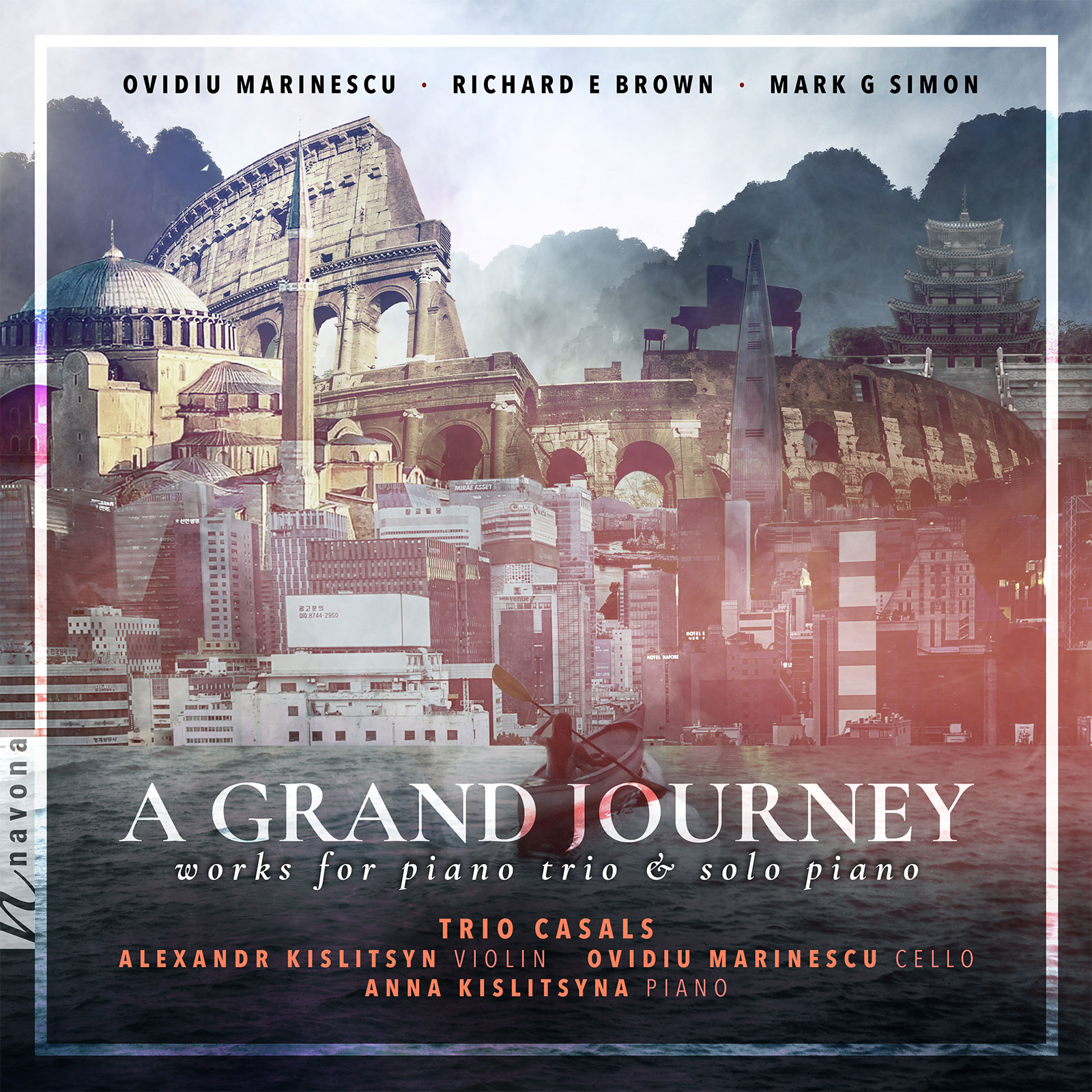 A GRAND JOURNEY is available now from Navona Records. Click here to visit the catalog page and explore this album.