The Inside Story: Jeffrey Bowen and MIND & MACHINE VOL. 3

MIND & MACHINE VOLUME THREE offers a new look into the Ravello Records series of electro-acoustic and electronic music lauded by critics as “interesting and captivating” (Cinemusical). This latest edition features an array of composers and sound-artists who offer his or her own striking exploration into the means by which technology can be used to alter time and form to create entirely new musical experiences.

Today, Jeffrey is our featured artist in “The Inside Story,” a blog series exploring the inner workings and personalities of our composers and performers. Read on to discover Jeffrey’s creative problem-solving at work, by way of a light-up karaoke microphone…

When I was really young, I enjoyed a lot of the music my parents played around the house and in the car (apparently, Lyle Lovett was the first musician I requested by name), but as I began taking guitar playing seriously I really got into the band Tool, and the work of their guitarist, Adam Jones. He has an economical approach that really appealed to me, with nuanced, elegant guitar riffs that made the band’s unconventional time signatures seem perfectly natural, and a way of playing that served the drama and form of the music at all times.

I had heard a lot of rock and metal by this point, with great guitarists who could play blistering solos, but for me Tool was an early example of how powerful a piece of music can be when it arises as a complex organism, more potent than the sum of the individual contributions of each musician. I think the band had a pretty strong effect on me as I was forming my musical sensibilities.

I do remember one moment as a young guitar student, when I was sitting in a master class with the composer and guitarist Dusan Bogdanovic, and he was introducing us to his approach to improvisation and composition. At one point he asked if any of us would like to try composing a piece on the spot, and I think I brushed my strings accidentally as I was setting my pencil back on the stand. Dusan interpreted this as a sign that I was volunteering, and asked me to begin. I don’t remember what I played (probably because there wasn’t anything memorable), but I remember Dusan’s critique afterwards, where he picked out musical ideas that might have gone somewhere, had I bothered to bring them back or develop them sufficiently. I think that was the first time I felt the thrill of realizing a compositional impulse in front of people, and having the result taken seriously enough to critique (which then began strengthening my own critical capacity). That the actual music wasn’t that impressive didn’t matter to me in the moment—I was on the path.

Several years ago, when I was teaching guitar at a lesson studio a little east of Seattle, I was asked to play an opening set at a benefit concert for an outreach project we were involved in. I gladly agreed, not knowing any further details. As the show drew nearer, some more information came to light: we would be holding our concert in a local Starbucks, and (as I learned upon my arrival at the venue) the school didn’t have enough stands or microphones for the young student groups playing that day. What followed was one of my more unusual (though perfectly enjoyable) performances, during which I played Steve Reich’s “Electric Counterpoint” to a crowd of Starbucks patrons, with the accompanying pre-recorded guitar tracks wafting in over the Starbuck’s sound system (I had enlisted the help of a barista), and then introduced the rest of the program on a green and purple light-up karaoke microphone that someone had scrounged moments earlier.

I would love to have actual expertise on the drums. I can play drums to an extent, with a basic ability to hold down a few different beats, but I know what it feels like to be comfortable and spontaneous on the guitar, with all necessary limbs and digits working smoothly together, and I sometimes daydream about getting to an equivalent place on the drums (I don’t have access to a kit now), where all limbs are coordinated but also contributing independently to complex grooves and patterns.

This album has given me a chance to develop and present my music under the types of conditions that I always hope for, but which are often pretty difficult to bring together. These have included a sustained and rich collaboration with violinist Maja Cerar, a recording and mixing environment in which I was surrounded by keen, sympathetic ears, and the ability to work with a team dedicated to making this music widely available to those who might be interested.

I usually try to avoid piling on my own interpretations and the intentions I had while writing the piece, as it’s often quite interesting to me when listeners have spontaneous reactions from their own direct experience with the music, even if (or especially when) these responses add new interpretive layers that I hadn’t consciously considered. My general hope, though, is that the quiet volatility of these sounds can draw in the attention to a single focal point, on the present moment, from which the formal trajectories of the piece can then gently reveal a wider network of relationships. When music works on my attention this way I often leave that experience feeling refreshed and attuned to the world, and my hope is that my music might offer some small hint of this to audiences. 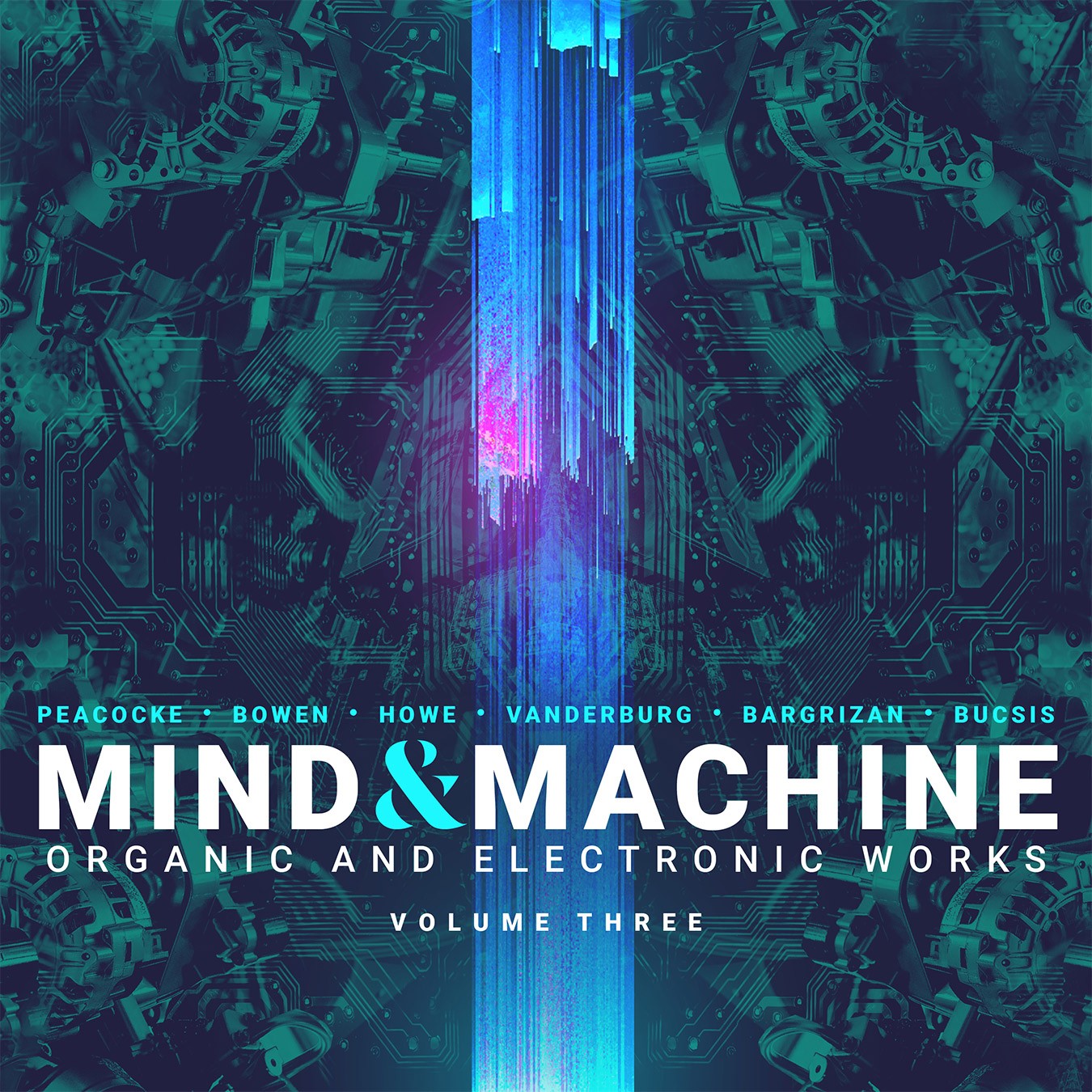 MIND AND MACHINE VOL. 3 is available now from Ravello Records. Click here to visit the catalog page and explore this album.