The Inside Story: James Lentini and THROUGH TIME AND PLACE

Navona Records is proud to present THROUGH TIME AND PLACE, an ambitious cross-section of James Lentini’s extensive catalog. The award-winning guitarist and composer impresses with massive tonal landscapes which can be considered exemplary in contemporary American serious music.

Today, James is our featured artist in “The Inside Story,” a blog series exploring the inner workings and personalities of our composers and performers. Read on to discover how a Beatles-loving guitar playing kid became a symphonic composer and college president…

That’s easy; it was the Beatles. I was six years old when I saw them play on the Ed Sullivan show in 1964 (I know, I’ve dated myself). Like most guitar players who grew up in the ’60s and ’70s, I loved Jimi Hendrix and the great rock bands of the era. When I entered high school, I got into a band at the age of fifteen that had a rhythm section and three horns with the same instrumentation as the group Chicago. The guitarist in Chicago, Terry Kath, became a significant influence on my musicianship and playing. That early stuff he played was exceptional—speedy and soulful, playing through lots of chord changes and modulations. I learned to write for the band (named “Network”) and to arrange for brass instruments. I later entered Wayne State University as a classical guitar and composition major, learning to love the playing of classical guitarists Julian Bream, John Williams (the guitarist), and Segovia. Writing for orchestra and chamber groups, I studied Stravinsky, Copland, Schoenberg, and others, and my world opened up.

That happened as soon as I had the Beatles experience. I immediately knew I wanted to play the guitar, and my mom started me with lessons at the age of eight.

I also did lots of singing, first as a boy soprano in my grade school choir singing Mozart and Bach (we had a great music director at my Catholic grade school), and then in a band when I got to high school, playing gigs all over metropolitan Detroit. Our band recorded originals that we shopped to A&R directors at record labels, getting some positive responses, but in those days, we didn’t have the internet to distribute music. It was in college as a music major that I began applying my musical instincts to writing works for chamber groups and larger ensembles, and this experience took hold of my imagination. From that point forward, I never considered anything other than pursuing music as my profession.

I have been extremely fortunate to be able to have a career as a professional musician and a university professor of music, and I wouldn’t trade my experience for anything in the world. My path has also led me deeper into the world of higher education, and I now find myself heading into another phase of my career to take on a college presidency. I would never have envisioned my trajectory when I was first inspired to become a musician. Music is at the root of everything I’ve accomplished, from being a performer and composer to a professor and now college president. I even met my wife, who sings on the recording as soloist in Three Sacred Meditations, in college while studying music at the University of Southern California. So, while as a kid I would have been happy if I could have made it as a shortstop playing for the Detroit Tigers, I think I’ve been blessed with the opportunities that have come my way through music.

If I had to pick one, it might be the ending of the last movement from Three Sacred Meditations, which is scored for orchestra, chorus, and soprano soloist, and sung by my wife, Dana Lentini. The last movement builds momentum and eventually leads to the soprano floating the highest note in the piece, a high B, in a dramatic way over the chorus and orchestra. For me, it captures the emotion and expression of closing a grand statement, and the whole piece seems to aim toward that final moment. Another favorite aspect of the recording is the way that the orchestra piece Through Time and Place came about. Conductor Ricardo Averbach asked me around 2009 if I’d write a composition to commemorate the bicentennial of Miami University. There was only a short time frame to write something, so I discussed with the conductor utilizing musical materials I had developed over several years for a large orchestra piece. It all seemed to fit perfectly, and it was great seeing the piece performed and then recorded. The title is an appropriate reflection of the way the ideas developed over time.

It means everything to me personally, because it is an expression of everything personal. We hear from artists all the time saying that when their creations are out in public for everyone to see or hear, they feel vulnerable and exposed. It is a true statement for most artists, I think. Every moment of THROUGH TIME AND PLACE has meaning for me, as a composer’s work is an aural representation of an individual’s art and craft, but is also a soundscape of how the artist thinks and feels. Besides the compositional and artistic process of creating the music, the recording is brought to life by some great performers and conductors, and it means so much to me to have such wonderful musicians interpreting the music from the score into living and breathing musical moments. The Angel’s Journey hold special meaning, as I dedicated it to my maternal grandparents who helped to raise me as a child. I used musical pitches to represent their initials and their family name (Berra), represented by the pitches B-E-D-D-A, which forms a main theme in the work.

Composing is a way of creating an original journey for the listener. When I write music, it is first an expression of my personal sense of time and sound that has meaning to me, and that I hope will connect to an engaged listener. In my own experience as a listener, it is always challenging for me to listen to music in the background while I am doing something else because my mind and ear are drawn into the music’s pathway. Engaged listening is not a choice for me; it just happens. So, THROUGH TIME AND PLACE represents my journey in building and shaping musical moments that I care about, and all I can hope is that listeners also find something that draws them into the musical experience. 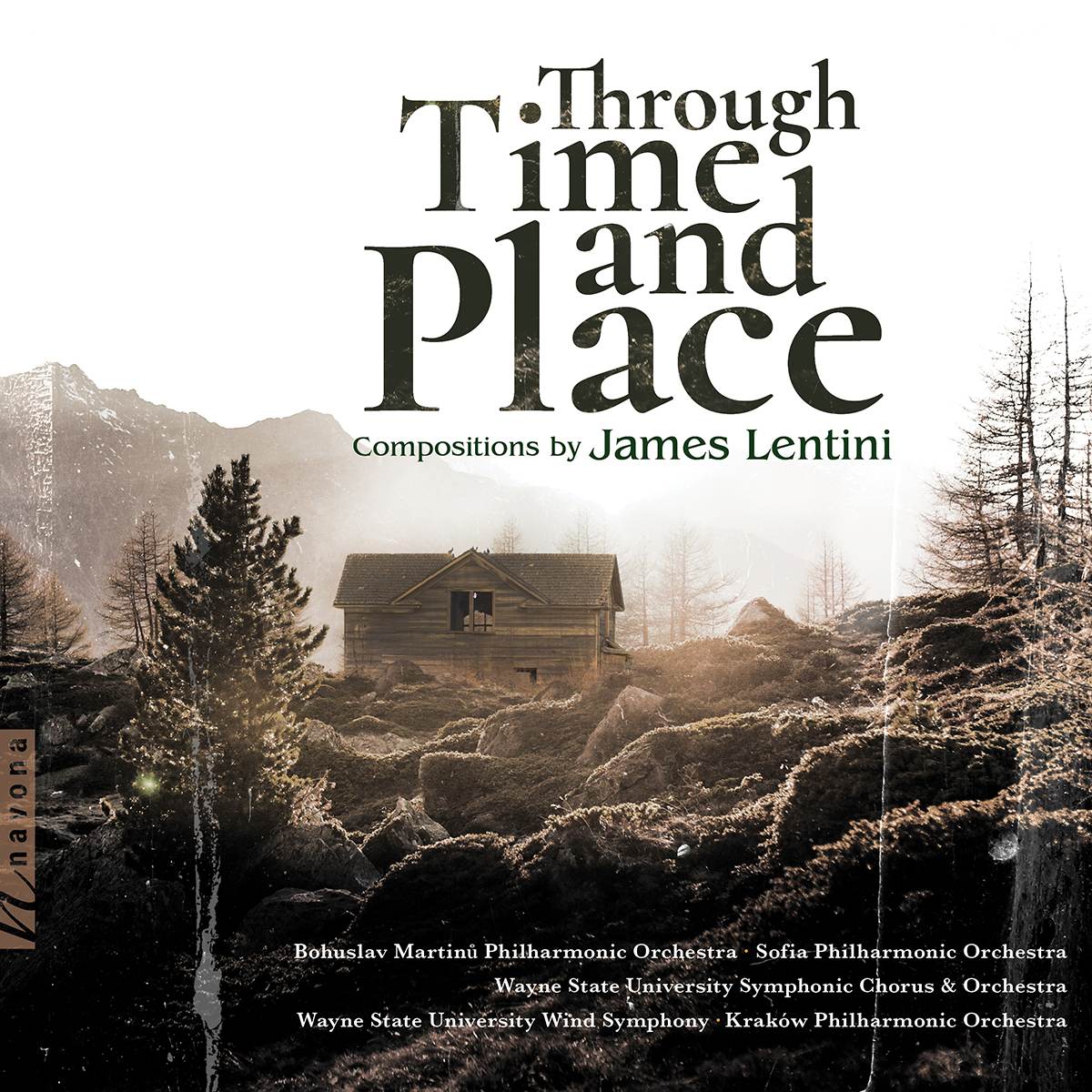 THROUGH TIME AND PLACE by James Lentini is now available to stream or purchase through Navona Records. Click here to explore this new album.