The Inside Story: Gruca White Ensemble and A DIFFERENT TAKE

If variety is the spice of life, A DIFFERENT TAKE adds a bowlful of zest to the idea of standard repertoire. On their debut album, the Gruca White Ensemble’s creative programming and energetic performance lead listeners on a journey through intermingled genres and out-of-the-box renditions of well-known tunes.

Today, the Gruca White Ensemble are our featured artists in “The Inside Story,” a blog series exploring the inner workings and personalities of our composers and performers. Read on to discover how a pandemic performance brought out the ensemble’s creative problem-solving…

Robert: Growing up I didn’t really have a specific favorite artist but I listened to a lot of classic rock, particularly the bands Rush and Led Zeppelin. Other musicians I listened to and was inspired by were Stevie Ray Vaughan, Steve Vai, Eric Johnson, and Eddie Van Halen to name a few.

Linda: My mom was/is a very accomplished amateur pianist who practiced in the evenings, so as a kid, I loved listening to Brahms, Rachmaninoff and Chopin as I fell asleep. Later, I turned to Mahler, Miles Davis, and The Doors.

Robert: I started playing guitar at age 9 and fell in love with it immediately. I was always playing and practicing but didn’t make a conscious decision to pursue it as a career until college. As an undergraduate, I really enjoyed more and more the Classical guitar repertoire and came to the realization that I didn’t want to do anything else but work as an artist playing and teaching guitar.

Linda: After the first day of summer band when I started playing flute in fourth grade, my mom says I came home and said “this is what I want to do my whole life.” I have no memory of that, but I do not remember a time when I did not have a plan to become a musician. I’m happy it came to be. In high school, I played both flute and piano equally well, and at that point, I made the conscious decision to pursue flute as a career and keep piano as a secondary instrument.

Linda: The pandemic has brought the necessity for unusual set-ups for a performance. Bob and I played a two-porch concert this summer… me on one porch and Bob 25 feet away on a neighbor’s porch. We couldn’t see each other all that well, but had two amps hooked up so we could hear well. We had a great time! I would never have dreamed of that set-up as being the most ideal possibility.

What is your guilty pleasure

Robert: I grew up when Nintendo first came out. I’ve always had a weakness for video games. If I wasn’t playing my guitar I was probably gaming.

Robert: Personally I think of it as a great representation of the approach or mission of the Gruca White Ensemble. We are interested in and are inspired by many styles of music so this album really reflects that approach in programming and performance.

Linda: When we formed Gruca White Ensemble in 2013, we questioned what would set us apart from all of the other wonderful classical flute and guitar duos. We, of course, wanted to flex our classical chops and explore new music by the best composers, but also decided to embrace our diverse musical backgrounds and allow ourselves the space to be curious, creative, and really allow ourselves to explore the many ways of improvising as a duo. We felt like we had to be both bold enough to try anything and humble enough to fail. The many, many concerts that we’ve played with that attitude allowed us to create an album that is truly unique, which is really rewarding.

Robert: I hope the album conveys our versatility as musicians as well as gives the listeners a sense of wonder about the different musical inspiration in the world. In a grander sense, a feeling of music being a fundamental and universal tool of expression.

Linda: Music is music. There are pieces representing all sorts of musical styles and music from all around the world. It’s wonderful to embrace different musical cultures and explore. I like the Big Round motto of “there is no box.” 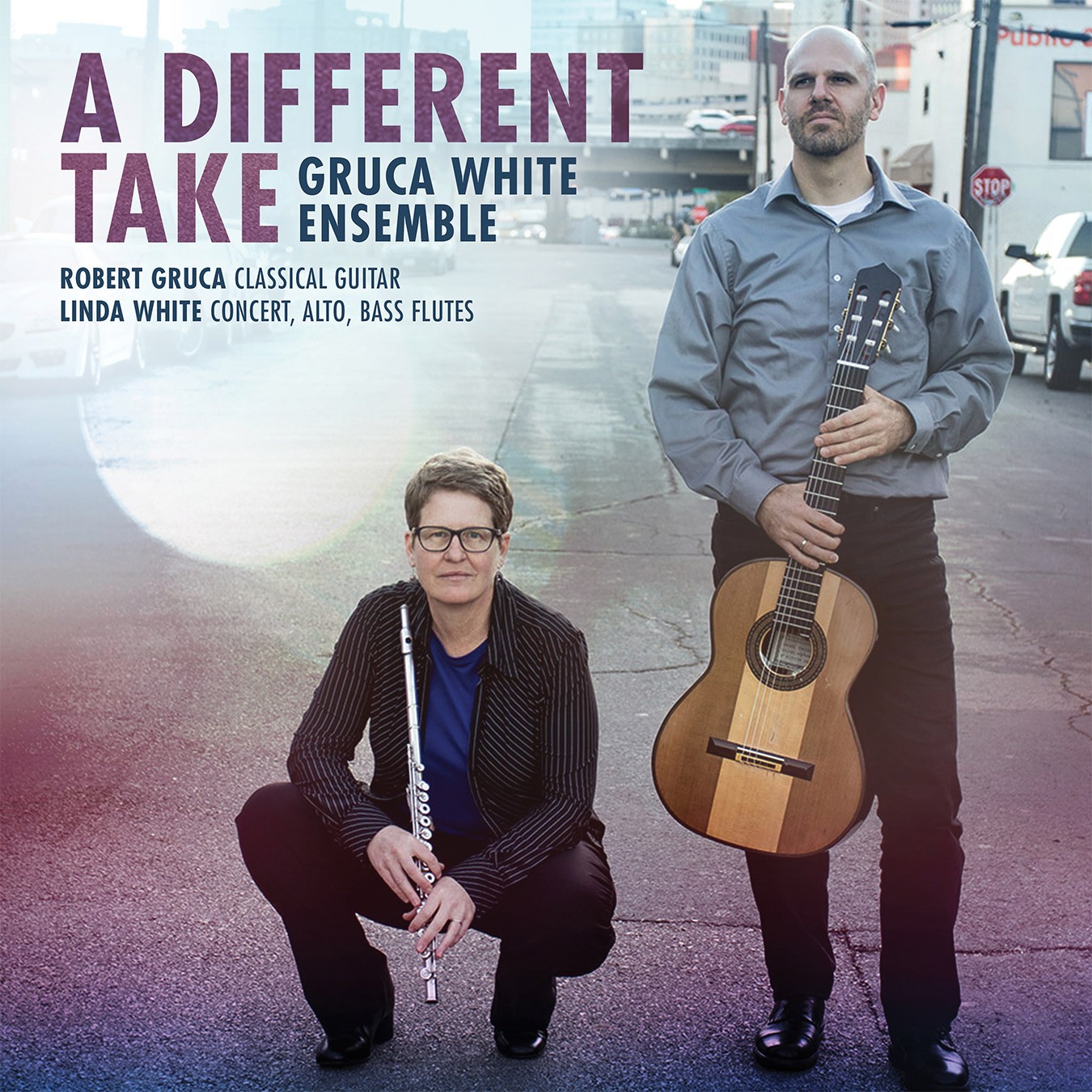 A DIFFERENT TAKE is available now from Big Round Records. Click here to visit the catalog page and explore this album.