The Inside Story: George Palmer and BREAKING THE SILENCE

Navona Records proudly presents BREAKING THE SILENCE from legendary Australian composer George Palmer. The works featured on this new album draw inspiration from centuries-old poetry as well as the composer’s own life experience; Breaking the Silence unpacks a 17th-century pastoral haiku depicting a lone frog’s leap into a still pond, while Not Going Quietly is a touching tribute to a concert pianist whose life was cut short by a brain tumor.

Today, George is our featured artist in “The Inside Story,” a blog series exploring the inner workings and personalities of our composers and performers. Read on to discover this composer and Supreme Court judge’s surprise conducting debut at a Sydney Opera House Ray Charles concert…

Who were your first favorite composers growing up?

My earliest musical memory is of my aunt singing to me. My aunt, who had a beautiful light soprano voice, lived with us until I was 4 years old and she used to sing me to sleep most nights – folk-songs in Italian, French and Slovene. Those folk-song melodies were, no doubt, absorbed indelibly into my musical subconscious.

It’s no surprise, therefore, that all the composers I loved as a child were supreme melodists. I started the piano at age eight, so I was introduced early to the classical canon, Bach, Mozart, Beethoven, Schubert – sublime melodists all. Those composers taught me not only ‘singing line’ – think of the interior voices in a Bach work, for example – but they taught me also the importance of structure, form and logical development in my own composition.

As I progressed in my piano studies, I was seduced by the sensuousness and wit of Debussy, Ravel, Poulenc, Francaix and their contemporaries. Perhaps they appeal to my French heritage as my maternal grandfather was French. In my own work, I try to combine the clarity of the French with the rigor of the Germans while maintaining, I hope, my own individual voice.

I always knew I was going to write music and never thought twice about it. From the moment I started the piano, I made up little pieces of my own. I would write them down and show my piano teacher, a very kind lady and also an excellent teacher. While not dismissive, she would greet each new ‘masterpiece’ with “That’s very nice, dear. Now, how about we practice our arpeggios?”

As a teenager I devoured books on music theory, composition and orchestration – a strange pursuit, but no stranger than many others which pre-occupy teenagers. Once, at the age of 14 when I was in boarding school, I was in the Study Hall one evening with two hundred other boys, all doing our homework assignments, when having finished my tasks, I decided to start work on a septet for winds and strings which had been going through my mind (what adolescent pretension!). I ruled out the staves in my exercise book and had just started the magnum opus when I got a box on the ear from a patrolling master: “Stop mucking about, Palmer, and go on with your work. That nonsense is not going to get you anywhere” My first critic!

In 1998 Ray Charles toured Australia, performing with full symphony orchestra in major venues in Sydney, Melbourne and Brisbane. The promoter needed an Australian support act and he engaged a very good friend of mine, a brilliant singer-songwriter, on condition that he also play with the orchestra. My mate asked me to orchestrate his songs, which I was happy to do. The promoter then said to me “We need a conductor for the support act; I can’t afford one so you’ll have to conduct.” I protested “But I’ve never conducted an orchestra in my life.” He shrugged: “Well, there’s a first time for everything.”

So it was that my first performance as a conductor was in the Sydney Opera House, packed to the rafters (for Ray Charles, not the support act, of course) with a full symphony orchestra. Fortunately, the orchestra, being top musicians, merely started when I indicated, stopped at the end and never gave me another glance, leaving me to gesticulate grandiosely and completely ineffectually on the podium. Thanks to them, the performance was terrific.

The same scenario was repeated in Melbourne and Brisbane but I was never tempted to take up the baton again.

I have discovered the pleasure of cooking. My mother was an excellent cook and so is my wife, so that for most of my life I was fortunate in never having to fend for myself in the kitchen.

But a few years ago my wife said that it was now my turn, so out of necessity I started to make a few basic dishes. Starting with a limited repertoire, I gradually learnt more and more and, while I’ll certainly never earn 3 stars in a Michelin guidebook, I think I can say in all modesty that I’m now competent with most dishes – if I follow the recipe meticulously.

Cooking for family and friends, while a pleasure, couldn’t really be described as a guilty one. My REALLY guilty pleasure is making chocolate cakes, the richer and more chocolatey the better! It’s no use denying that I’m a hopeless chocoholic. But I pay a price for those chocolate cakes: I have to expiate my guilt with some very strenuous physical exercise afterwards. Thus, virtue is preserved!

I would love to spend three months alone somewhere in the vast wilderness of the Kakadu National Park. Kakadu is a protected area in the Northern Territory of Australia, within the Alligators Rivers Region, and covers an area of almost 20,000 sq. kms, about half the size of Switzerland. Being in the tropics, it is hugely rich in flora and fauna, particularly bird life, and the spectacular scenery is like nowhere else on earth.

I would take time to immerse myself in the place, listening to its sounds and silences, feeling its shifts and nuances of mood, surrendering to its ancient magic. And eventually, music would come – music unlike anything I have written before.

Is there a specific feeling that you would like communicated to audiences in this album?

This album contains chamber music of very different character and mood, often within the same work. So, to take just one example, the String Quintet, Not Going Quietly, progresses from the stark horror of impending death, through grief and consolation to a joyous celebration of the eternal creative impulse.

I try to communicate in my music all the emotions to which we, as humans, are susceptible. There is plenty of anguish, hate and anger in the world and I’m not blind to it or immune from it. But they are not the only emotions which move us – all of us experience at some time love, moments of peace and tranquillity, pure fun, spiritual and intellectual insights, to name a few.

I would hope that audiences listening to the works on this album will feel that, for a few moments, they have shared in the wonder and richness of the human condition. 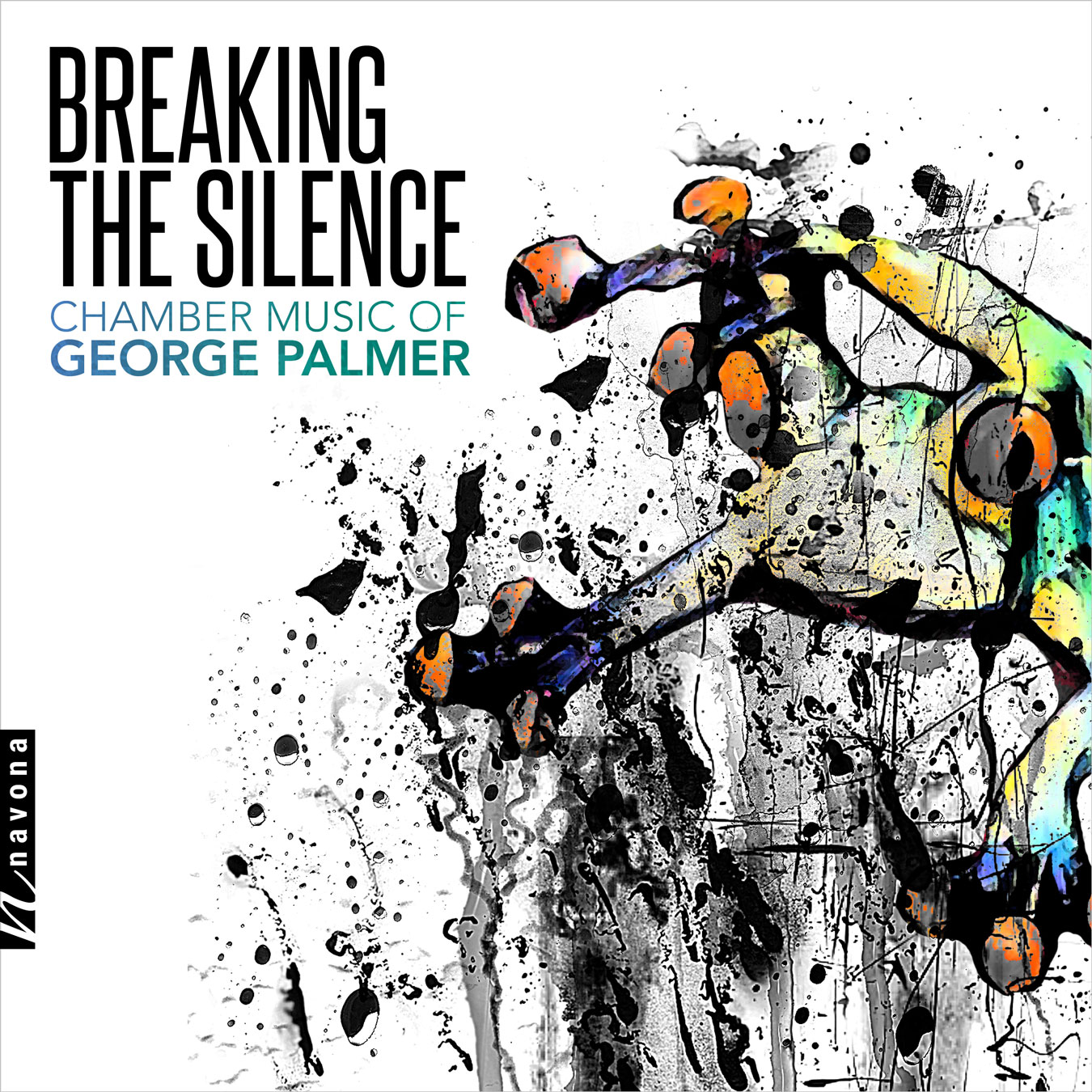 BREAKING THE SILENCE is available now from Navona Records. Click here to visit the catalog page and explore this album.