The Inside Story: Ganesh Kumar and SPIRIT OF HUMANITY

A historical feast awaits listeners on Ganesh Kumar’s Navona release SPIRIT OF HUMANITY. Half intended as an homage to Beethoven, half a musical portrayal of a little-known refugee crisis in World War II, it aims to be an epically emotional orchestral experience.

Today, Ganesh is our featured artist in “The Inside Story,” a blog series exploring the inner workings and personalities of our composers and performers. Read on to discover how a guitar performance influenced his decision to compose…

My early influences that continue even today are…

The idea of becoming a composer took root in 1986, during a concert held at the British Council Division, initiated by my renowned music teacher Mr. Abdul Sattar and organized by Musee Musicals, the Indian representative of Trinity College of Music, London, as part of their Annual Awards Ceremony.

I was playing a piece composed by the famous Spanish Classical Guitarist and Composer Fernando Sor. Though I had performed many concerts for varied audiences before, that evening revealed a new dimension that changed my perception altogether.

As I began plucking my classical guitar, I was happy to see the gathered audience thoroughly enjoying the evening. They responded well to the nuances of the piece and were very appreciative of my expertise. After years of hard work, it is this magical moment that every concert performer would wish for. As I was deeply enthralled in this magical moment, I suddenly realized that it is the ‘soul of the piece’ that was communicating with the audience and carrying them along. All other efforts, including my interpretation of the piece, were mere tools in realizing it. This God given realization dawned on me that evening, and directed me towards becoming a composer.

I would like to be a resident composer of a world class Symphony Orchestra, with a dedicated choir and a great conductor. I always believe in sharing and there are lots of ideas to be offered to the world from our Indian perspective. I believe being associated with an orchestra would provide me with an opportunity to consign our thoughts to the world through the Western classical medium.

RISE – Symphony no.1 in D minor
Rise, being a humble tribute to the legendary composer Ludwig van Beethoven, where the figuration of the protagonist’s name ‘Bee-tho-ven’ (taa-taa-taa), was subconsciously embedded and recurs throughout the symphony, revealing a higher state of consciousness, that leaves me with goosebumps every time I listen.

THE JOURNEY – From Despair to Hope – Symphonic Poem
The liberty that the structure of the Symphonic Poem offers to repeat a theme(s) from a previously established section, is one of the key factors that binds the Symphonic Poem as one whole movement. Among the ten sections of The Journey, the sixth section titled “Desolation” is a modified version of the first introductory aria titled “Lost Souls.” Here, the orchestra restates the opening aria in a metaphoric representation of the desolate condition of the Polish refugees, with their spirits at an all time low. The contrapuntal melody by the solo cello, against the main theme on the solo violin, augments the helplessness of the refugees and carries their misery to the highest level of emotion, making this segment the most poignant section of the symphonic poem. This surely, is one of my favorite musical moments in The Journey.

An invaluable experience as a composer and a great opportunity as a music producer… on the whole this is one of the most important milestones in my musical career.

This album is a personification of how a tiny inspiration could evolve into a gigantic musical puzzle, aesthetically decoded under the baton of a distinguished conductor, who then translates it with atomic precision in real time, to different sections of the orchestra, triggering the talented players to infuse life and soul to the otherwise static notes. This incredible journey defies the vocabulary of words, but can only be experienced with Divine Grace.

I am ever grateful to our patron, Anand Madhavan, who over the many years has supported me with his wisdom and generosity. My gratitude goes out to the Dhahara Vidhya Foundation for commissioning the project and to our core team members, who have been pillars of strength with their steadfast support right through my journey.

Optimism and humanitarianism are upheld to the highest degree in Rise and The Journey, respectively.

The famous adage; “The greatest glory in living lies not in never falling, but in rising every time we fall” by Confucius, inspired me to write the symphony Rise. It invokes “Spirit of Positivity and Perseverance,” and is a humble tribute to one of the greatest musical geniuses of all time; Ludwig van Beethoven, whose music rose above every fall he experienced in his life.

The Symphonic Poem The Journey – From Despair to Hope, glorifies the “spirit of humanity” by the Maharaj Jam Saheb Digvijay Singhji. The strong underlying statement is a reminder to the present and future generations of the “Draconian consequences” of war that should never be repeated. 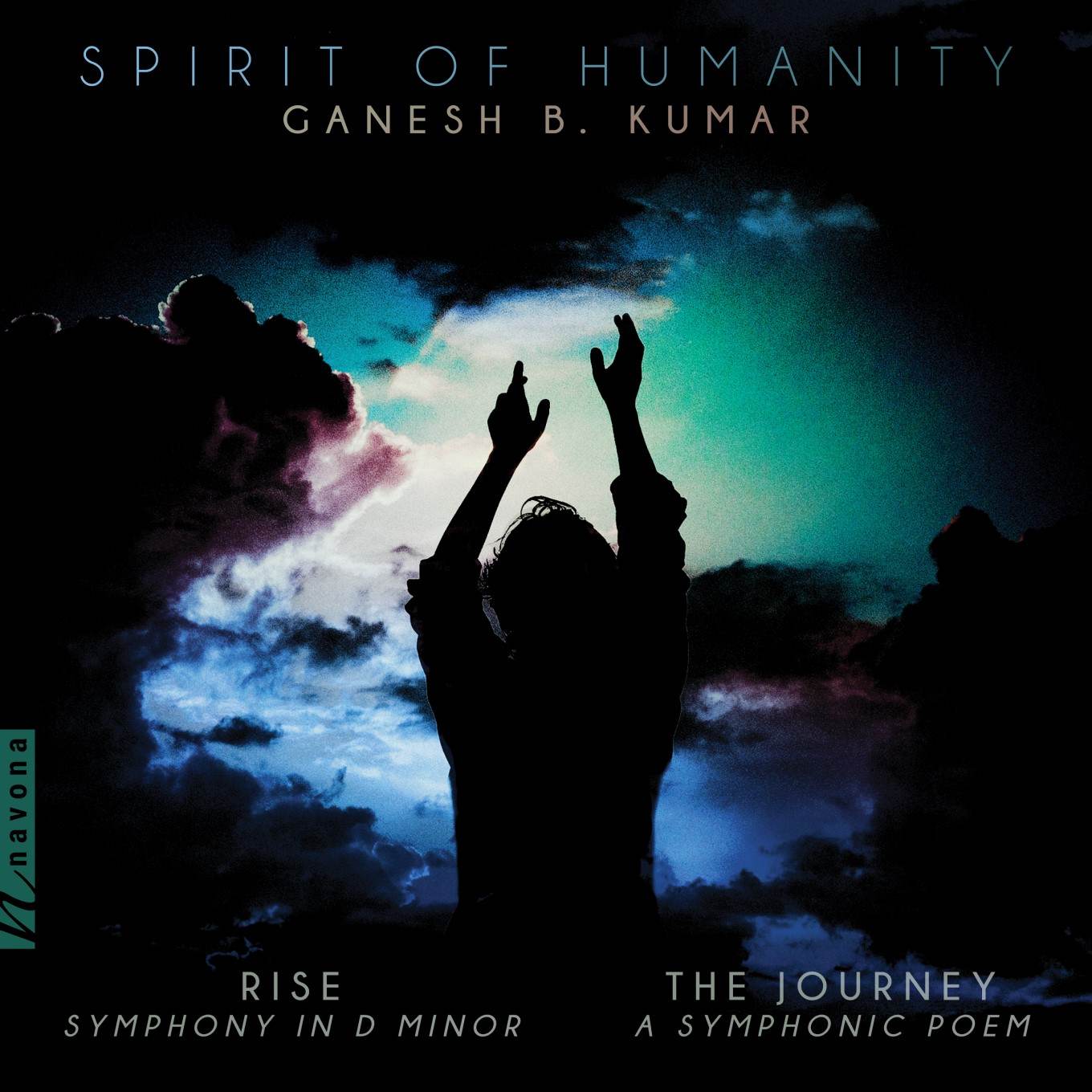 A historical feast awaits listeners on Ganesh Kumar’s Navona release SPIRIT OF HUMANITY. Half intended as an homage to Beethoven, half a musical portrayal of a little-known refugee crisis in World War II, it aims to be an epically emotional orchestral experience.