The Inside Story: Elaine Freeman and LA SPERANZA

Composer and songwriter Elaine Freeman and Big Round Records present LA SPERANZA, a careful selection of piano music, composed by ear, memory and touch without sheet music. Not quite classical, not quite pop, these pieces have the ability to appeal to both the casual listener and fans of musical minimalism.

Today, Elaine is our featured artist in “The Inside Story,” a blog series exploring the inner workings and personalities of our composers and performers. Read on to discover the tender meaning behind Elaine’s Song for Angelo…

I listened to so many different artists of all genres growing up that it’s incredibly hard to choose even a few. From a very young age my father would play a lot of Simon and Garfunkel, Bob Dylan, Bruce Springsteen and Elvis in the car each day. And on other days he would play Nana Mouskouri, Demis Roussos, or The Shadows, among many others. I loved classical guitar even though I never played.

As I grew older I loved rock and pop and dance, e.g. Nirvana, The Prodigy, Tori Amos, Green Day, anybody who played a piano in pop I thought was a god! I was obsessed with the Welsh singer David Gray, I loved all classical music, and listened to it all night on the radio. In particular, I loved Liszt, Schumann, Beethoven, and Mozart. I really listened to everything. It’s all I did. I still do. My album collection is vast.

Definitely to make a proper living from composing music alone would be perfect. Anything that you love or find so easy and natural has to be an ideal way to make your living! I would love to have the chance to compose for film or tv, and another job I would really love would be music supervisor for a tv show or a movie; I’d love to be in charge of handpicking the music for literally each scene, I like to think I’d be great at it!

I could say chocolate like most people and all things similar but unfortunately I don’t feel guilty when I eat anything so that’s my problem! I love sitting and watching television, any old rubbish will do, and I always feel guilty as if there’re a million more important things I could be doing!
I love any kind of music reality shows as sad as that may seem!

It’s a toss up between guitar and violin, because as a child I loved both and would have loved to learn both as well as the piano. But I think if I were to play another instrument so easily I would pick the guitar.

I think I have two.; I changed the Intro to La Speranza to (Song for Angelo) and before it had been a simple Intro to the album but I wanted to have it as Angelos’ song as he was our baby who died last year and now when I play it it has a whole new meaning. I feel like the piece itself has so much life to it and lifts me in a way.
My other favourite moment is in Leave Me At The Border. Towards the very end of that piece there is a very brief but very specific key change that I insert twice just before it ends. Nobody else understood it except myself and Joe my engineer!

The fact that I created the album by ear meant it was much less conventional than a standard album of compositions, and it was a huge personal achievement. I always struggled with reading music and never found it came easy to me, even after years of studying when I was younger, yet playing by ear was, and is like second nature. I always wanted to compose and it comes so naturally to me but I used to believe that if I weren’t as proficient as others in sight reading I wouldn’t be successful and I’m glad to have proved myself wrong!

Yes. I think that when all else fails or when we are at our lowest, as cliche as it may sound, the only thing really that we have is hope. That’s why I named the album LA SPERANZA, which literally translates to ‘The Hope’. If you lose that you might as well give up. Without hope there is nothing. And I think it’s what drives us all at the end of the day! Each composition on the album is reminiscent of a different time or stage in my life, be it good, bad or indifferent, a journey as such, and in my own mind the album as a whole is representative of all the styles and genres of music I have gathered over my life to date. 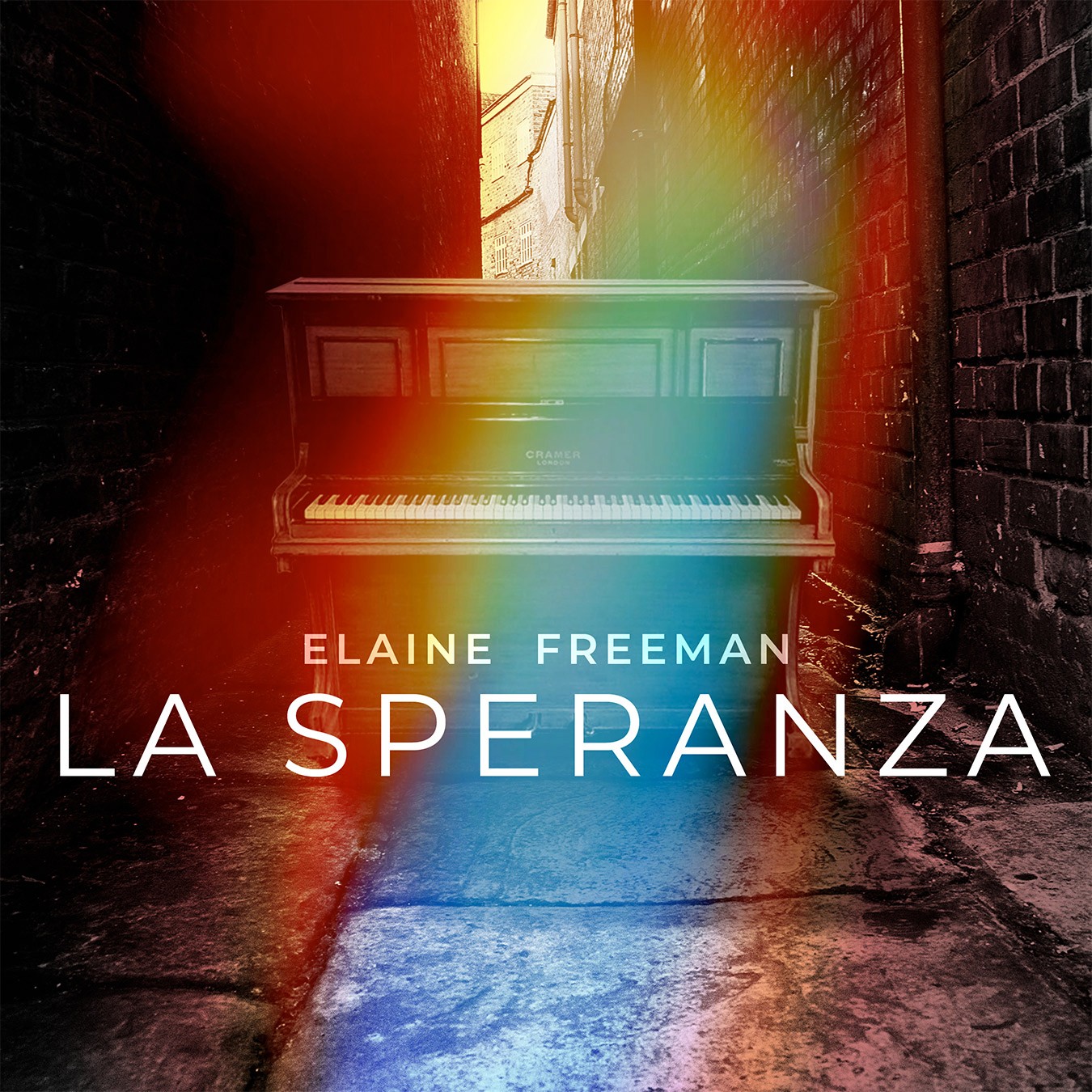 LA SPERANZA is available now from Big Round Records. Click here to visit the catalog page and explore this album.