The Inside Story: Eight Strings & a Whistle and …AND NOTHING REMAINS THE SAME…

On …AND NOTHING REMAINS THE SAME… from Eight Strings & a Whistle and Ravello Records, the flute-viola-cello trio explores the constant cycle of transformation that defines human existence. The performances heard on the album offer a rewarding and intimate listening experience, with a deeply evocative sound rife with stark dissonance and rich harmony.

Today, the members of Eight Strings & a Whistle are our featured artists in “The Inside Story,” a blog series exploring the inner workings and personalities of our composers and performers. Read on to learn about each of their favorite moments on the album, and the Yankees game that hijacked one of their performances…

Who was your first favorite artists growing up?

Matt: I’m having a hard time remembering that far back, but for a long time now, my favorite cellists have been Pierre Fournier, Mstislav Rostropovitch, and Anner Bylsma.

Suzanne: I loved listening to Aurèle Nicolet playing the Mozart Flute Concerti. Still do! And Elizabeth Schwarzkopf and Miles Davis. Not sure how I ended up being a flute player; we can blame it on Mr. Nicolet.

Ina: That’s a hard question. I may have to go with Billy Joel. I know that has nothing to do with viola playing but until I got to Precollege at Manhattan School of Music, I probably couldn’t name a single viola soloist. Now if I wanted to cheat, I’d say William Primrose, cause how can you beat those Brahms Sonatas.

Ina: Early in our lives as a trio, we had a concert at a local library. It was baseball season and right in the approach to the World Series. In the audience were two gentlemen, who clearly had been dragged to the concert by their wives and were not happy to miss the Yankee game…so they brought it with them. They were listening to the game the whole concert. But they weren’t using headphones. No, they had an old school radio, playing the game out loud, full volume! There were many stares and shhh’s from other audience members but they wouldn’t be deterred and no one from the venue did anything about it.

Matt: Yes, that was one for the record books! We’ve always spoken from the stage during our concerts, but trying to talk over the game finally proved too much –– finally, I just said aloud “Oh, why bother,” and gave up!

Ina: The Yankees won that day, both on the field and in the library.

Matt: I watch w-a-y too much HGTV. And the Food Network…

Suzanne: Netflix. I especially love watching Turkish and Spanish series. Why Turkish? My grandparents — who were German — lived in Istanbul for the better part of their adult lives. Their children were born there, and I spent a lot of time there as a kid. I love hearing the language and seeing scenes of the different parts of the city. Why Spanish? Who knows, but I do love the language and those on location shoots are just gorgeous.

Also, we have a post concert ritual when we’re on tour. Ina and Matt introduced me to Combos (pretzels with fillings snack). Part of the ritual is searching for Combos and a bottle of wine. Once back in the hotel, there is a search for wine glasses — ok, plastic cups — and then we enjoy the wine with those yummy snacks.

Ina: Combos, good in a hotel room or in the car! Or while watching the Food Network.

Matt: Although Snickers bars are *the* perfect concert food!

Ina: I have a few, but I think the sultry, dark sound of the alto flute at the start of Loki’s Lair may be my favorite. It always sounds like it is coming out of the mist.

Matt: There’s a moment in Souls, where the atmosphere gets punctuated by a low, ponticello note in the cello, and the viola solo begins. It chokes me up every time.

Suzanne: I also have several favorite moments in all of the pieces on the album, but everytime I hear the opening of Souls, I am reminded of how much I love this piece. And then there is a passage in Pam Sklar’s Two Journeys. It’s toward the end of “Third Eye” — the first movement — when the flute and cello join the viola. It is so intensely beautiful and just hits me so deep inside, it’s difficult to articulate. I remember when we played it at a concert in Havana, one of our Cuban friends — Ernesto Oliva Figueredo, who took the photo of us that’s in the booklet of the album — remarked on how this piece in particular moved him and how what it evokes seemed to just transcend everything.

Matt: I’m not sure if I ever thought about a “personal” connection to the recording, but I’m wondering, if in part, it’s about leaving a legacy. The repertoire for flute, viola, and cello trio isn’t as deep as say, the string quartet or piano trio. We’ve sought to change that in our concert programs, our Composer Competition, and in these recordings. We’ve been very fortunate that so many wonderful composers have chosen to write for us, and we want their music to live beyond us. This album is part of that.

Ina: I’m in it for the fame and money!

Matt: The pandemic has been trying for all of us, yet I think we’ve tried to find ways to grow in spite of the difficulties; this album reflects that process: Change, Transformation, Growth.

Suzanne: Matt puts it perfectly. I think we all hope our audiences will be as moved as we are by how those very things — Change, Transformation and Growth — are conveyed by each composer on this album.

Matt: Several of the composers who’ve listened to the album have remarked on how unified the works seem, even when written by people with completely different voices. John Newell put it this way: “Six different composers’ voices, but they seem, to my ears, to fit so well together.” 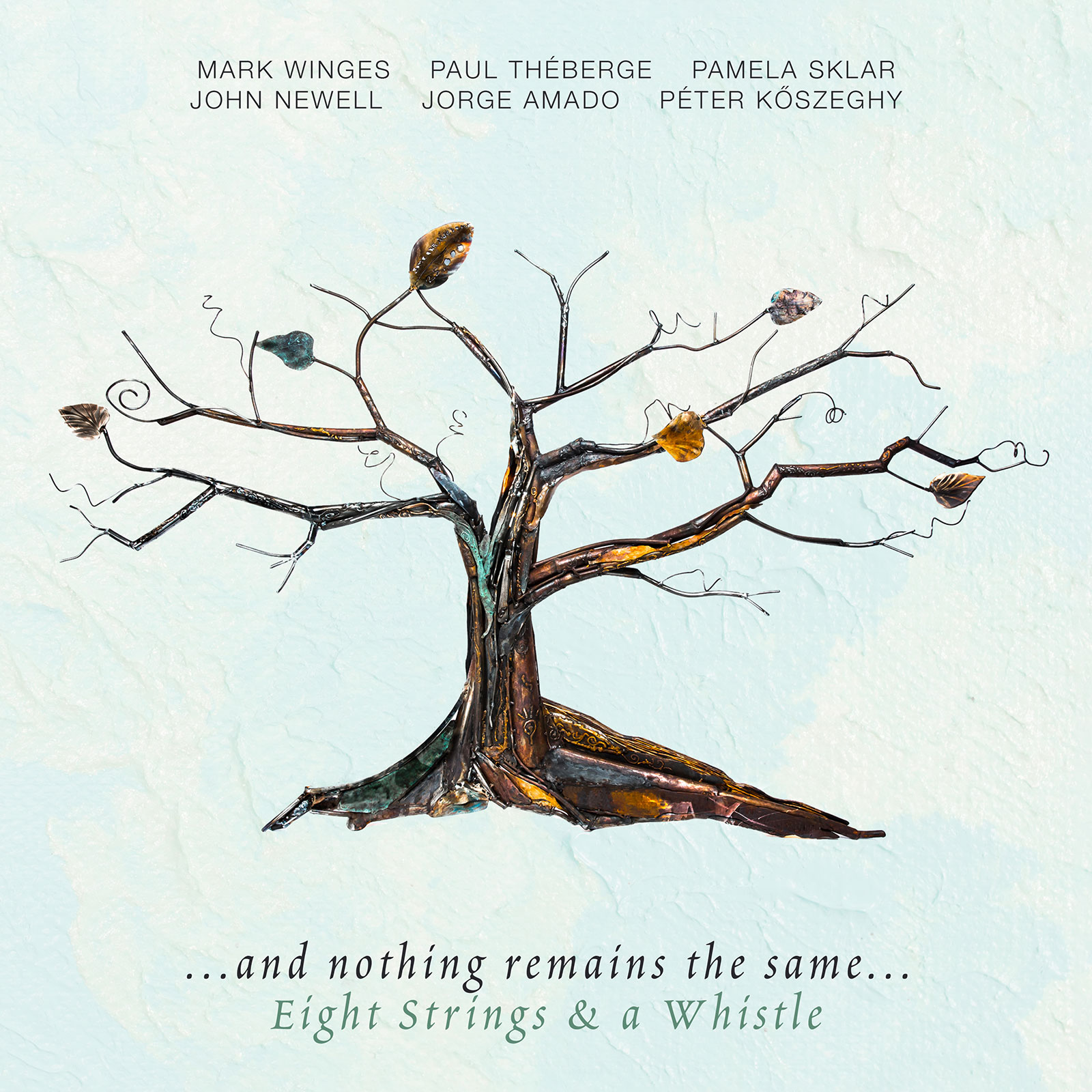 …AND NOTHING REMAINS THE SAME…

…AND NOTHING REMAINS THE SAME… is available now from Ravello Records. Click here to visit the catalog page and explore this album.