The Inside Story: Edmund Cionek and PINNACLE VOL. 2

Throughout PINNACLE VOL 2, the composers explore the cyclicity of life and nature, highlighting the melodic, emotive, and dramatic styles offered by today’s chamber music. Featured on this album is composer Edmund Cionek’s Stolen Moments in Green and Blue, a piece commissioned in 2016 by the Bar Harbor Music Festival Artistic Director, Francis Fortier, for the 100th Anniversary of Acadia National Park and the 50th Anniversary of the Bar Harbor Festival.

Today, Edmund is our featured artist in “The Inside Story,” a blog series exploring the inner workings and personalities of our composers and performers. Read on to learn about Edmund’s fascination with UFOs, and a power outage that led to the merge of an orchestra and audience on stage.

I had a crush on Marianne Faithful in the early 1960s. This is before she went downhill. She was singing things like ‘As Tears go by,” that Stones tune, on shows like Shindig and Hullabaloo, both of which had very bad lighting.

When I was in grade school I wanted to be a painter. Then that eventually morphed into the world of music which I have never regretted. My parents never discouraged me or my sister. She was a dancer and did a tour in Radio City as a Rockette. Not too long ago, my wife Patti remarked “You know, you have a good sense of color, you just don’t know the names.”

Years ago at the Bar Harbor Music Festival, my Oboe Concerto, “Spirit of the Lake” — a commissioned work — was being premiered at the outdoor amphitheater in Acadia National Park. The Festival Orchestra was conducted by Francis Fortier and the soloist was Gerard Reuter. The weather was iffy; it looked like rain was imminent. Francis gave a brief talk before the downbeat saying it would clear, and darned if it didn’t. What other conductor could make that happen? Anyway, later there was a lightning strike on the other side of the island which knocked out our power and all the stand lights right before my piece. Now, this audience was 90% campers and they all proceeded to come on stage with their flashlights and lit up every music stand.
And that’s how that work was born, with audience and orchestra both on stage.

Oh, I will watch any show on TV about UFOs. I don’t care if it is carefully produced or slapped together, it’s all good.

Where I live now, New York City. Can’t beat it for artistic energy or musical innovation or musical tradition. Plus, you can get something to eat at 3 a.m.

I’m very proud of it; I think it’s one of my better pieces. I had a few performances and then it was sitting in a drawer. Now it’s out in the digital universe. The whole team — and there are a lot of them — at PARMA was super excellent at every level. They hired the best performers and engineers. The space was superb. We had plenty of time to get our work done, and plenty of time to linger over small details in post production. I’m very proud. 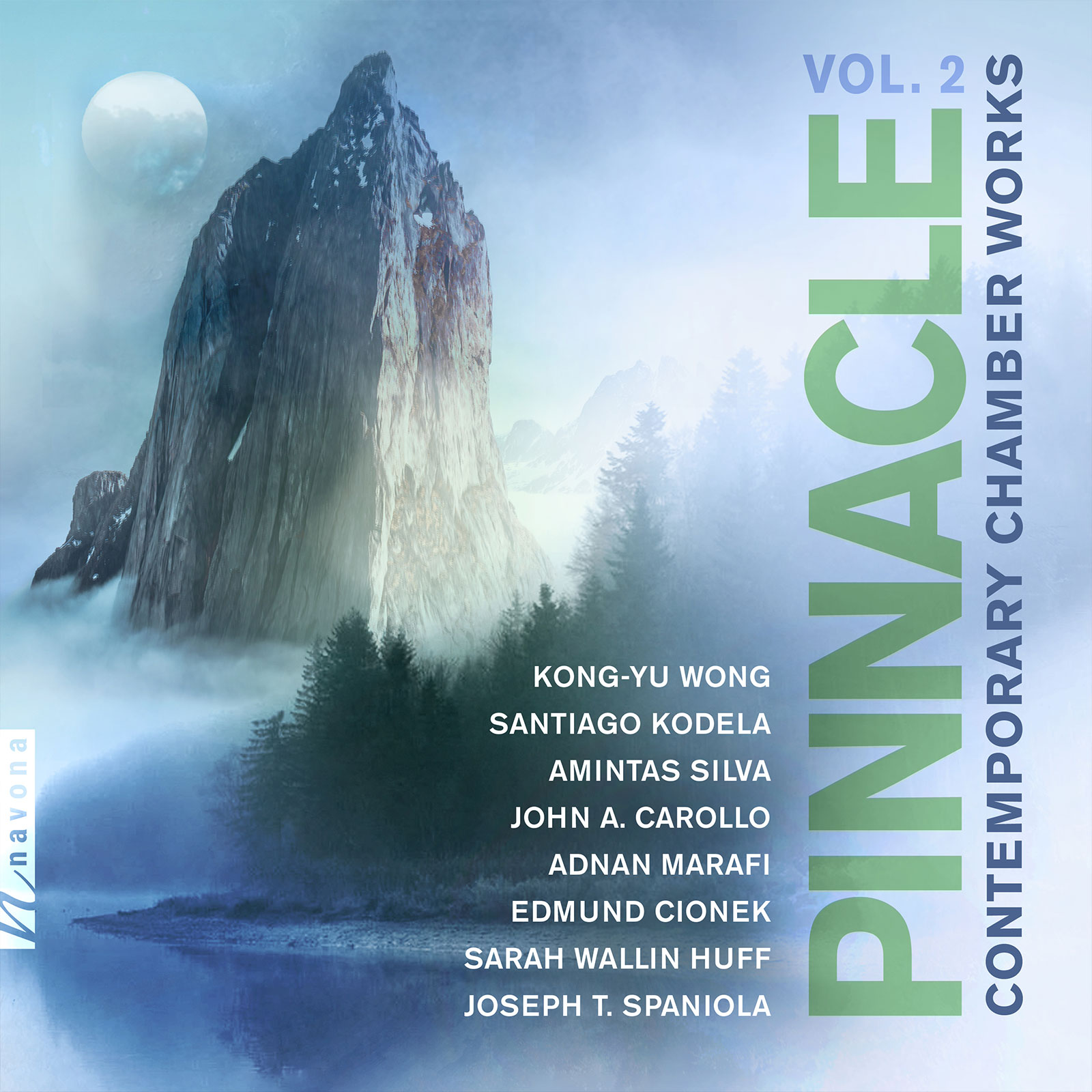 PINNACLE VOL. 2 is available now from Navona Records. Click here to visit the catalog page and explore this album.