The Inside Story: David Warin Solomons and CURRENTS IN TIME

CURRENTS IN TIME showcases the profundity of the human voice in a prime selection of a cappella and subtly orchestrated compositions, whose lyrical foundations are as diverse as the emotional states transported. Featured on the album is composer David Warin Solomons’s piece, The Centipede, a composition that drives home an important message: “if you do something that comes naturally, it might go wrong if you concentrate on it instead of just simply doing it.”

Today, David is our featured artist in “The Inside Story,” a blog series exploring the inner workings and personalities of our composers and performers. Read on to learn about his deep appreciation for the theremin, and his early ventures that helped support his musical endeavors…

Felix Mendelssohn — I adore his string octet in particular and I also sang alto in several performances of his oratorio, Elijah.

Relatively late in life. I gave priority to working as a translator in order to save money, to help finance my creative urges. I retired early, of course, and then got right down to composing and arranging music after that.

Strasbourg, France. I count my musical creativity there in 1977 as my “golden age,” and I have often gone back to those pieces to rearrange them. Mind you the old city will have undergone many changes since those days!

It would be the theremin — it is so flexible. When I watch theremin players, I always marvel at their ability to find notes without touching the instrument.

It is great to be included in and associated with the wide range of styles these composers bring to the table.

The pure satire of the words and the message that the more you try to work out what you are doing, step by step, the more you might trip over yourself. In other words, things work better when you just go ahead without worrying about the mechanical details. 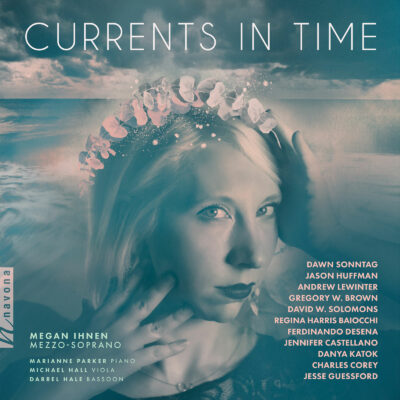