The Inside Story: David Haney and CIRCADIAN WORLD CLOCK

CIRCADIAN WORLD CLOCK from David Haney and Big Round Records is a captivating exploration of nature’s musical landscape. In this groundbreaking recording project, Haney challenges participants from around the world to submit 2-3 minute field recordings, each recorded at the specific hours of the day prescribed by the monastic Liturgy of the Hours. These field recordings from the United States, Russia, Brazil, and many other locales make a powerful statement about our interconnectedness as a species. The soundscapes are interpreted by Haney and his fellow musicians with piano, mallets, EBows, drums, percussion, didgeridoo, and an assortment of brass and reed instruments, offering performances the likes of which inspire reverent contemplation.

Today, David is our featured artist in “The Inside Story,” a blog series exploring the inner workings and personalities of our composers and performers. Read on to learn about David’s unusual performance on an out-of-tune piano, and the unorthodox method that sparked his musical journey…

The first musical memory was — as a child of four or five — listening to the William Tell Overture by Rossini, as performed by Arthur Fiedler and the Boston Pops Orchestra. I liked the power of it, and how it inspired the choreography of my cowboy games. The idea and popularity of the music must have been largely due to it being used in the opening to the TV show – The Lone Ranger.

When I was in third grade, somebody came into the classroom and asked, “does anyone want piano lessons?” I raised my hand. We didn’t have a piano at home; I was given something like a cardboard game board, with a couple of octaves of a piano keyboard printed on top. We were supposed to practice on this 2D keyboard. I guess the idea was that if you succeeded with the cardboard, you could move up to a real piano. It worked and I never looked back.

In 2001, I was touring Argentina and Chile with a travel grant to perform works by Herbie Nichols. On one tour stop, Rosario, about a hundred miles up the Plata River from Buenos Aires, there was a last minute problem — no piano. Fortunately, the organizer ended up renting one. To our dismay, when we arrived, the piano tuner was visibly drunk, and managed to take a slightly out of tune piano and make it unplayable. We sat down at a table towards the back, and were told by the organizer that a special dinner would be provided for the audience, and that all the food was saltless because people eat too much salt! And that there would be a jam session BEFORE the concert. He claimed — as the organizer — that he had the right to make changes.

I felt like walking out. This weirdly disconnected jam session was followed by a crummy concert on an out-of-tune piano. Ironically, the music workshop the next day at the historic opera hall did have a great piano, but unfortunately only one person attended.

A memory that stood out. One of the musicians, who was wanting to join the jam session, came over and began talking to our bassist. After he left, I asked what they had been talking about. It turns out that the musician — a pianist — was perplexed about how to turn on the piano. Apparently, many upright pianos in Argentina have been “converted” to an electric piano by removing the innards, the keys, and hammers, etc. and filling the cavity with an electric keyboard. He had never seen an unaltered upright piano.

The concept of this album — CIRCADIAN WORLD CLOCK — took the form of a clock as a metaphor for the human spirit at different times of the day. The sequence of hours was chosen based on the Liturgy of the Hours, the Monastic schedule of prayer.

This album is about the universal human spirit. I hope the listener feels the oneness of it all. 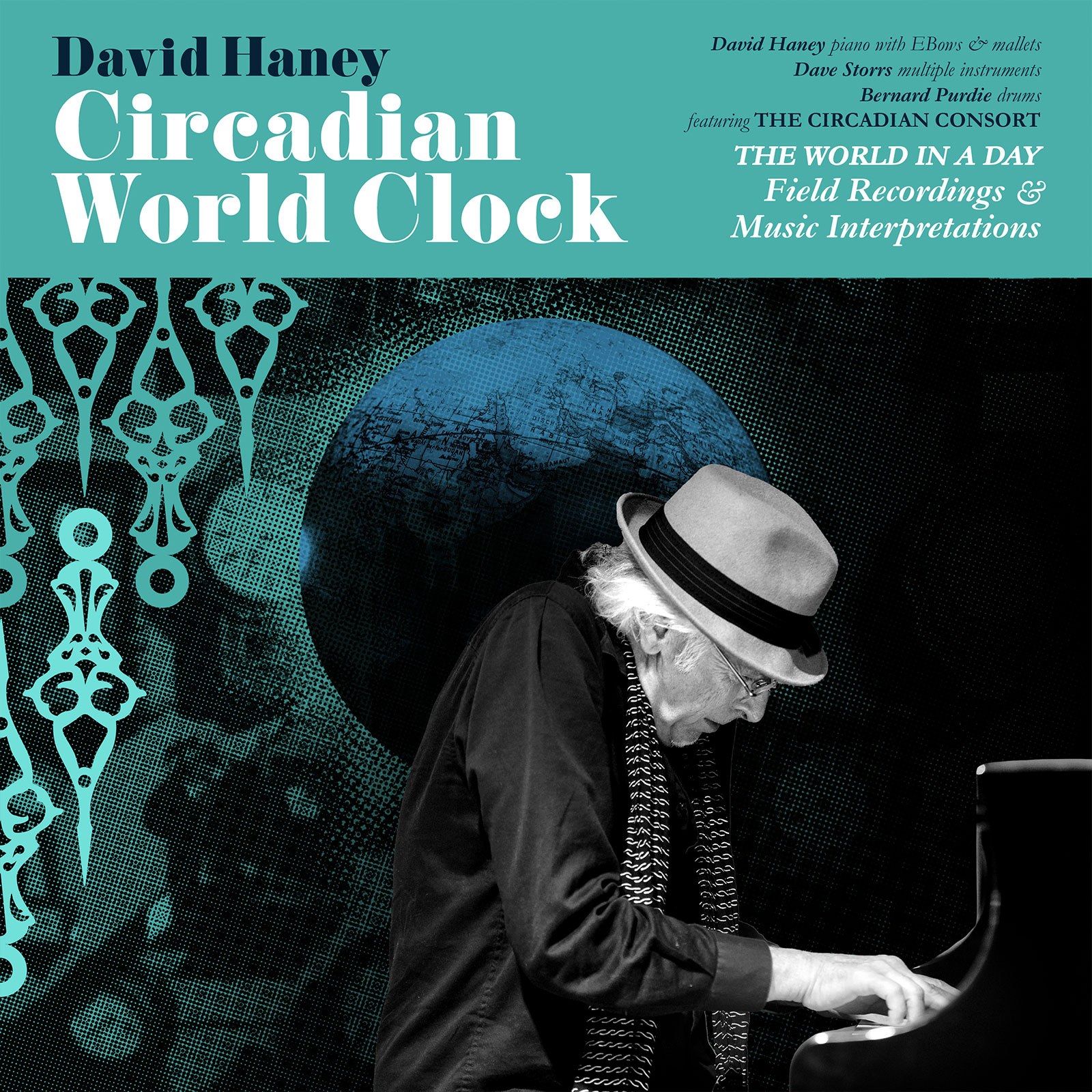 CIRCADIAN WORLD CLOCK is available now from Big Round Records. Click here to visit the catalog page and explore this album.