The Inside Story: Craig Madden Morris and CHAMBER MUSIC FOR OUR TIMES

New from Navona Records and Craig Morris comes CHAMBER MUSIC FOR OUR TIMES, a stirring album of original chamber works. Following DREAMS, which was released in 2011 to critical acclaim, CHAMBER MUSIC FOR OUR TIMES is the work of a master craftsman with an ear for poignant lyricism. The album features four pieces, each of which exhaustively explores the colors and timbres available to the chamber ensembles.

Today, Craig is our featured artist in “The Inside Story,” a blog series exploring the inner workings and personalities of our composers and performers. Read on to discover how he balances his daily life to avoid the isolation of composing…

As a young composer, I fell in love with Brahms as a teenager. His music was so rich in color and feeling that I was overwhelmed by its diversity and range. From the beauty and excitement of his symphonies and concerti to the very personal depth of his late piano works, I was mesmerized at his ability to transmit intimate feelings through his music in such a flowing manner. I fell into his music as it seemed so enveloping, but also accessible. His music lets one understand who he was in the creative way that it flows and I have tried, in my own style, to learn from his genius.

I started writing music when I was eleven years old. I really don’t know why but it became increasingly important to me to express myself through music as I got older. This led me not only to piano and voice lessons in addition to my violin lessons, but also to a close friendship for over thirty years with my musical composition mentor, Shirley Bloom, who was a wonderful composer in her own right. After her death, I have also been fortunate to be able to study with two other composers, Joelle Wallach and Kevin Scott, who have enriched my understanding of the composition process.

Well, I always fantasized working as a composer full-time, but that did not happen as I decided to go to medical school and then became a child psychiatrist. That has been meaningful throughout my adult life, as I have been able to help children and families, which has been rewarding in ways that little else can emulate. To be able to give back to help others in this world has been, and still is, an essential commitment gives meaning to my life in ways that are profoundly personal. I also have realized along the way, that the process of composing music, which I love, can also be very isolating at times, so that I have to limit the time I write daily to a few hours a day, usually at night after work and dinner. My free time is spent with family, friends and being outdoors in addition to writing music. That gives balance to my life.

Perhaps in Tuscany which is so beautiful and would, I’m sure be a creative inspiration with its culture and landscapes. Perhaps at the Juilliard School with its intense creative energy and excitement. Or perhaps in Israel with its history and a place where, in addition to America, I feel my roots as well.

Violin, which I have played for so many years, but without the full mastery which would make it come alive in that special way that it makes a true voice that sings and soars. I could then have the privilege of playing in good chamber groups which make such intimate, special music together that is sheer magic at times.

This album is the culmination of over two years of work. I was inspired by the masterpieces of Brahms and Dvorak, but I also wanted to be able to write chamber works that reflect my own style and feelings which have grown over the years of composing music. And, it was so important to find such wonderful artists who brought the music to life in such a vibrant way through their amazing talents, that it showed me more about my music than I could even imagine. It came alive under their commitment to the ensemble sound and in making the music a living entity with their creative efforts. 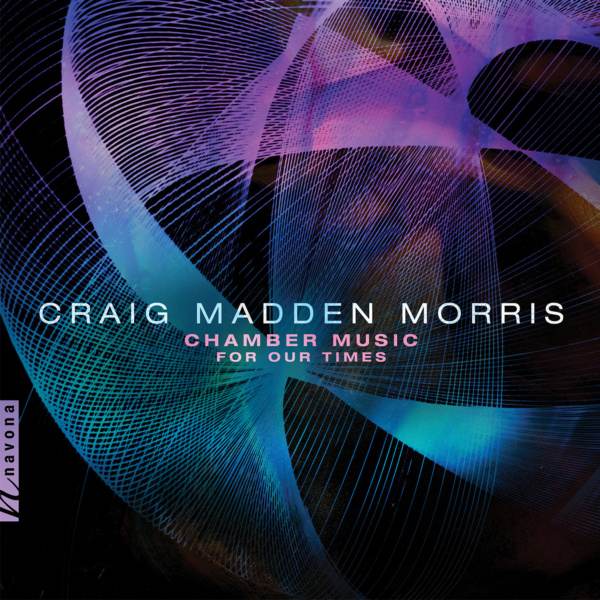 CHAMBER MUSIC FOR OUR TIMES

CHAMBER MUSIC FOR OUR TIMES is available now from Navona Records. Click here to visit the catalog page and explore this album.