The Inside Story: Chafe Impett Parra Trio and TIME CRYSTAL

The Chafe Impett Parra Trio, in partnership with Ravello Records, has released their newest album, TIME CRYSTAL. TIME CRYSTAL is a musical project like nothing you’ve ever heard before—born at the nexus of art and science, this collection of improvisational “experiments” tests the interactions between musical inputs and computer-generated responses.

Today, The Chafe Impett Parra Trio are our featured artists in “The Inside Story,” a blog series exploring the inner workings and personalities of our composers and performers. Read on to discover the voices behind this unique collaboration…

Chris: Probably around 16 years of age.

Juan: At about 15, after the soccer did not pan out…

Chris: I had to explain to an audience in Italy the name I coined for the electric cello I had created, the “celletto”. It did not translate well, actually it did translate well but not as anyone going out on stage would have intended.

Juan: I took the good part of three hours to set up amplifiers, pedals, tape recorders, for an experimental guitar performance, only to find out that I brought an empty guitar case…

Jonathan: Being in the band for the Miss World contest, 1978

Chris: Buying a year’s worth of green coffee beans (50lbs.)!

Juan: Hamburgers at “wrong” times of the day

Jonathan: Well, actually the trumpet. There’s a beautiful interview with Dizzy Gillespie where he looks at his trumpet in its case: “Look at it there, lying in luxury, waiting to mess up someone’s day.” It is a bit like that…

Chris: The album is pure collaboration. It works for me because of the trio.

Juan: The opportunity to share the happy musical accidents that happen when you are busy making other plans…

Jonathan: A moment of focused listening and co-imagining that stands as an important reference memory for me.

Jonathan: Many writers have pointed to the ways in which the cult of individualism we inhabit can, counterintuitively, impede the potential of culture. For music to do its work, resonances must emerge more locally between different voices, imaginations and listenings. That’s what I think happens here, and what I hope we can share with listeners. 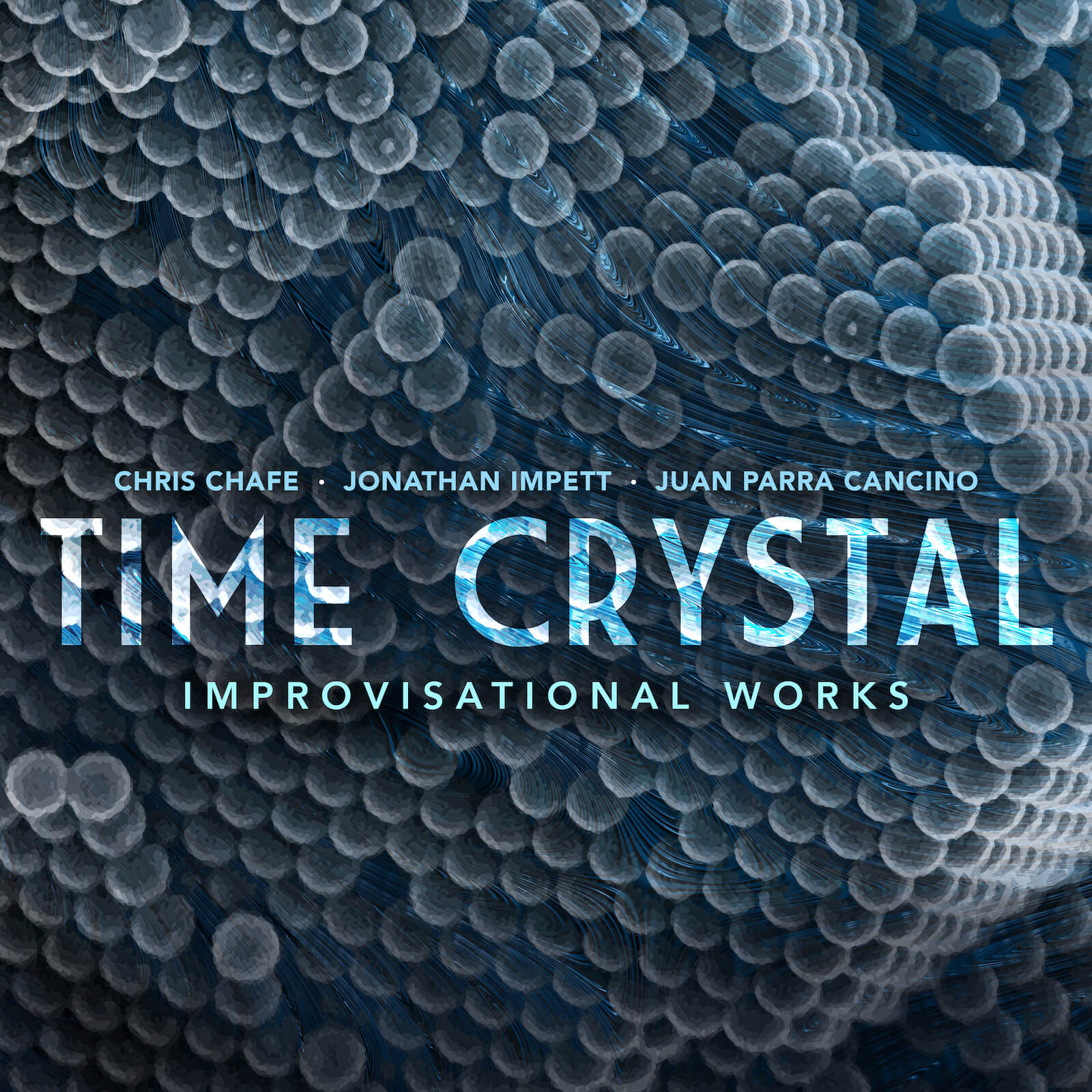 TIME CRYSTAL is available now from Ravello Records. Click here to visit the catalog page and explore this album.