The Inside Story: Bruce Crossman and HEAVEN TO EARTH BORDER HOUSE

Australian Bruce Crossman blends East and West in his new release HEAVEN TO EARTH BORDER HOUSE on Navona Records. With his modernist approach to musical construction and style, he effortlessly integrates traditional European, Korean, and Chinese instruments and philosophies into a coherent, enlightening whole.

Today, Bruce is our featured artist in “The Inside Story,” a blog series exploring the inner workings and personalities of our composers and performers. Read on to learn about Bruce’s love for Asian-Pacific cultures, and the feelings he channels from nature while composing…

I think there was an initial spark of realisation of the nature of music that was part of an unfolding trajectory of awareness, that eventually made me realise the emotional senses of sound for communicating both as a meditative tool for myself and expressiveness for others. Initially, I wondered what the birds on telephone lines were (manuscript) at intermediate school, which eventually, in my late teenage years, connected with an awareness that my free piano improvisation impulses in manuscript could be a career. Interestingly, I am still seeking inspiration from birdsong within brush calligraphy as a source for music.

I love what I am doing in Western Sydney, which is — as an Associate Professor of Music — to have time to compose music that is inspired by the vibrancy of the East Coast Australian bush and multiculturalism of the over 170 cultural and ethnic groups interacting here, and also being able to encourage the creativity of the musicians of this region through teaching and providing opportunities for the people I interact with to connect to the sonorous and visual excellence of the cultures of the Asia-Pacific.

Right now, I have been in lockdown in Sydney for nearly four months and internationally for nearly 18 months, and I really miss my friends in Tokyo and Hong Kong. I would love to visit them to share beautiful food together, sense the buzzing cultures of people richly interacting in these cities, and to experience those expressions in culture, especially Cantonese opera in Hong Kong, Asian Music Festival performances, and ukiyo-e painting in Tokyo.

This is a difficult question to answer, as choosing between compositions that you create with the creative contributions of performers is a bit like choosing between your children — you love them all equally. The music is really like a living colour thread of spirit where the shifting between momentary colours in a type of musical flow is important like breath is— as in the structural arrangement of the Sydney Chinese Garden that Garden of Fire is inspired by, that allows discovery of breath moments, and flow. Anna’s breathless vocals that erupt into metal-like vocal strength ruptured with fiery virtuosic precision from Linda and Claire is stirring in the middle work, just as is Michael and Timothy’s massive delicateness of shifting sounds in Fragrant Rain Clouds of Love is moving, with shifting mystery of sound design from Ian’s moments. But perhaps my discovering of the quivering bends and internal moving colours of East Asian instruments with percussion is something I find particularly beautiful — the wriggling delicacy and lingering in Tanching and Claire’s synchronicity in Strange Invisible Perfume, or the hushed delicacy of refined colours that explodes with rough-hewn excitement in Hyelim and Ji-Young’s explosive interpretations in Heaven to Earth Border House.

Reflecting on the album as an Australian composer, within the Pacific Rim of fire, as it were — I am part of one the most explosive (and creatively sonorous) rims in the world with shifting tectonic plates — I view the music as Asian-Pacific expression. My creative world is enlarged by the explosive collaboration with the performers and sound artists who simultaneously blew up and strengthened my perceptions of Asian-Pacific identity. For me, it is very important to resonate with the lived traditions of my experiences in the Pacific locale — such as Hong Kong, Seoul, and Sydney — but also be open to the world. In that sense, I love the way my spirit and inner ear has opened up to the living spiritual colours of taegŭm, gayageum, and guzheng, and the way that has expanded my approaches to instrumental colouring and connected with my love of free visual markings and colour as movement. The calligraphic and explosive gestures of Cai Guo-Qiang that Hyelim and I witnessed together in Melbourne encouraged this. In a sense, I am not in control, but there is a breath of creative explosiveness of spirit from all my collaborators, the Pacific, and heavenly senses that makes the music.

I would like to communicate the energy and delicateness that I feel in my runs and walks in the East Coast Australian bush of Mulgoa Nature Reserve in Western Sydney. To me, I hope that the sonorous qualities of gently weaving birdsongs, reverberant bellbird echoes, and sudden explosive raucousness of some crows and laughing Kookaburras — which sit amidst the complex visual energies of wind shaped bush — speak in the music. Most of all, I hope these complex shifting energies, suddenness, and delicacy that inspire my music and might be sensed in it, will speak of the heavenly creator who sustains this life flow. 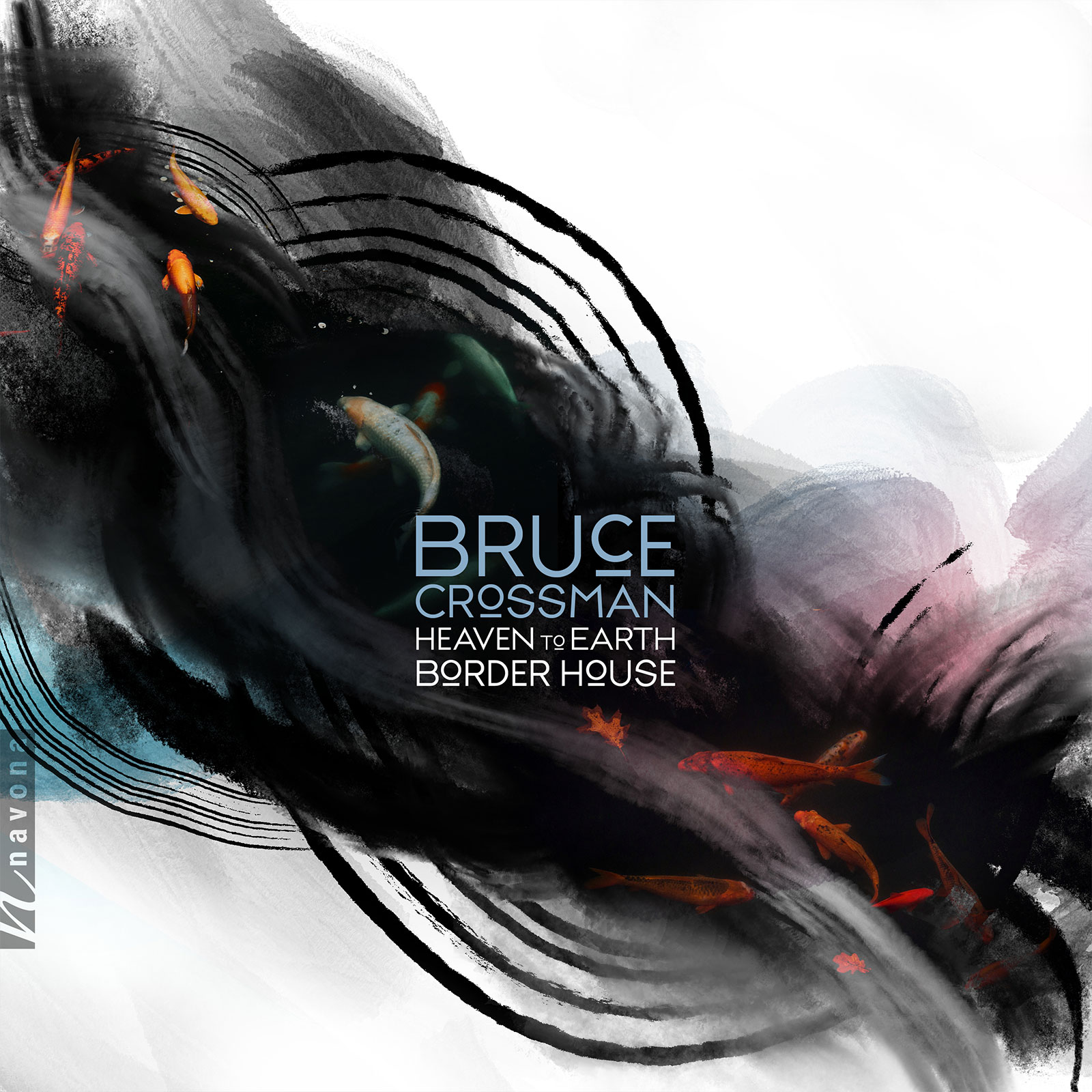 HEAVEN TO EARTH BORDER HOUSE is available now from Navona Records. Click here to visit the catalog page and explore this album.