The Inside Story: Betty R. Wishart and MOODS

Betty Wishart and Ravello Records present her latest album: MOODS, featuring her compositions for solo piano as performed by Jeri-Mae Astolfi. These impressionistic pieces, sparked by a swath of concrete and abstract inspirations, explore the full range of timbral textures and colors the piano offers.

Today, Betty is our featured artist in “The Inside Story,” a blog series exploring the inner workings and personalities of our composers and performers. Read on to discover Betty’s adventurous hobby…

Although my earliest memories are of music, I did not want to major in music; anything, except that! It had never been a challenge. Nevertheless, because of my music background, the school made me take the courses for a music major. I was assigned to study piano with Richard Bunger and that changed everything. Although I didn’t want to major in music, Richard challenged me. After continuing lessons with him the summer before sophomore year, I knew the battle was over. Music became my life. Everything revolved around music. When not practicing or studying, I attended every possible concert – classical, jazz, and pop. I also performed at every opportunity. The stage was where I came alive. There was nothing more rewarding or exhilarating.

I wrote my first piece at the end of my junior year, then continued composing while pursuing graduate studies in piano performance. The composition professor just told me to write. He said that I knew my style (I didn’t) and gave no instruction. In graduate school one group knew me as a composer, all others as a pianist. On the Honors Concert, I was listed as a composition major!

One concert was both unusual and memorable. When accepting the concert date, I didn’t realize that the hall was not a concert hall. When I arrived at the venue, I was taken aback. Two things: (1) Even though it was early, people were already there. I would have to play without trying the piano. (2) The performance area was on the same level as the audience.

This was daunting, but the show must go on. When I sat down and began to play, I realized that the seat was on rollers. Although that was a bit disconcerting, it was manageable. All went well until the allegro section of my Sonata. While playing the furious passage, I discovered that no one had locked the rollers on the piano! I rolled along with it and after that piece, somehow found the strength to pull the piano back toward me. That was definitely a memorable concert! The people didn’t seem to realize what had happened and were a really great audience. I later discovered that the town didn’t normally sponsor concerts.

My real guilty pleasure, however, is indoor skydiving. Nothing can compare with the feeling of weightless freedom as I fly around and soar up to the top of the wind tunnel. If the cost were not so expensive, I would indulge in this pleasure every week.

If I’m dreaming, I’ll dream big! I would work for a company that was both a publishing house and a recording company. My regular weekly assignment would be to compose piano solo music for all levels of difficulty, elementary to professional. It can be challenging to create good music for amateurs. Writing for professional pianists is simply fun.

Without question, it would be the cello. I love the sound of the instrument. The lush, mellow tones reach the depths of my soul. Other than the piano, there is no instrument more heavenly. Of course, I would have to play like Yo-Yo Ma!

Each piece on the album has a personal meaning.

Vibes is about summer in New York City. On my daily walks in Central Park, I always stopped to listen to the guitarist, then continued walking around the Boat Pond. Later I enjoyed the frenetic energy and excitement (“Ebullient”) of the city.

Atmospheres depicts the moods I went through after accepting a commission. When I started to write, I was “Apprehensive.” Should I have accepted the commission? Can I do this? After writing and rewriting, I got “Frustrated” but was determined to persevere. Finally, I was satisfied with the work and became “Self-Confident.” I was finally able to relax and enjoy a few “Tranquil” moments.

I first met Margaret Mills when we both lived in Connecticut and were involved with Greenwich Chamber Music. She also performed my music. When she commissioned me to write Celebration Prelude for her birthday concert, it became very personal. Each section of the piece represents an event in her life. Most, but not all, of the events were ones she personally requested. 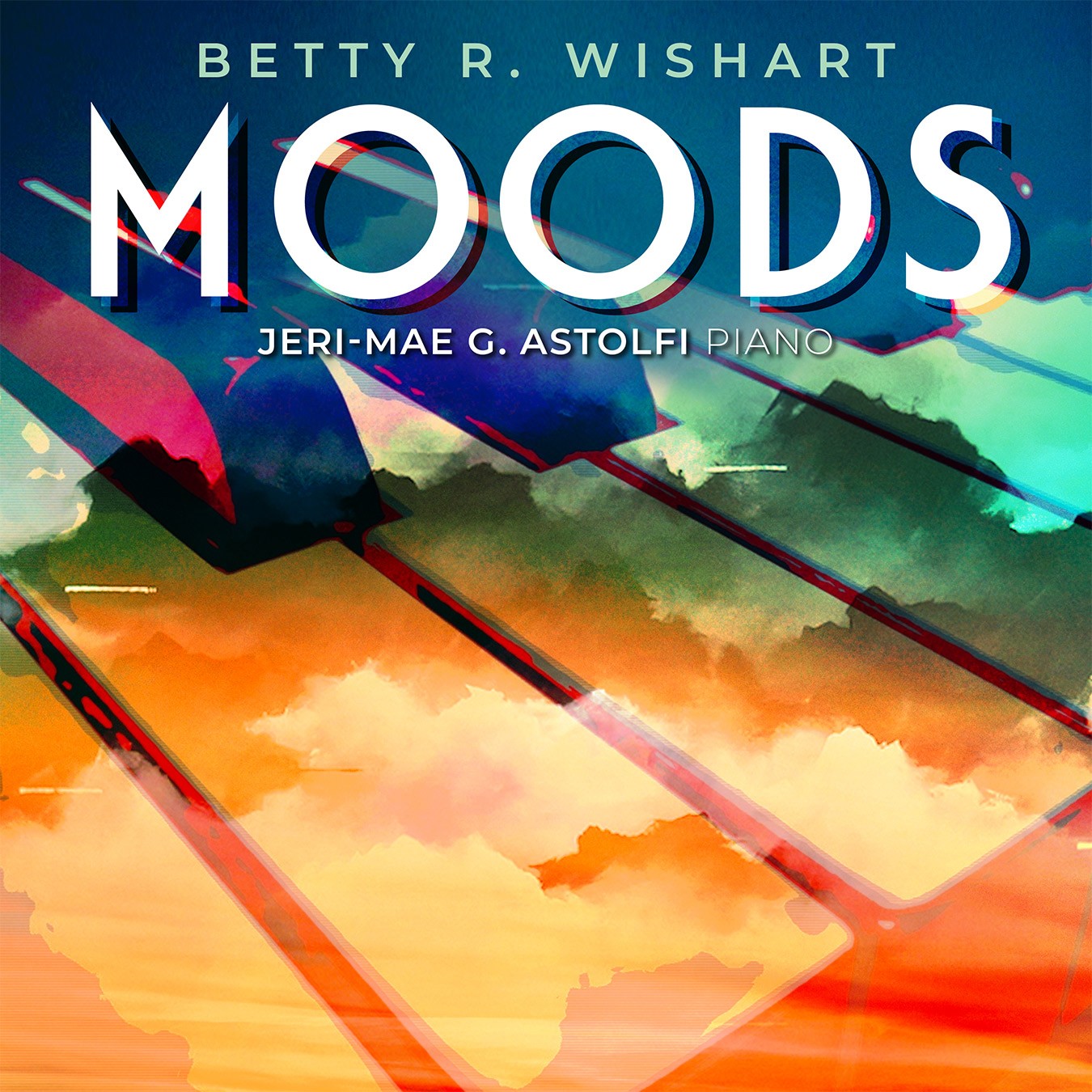 MOODS is available now from Ravello Records. Click here to visit the catalog page and explore this album.