The Inside Story: Alexis Alrich and PRISMA VOL. 5

United by their accessibility and creative vision, PRISMA VOL. 5’s roster of composers take advantage of the Janáček Philharmonic Orchestra’s ability to lend music an illustrative and narrative quality. Featured on the album is composer Alexis Alrich’s Bell and Drum Tower, a piece that navigates the scenes and moods of Beijing by replicating the metallic and percussive qualities of Chinese bell towers.

Today, Alexis is our featured artist in “The Inside Story,” a blog series exploring the inner workings and personalities of our composers and performers. Read on to learn about her experience with traditional Chinese instruments and the first classical melody that caught her attention…

My first awareness of classical music around age 4 or 5 was my mother’s Japanese jewel box, which played Für Elise while a ballerina twirled on top. I had never particularly noticed kiddie cartoon music, but this beautiful melody stunned me. After studying music and considering being a composer, I was dazzled by Stravinsky, Debussy, Ravel, and Aaron Copland among many others.

My childhood piano and composition teacher sat me down one day when I was about 14 and told me I had the potential to be a professional composer. That electrified me and from that day I worked toward that goal.

Working with Chinese traditional instruments with the Shanghai Chinese Orchestra. Those players are so versatile. They have mastered Western notation as well as traditional Chinese music. The orchestra is heavy on plucked strings and very cool percussion. They typically have 6 or 7 percussionists where a western orchestra would have 2 or 3. I had to learn the names and basic techniques of all the instruments, but I found they could play just about anything I could dream up, at just about any speed.

Composer-in-residence for the San Francisco Opera.

For my piece, it would have to be the opening timpani solo, a tricky trombone duet that the orchestra nailed, and the fermata on the last note, which was timed to perfection.

I would like the audience to feel like they are hearing a story about a distant land. 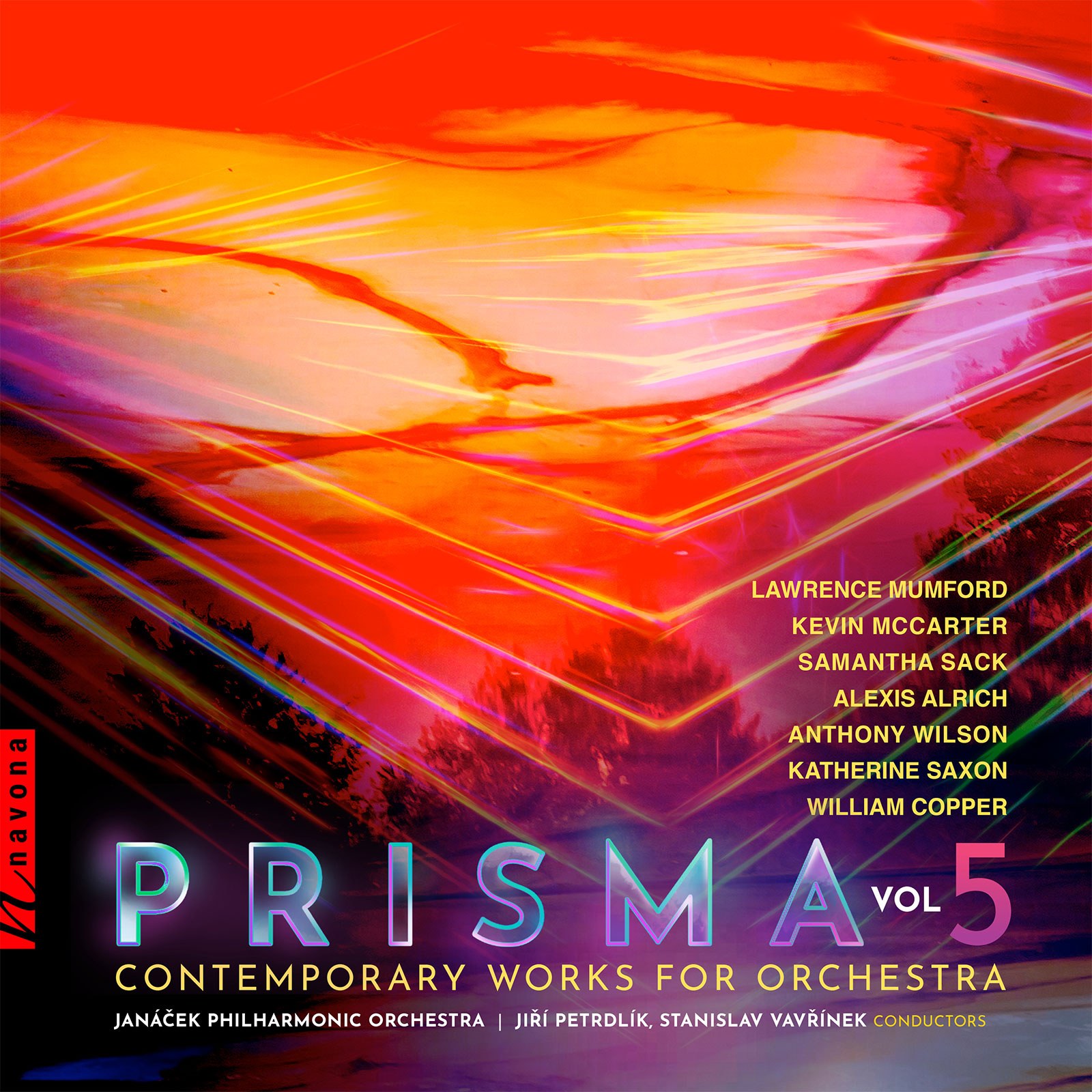 PRISMA VOL. 5 is available now from Navona Records. Click here to visit the catalog page and explore this album.