RAIN WORTHINGTON’S artistic journey has been a powerful one. Standing as an innovative female composer in a predominantly male profession, Rain uses her scores to tell gripping, emotional, and cathartic stories. She is a champion for numerous causes, from serving as the Director of Development for New York Women Composers, Inc., to donating all proceeds from the sale of her album, DREAM VAPORS, to the Cure Alzheimer’s Fund. A self-taught composer, her instrumental compositions include works for orchestra, mixed chamber ensembles, and a variety of solo instruments.

Rain came to PARMA Recordings in 2011, already an up-and-coming artist with an established reputation in the downtown New York City scene. She began working with PARMA on artist compilation albums released under the Navona Records label. She had her Navona debut with the 2011 release LIGHT AND SHADOW, contributing an orchestral work to this compilation album. From then until 2016, she participated in four additional compilations, gaining greater attention with each release. Reviewers noted her fresh style and bold sound, which stood out alongside the rest of the works on each album. For example, in the 2015 compilation ELEMENTS RISING, one reviewer stated, “To cut right to the works that left the strongest impression with me, I really enjoyed the two pieces by Rain Worthington…. The highly attractive violin duet, Night Stream, is a nice example of her straightforward approach to melody and the more contrapuntal Rhythm Modes for string quartet has a vaguely eastern European feel to it that I found attractive” (Audiophile Audition). 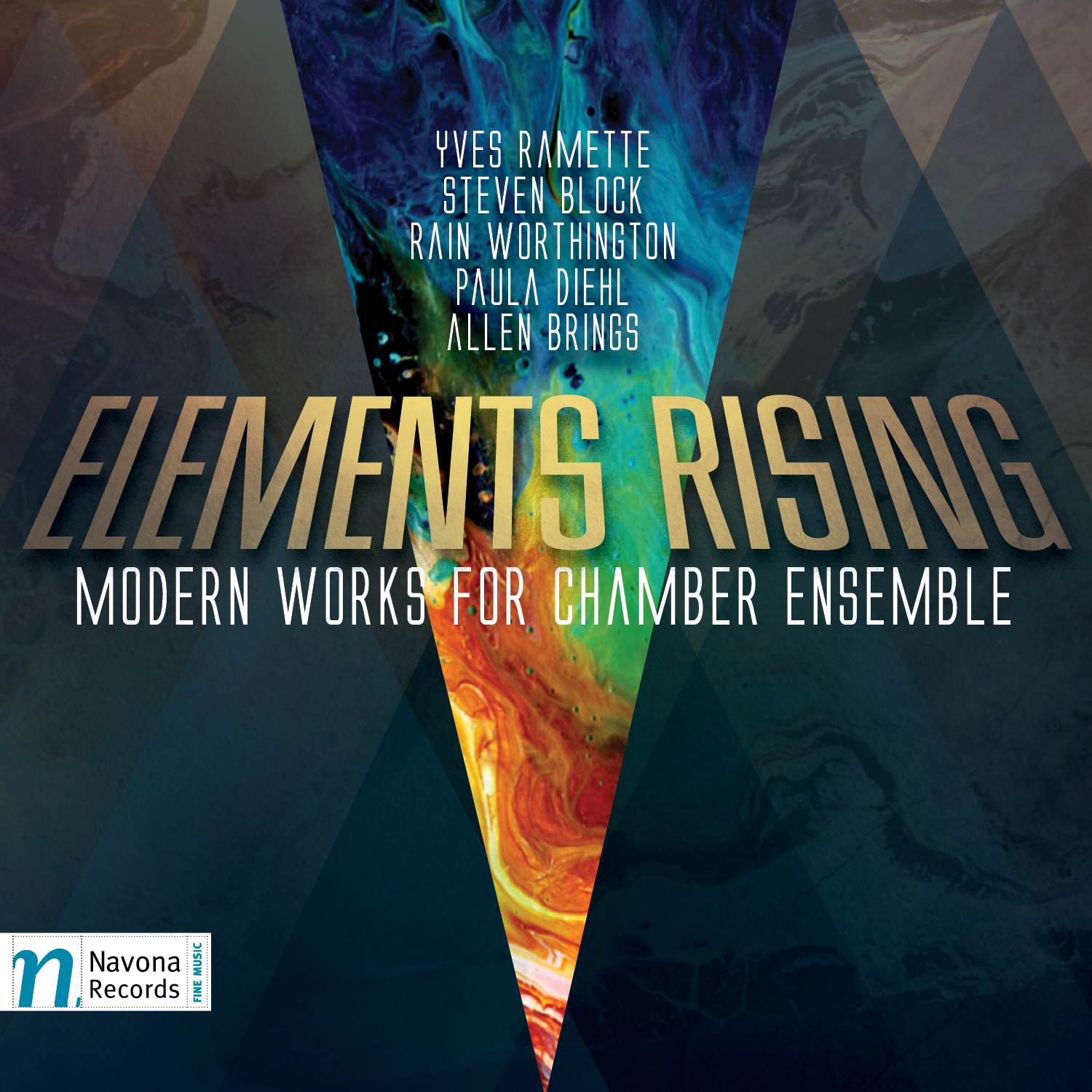 This excitement surrounding her accomplishments culminated in 2016 with the release of Rain’s first full solo album release: DREAM VAPORS, an album of pieces for large and small ensembles.The works on this album span almost a decade, with the first composition written in 2004, and they were recorded with notable orchestras in Russia and the Czech Republic. Rain attended multiple sessions, describing them as “impressively professional and excellent experiences.” After working together with the Design and Marketing teams to create the finished product, DREAM VAPORS was released to the public in February 2016. 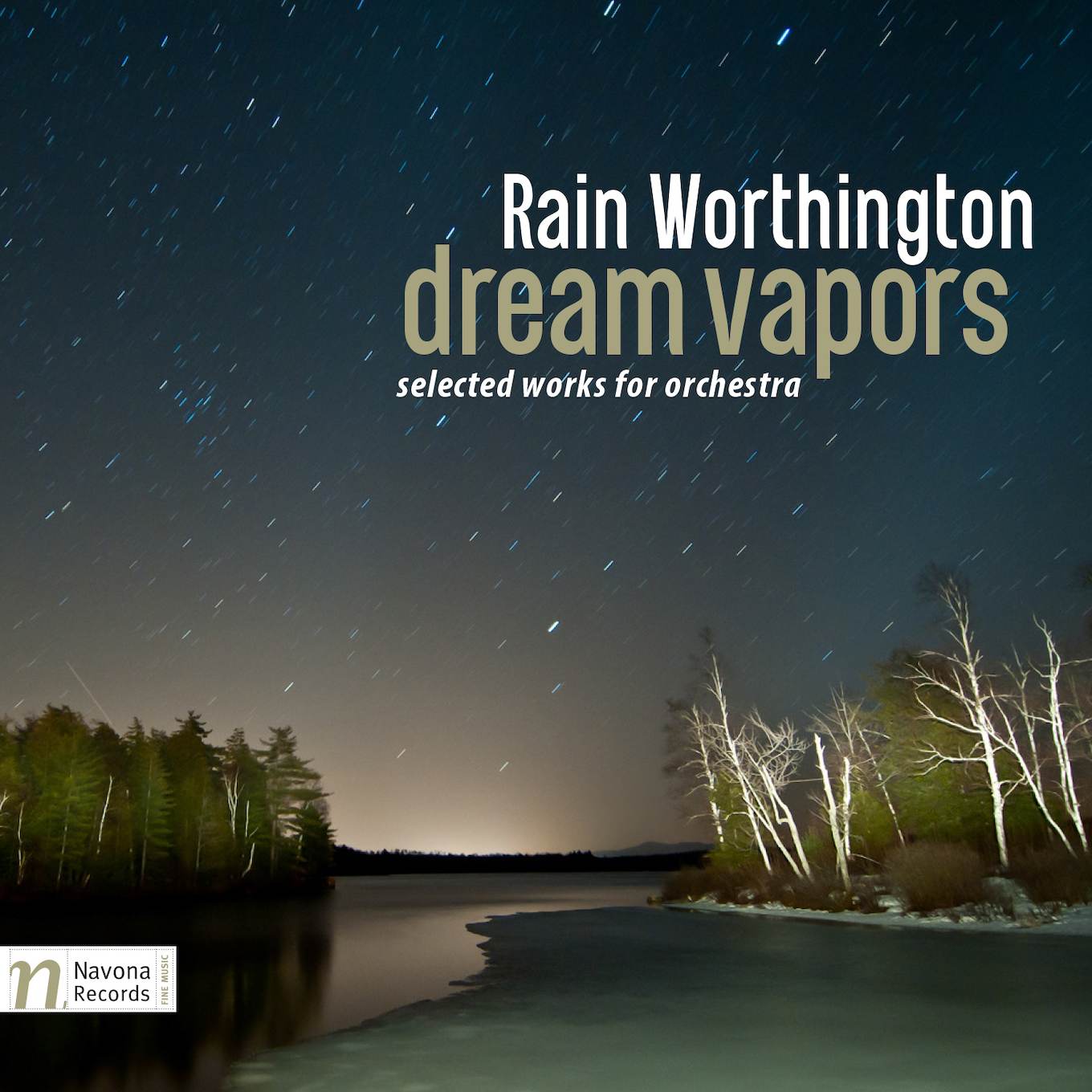 Aside from its personal value as the composer’s first solo album, DREAM VAPORS went on to have considerable impact, with reviews and features from sources such as American Record Guide, Hudson Sounds, and IAWM Journal, to name a few. American Record Guide stated, “There is a deep interiority to this music, which seems directly in touch with a private dreamworld that the composer makes universal…. Worthington has an instantly recognizable sound, an austere sensuality not quite like anyone else… a composer of considerable imagination, emotional expressiveness, and poetic sensibility—one who needs to be heard more widely.” Pieces from the album have aired on radio stations across the nation and worldwide, from WPRB Classical Discoveries to stations as far as Indonesia, and it was among the albums that received the most airplay in PARMA’s February releases.

During her time working within the PARMA realm, Rain has also formed new friendships and collaborated with other talented artists. Recently, Rain contributed a piece to an album performed by violinist Moonkyung Lee, PARTS TO PLAY, which was released by Navona Records in June 2018. Lee, who had just come off the heels of a successful album recorded with the London Symphony Orchestra, consulted with PARMA on using compositions by contemporary composers for her next project. Rain was among the suggested composers, and Lee chose her work, Jilted Tango, out of a selection of scores. PARTS TO PLAY was met with positive feedback, both for the violinist’s abilities and the artistry of the composers. The album was praised by BBC Music in its July 2018 issue for its “innovative programme.” PARTS TO PLAY has led to a promising friendship which will likely lead to future collaborations.

In addition, Rain was in Limeira Brazil in June 2018 for a music festival featuring works by members of the New York Women Composers. Her work In Passages was performed by violinist Sylvia Ahramjian of Trio Casals, the highlighted ensemble in PARMA’s compilation series MOTO. The series presents music that explores themes in motion, and each album culminates in a performance at Carnegie Hall. 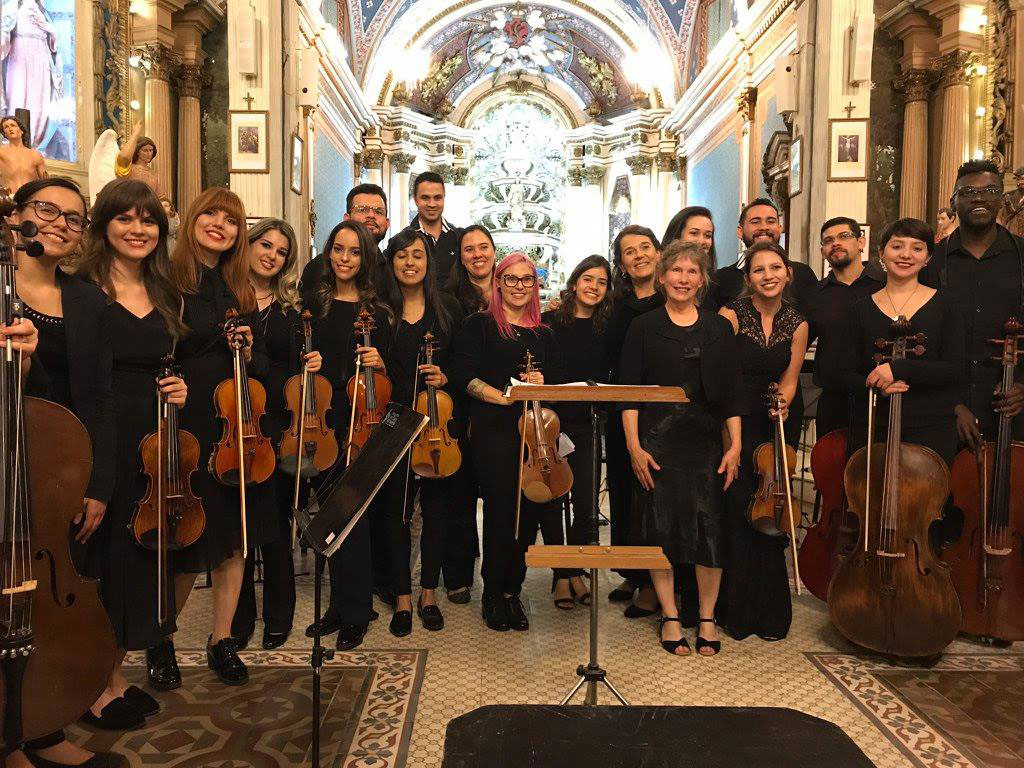 “For a composer, life doesn’t get much better than this… wonderfully masterful musicians… recording my music, headed up by the amazing, focused, knowledgeable and visionary PARMA Producer, Bob Lord, backed by the detailed on-top organization of A&R, Sam Renshaw, and the added talents of a really incredible Czech-based production team of skilled recording producer, sound engineer, orchestra manager & conductor, plus sharing the experience with my husband and in the company of a group of terrific fellow composers who also traveled to the sessions. Wow. What an experience this has been!”
— Rain Worthington, on her recording experience in the Czech Republic

“Worthington’s orchestral writing in DREAM VAPORS takes us inside the sometimes illogical world of dreams and memories and uses a fusion of styles—ancient, medieval sounds expressed via modality and open sonorities, modernist minimalist ostinato, and classical approaches to basic ideas — to capture components of the human experience.”

“Rain Worthington is a contemporary voice that demands to be heard. The present first collection [DREAM VAPORS] establishes her as a unique orchestral exponent, an inspired artist saying something definite and compelling today.

“Her passion for music, especially that for orchestra, has allowed her to use what seems like a great deal of natural talent to produce some very fine work; including these pieces here… I find each of these pieces very interesting and attention-getting. Rain’s music is a bit hard to describe. There are elements of mysticism, of raw emotion and a palate that is reminiscent of several other voices. In fact, I think she should explore the venue of film scoring; I think she would be great in that realm.”

“The music here is about motive and gesture rather than melody per se. Perhaps that is a “minimalist” method but the impression to this listener suggests influences as diverse as Claude Debussy, Jacob Druckman, Daniel Asia, Toru Takemitsu, and Anton Bruckner. This is beautiful though not “pretty” music with complex emotional content that leans in somber, wistful, sometimes haunting, and even nostalgic directions much as an impressionist painting.”

“Rain plays with minimalistic patterns and motion, creating dissonant moments that ultimately resolve themselves into something of a quilted blanket of mysterious contentment.

“This is important and interesting music, from a composer with something significant – and different – to say… This is not simply a technical exercise in composing sad music: one senses the deep emotion behind it, but, more importantly, shares that feeling. It absorbs the listener. There is grief, with all its intensity, but it is the shared concern of humanity: this is human music.”