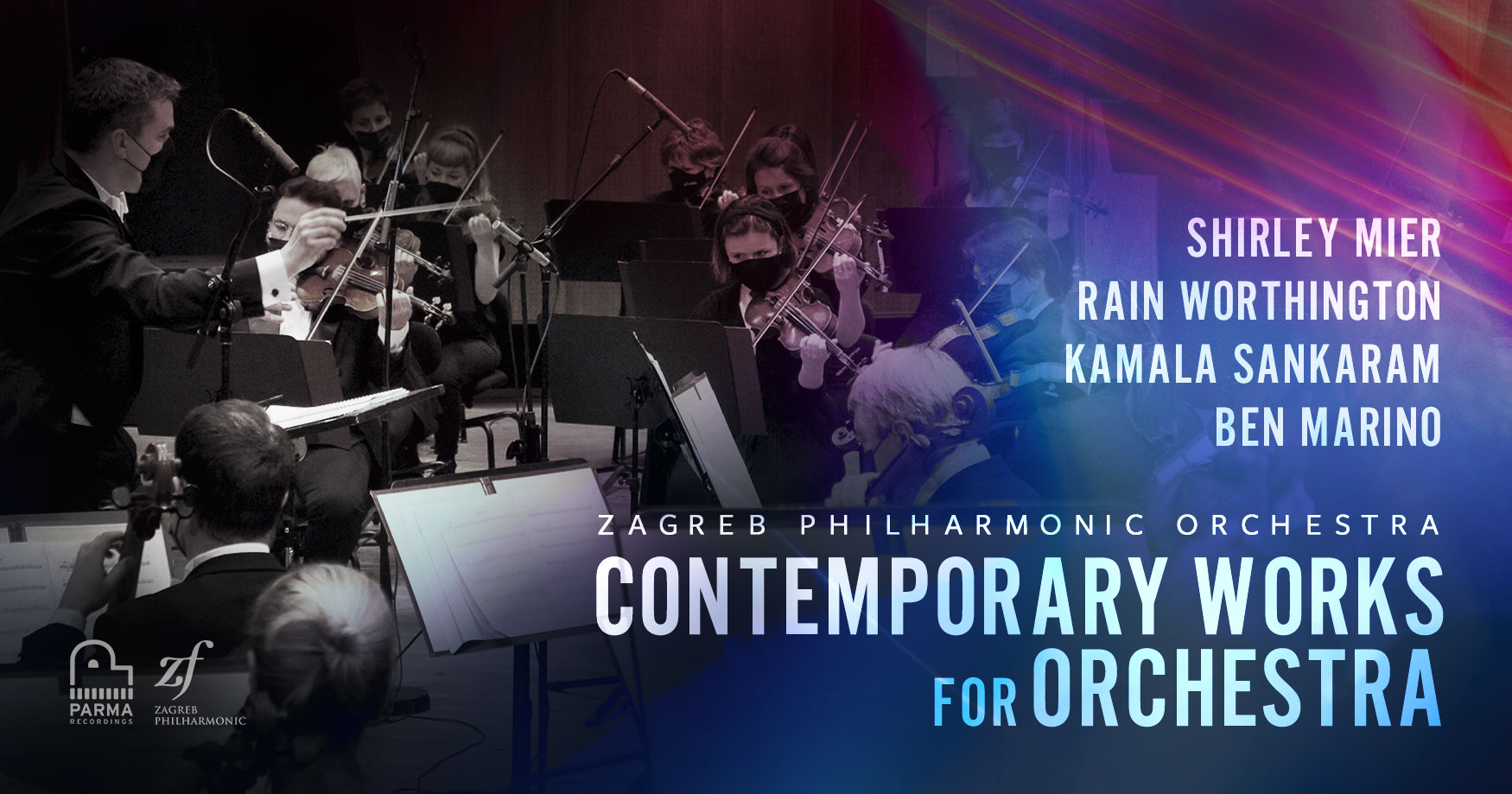 Legend of the White Bear (Manitou Island). There are several versions of the Native American legend that gave White Bear Lake its name. In the version portrayed here, a Sioux maiden (the daughter of the Chief) and a Chippewa brave fall in love. Upon learning that her father is planning war against the Chippewa, the maiden goes to the brave to warn him. The brave goes to the Sioux chief to ask for peace and the hand of the maiden; the Chief responds that the Chippewa will have to perform a brave deed first. When the lovers next meet, on a moonlit night on Manitou Island, the brave sees a great white bear attacking the maiden. He springs to her rescue and fights the bear. The maiden runs to her village for help. When she, the Chief and the other Sioux return, they see the brave strike a mortal blow to the white bear – but he too has suffered mortal wounds, and both sink to the ground, dead. As the Chief at last gives his blessing to the Chippewa for his brave deed and sacrifice, the spirits of the brave and the white bear rise up to the stars. “It is said that even today, when night falls, the spirits of the bear and the brave wander the island eternally in search of each other…”

Ride on the Rails (Lake Superior & Mississippi Railroad Depot). The arrival of the railroad in White Bear Lake in 1868 was a significant factor in the development of the city as a resort town. The grand opening of the line from St. Paul to White Bear Lake took place on Sept. 10, 1868. Ride on the Rails recreates this inaugural trip: the anticipation of the passengers, the scenic countryside through which the train traveled, and the excitement of the gala celebration that greeted the travelers upon their arrival at the Lake Superior & Mississippi Railroad Depot.

Parlor Recital (Fillebrown House). Built in 1879, the Fillebrown House has a rich history in the social life of downtown White Bear Lake. Originally a summer cottage, in 1920 it became the year-round residence of the Fillebrown family. In it, Helen Fillebrown (1884-1977) operated a number of enterprises over the years: a tearoom, a nursery, and a boarding house. Miss Fillebrown was an accomplished pianist as well, giving piano lessons and hosting numerous recitals on the Steinway grand piano in the parlor. (Conductor Elliot Wilcox, as well as other members of this orchestra, studied piano with Helen Fillebrown herself.) Parlor Recital seeks to capture the sounds and moods of these intimate concerts.

Regatta (White Bear Yacht Club). White Bear Lake has been home to many influential boatmakers, including A.E. Leaman, Gus Amundson, and perhaps most famously, John O. Johnson, of Johnson Boat Works. In 1900 Johnson invented the scow, a racing sailboat designed for extreme speeds. Regatta depicts the speed of the scow and the spirit of the boat races still hosted by the White Bear Yacht Club.

Dr. Shirley Mier resides in the Twin Cities and teaches at Century College in White Bear Lake, MN. Theatre works include children’s musicals commissioned from Stages Theatre, scores for Shakespeare plays, and music for Greek tragedies. Concert band and orchestra works include commissions from Minnesota school and community ensembles. Her band and theatre works have been published by Alfred Music, Grand Mesa Music, Dramatic Publishing, and Concord Theatricals. Her country/bluegrass band, the Hell-Burnin’ Sinners, has been active in the Twin Cities music scene since forming in 2019. Dr. Mier earned her PhD from the University of Minnesota in 2005.

As with most of my works, the music arises from the emotional experience of life. I think of this as a reflection on the passages of emotion — that ebb and flow of the feelings that continually emerge and recede repeatedly throughout life. The music is written to blend the soloist and the orchestra, rather than the traditional role of the soloist being in the forefront. The soloist should seem to emerge from the orchestra in much the way that intense feelings seem to surface from the unconscious, giving voice to our inner emotional currents, and then recede back into the chorus of the subliminal. 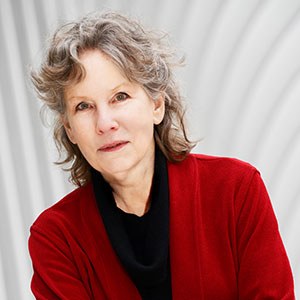 “There is a deep interiority to this music . . . a composer of considerable imagination, emotional expressiveness, and poetic sensibility.” – American Record Guide

Self-taught in composition, Worthington’s catalog includes works for orchestra, chamber ensembles, duos, solos and miniatures. Her writing has been described in the IAWM Journal as “a fusion of styles—ancient, medieval modality and sonorities, modernist minimalist ostinato, and classical approaches to basic ideas—to capture components of the human experience.”

Her work takes “. . . ideas of American musical style to a new place – like a walk in a familiar, yet very different park” – Chamber Music.

Performances of her compositions have spanned the globe from Brazil to Iceland, Italy to India. 2020 performances of her orchestral works featured “Still Motion” performed at Carnegie Hall and “Yet Still Night” at the TUTTI Festival, Denison University. Worthington received 2020 commissions from violinist Audrey Wright and the Portland Youth Philharmonic.

She serves as Artistic Administrator and Composer Advocate for the New York Women Composers, Inc.

Commissioned by the South Asian Symphony Orchestra, Bhadke is a set of variations on themes from the Bollywood classic “Shola jo bhadke.” The word ‘bhadke’ can be translated as ‘spark’ and the piece is also a slow burn, beginning with hints of the rhythmic and melodic motives from the Bollywood song, exploring them through the prism of the orchestral colors, and finally exploding into the full realization of the song itself. 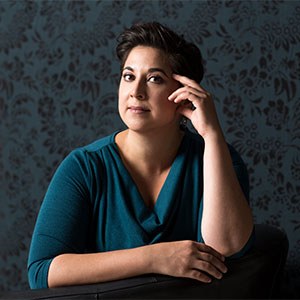 Praised as “strikingly original” (NY Times), Kamala Sankaram moves freely between the worlds of experimental music and contemporary opera. Recent commissions include works for the Glimmerglass Festival, Washington National Opera, Houston Grand Opera, the PROTOTYPE Festival, and Creative Time, among others. Kamala is known for her operas fusing Indian classical music with the operatic form, including Thumbprint, A Rose, Monkey and Francine in the City of Tigers, and the forthcoming Jungle Book. Also known for her work with emerging technologies, recent premieres include Only You Will Recognize the Signal, a serial space opera performed live over the internet, Looking at You, a techno-noir featuring live datamining of the audience and a chorus of 25 singing tablet computers, all decisions will be made by consensus, a short absurdist opera performed live over Zoom, and The Parksville Murders, the world’s first virtual reality opera. Kamala is the leader of Bombay Rickey, an operatic Bollywood surf ensemble whose accolades include two awards for Best Eclectic Album from the Independent Music Awards, the 2018 Mid-Atlantic touring grant, and appearances on WFMU and NPR. Awards, grants and residencies: Jonathan Larson Award, NEA ArtWorks, MAP Fund, Opera America, HERE Artist Residency Program, the MacDowell Colony, and the Watermill Center. Dr. Sankaram holds a PhD from the New School and is currently a member of the composition faculty at SUNY Purchase.

Yrast 2.0 was composed to sonically represent the beautiful chaos of an unstable atomic nucleus emitting energy from larger than expected particle fragments. The piece is characterized by a revolving and evolving system of driving ostinato arpeggios, beginning at its most minimal point, and traveling through a harmonic vortex of high spinning states. In nuclear physics, Yrast is a technical term that refers to a state of a nucleus with a minimum amount of energy at its least excited point for a given rotational momentum. In Swedish, yr is an adjective that shares the same root as the English whirl. Yrast is the superlative of yr and can be translated as whirlingest, although it literally means “dizziest”. In this composition, the instrumentation and articulations performed by the orchestra spin, collide, and react with calculated motion and force. The melodic and rhythmic journey of Yrast 2.0 musically illustrates the orchestra’s association with and potential for kinetic fury. 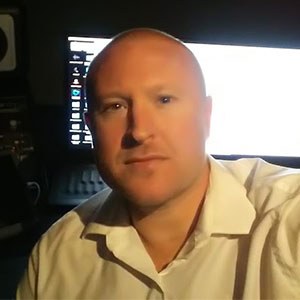 Ben Marino (born February 18, 1982) is a composer, producer and pianist. Born and raised in Valencia, California his education in music started early at the piano learning the Suzuki method. His private piano studies continued throughout high school where he was influenced by the solo piano compositions of Bela Bartok and Frederic Chopin. After graduating William S. Hart High School in Newhall, California (2000) he was accepted to study Piano Performance and Music Composition at the prestigious Berklee College of Music in Boston, Massachusetts (2001-2002). In the Summer of 2019, he was given the opportunity to intern at Ghostwriter Music in Santa Clarita, California. During the internship, he was exposed to the art of composing, mixing, and mastering custom music and sound design for film trailers. He holds two Associate of the Arts (AA) degrees in The Sound Arts and Music Composition from College of the Canyons in Valencia, California (2018-2021). His future educational goal will be transferring to obtain The Bachelor and Master of Music in Composition degree at CSUN – California State University Northridge. He also plans to bring his passion for composing orchestral music to a career as a film score composer. 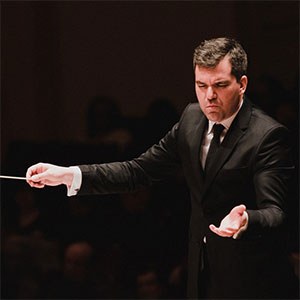 He also premiered several operas including Waundell Saavedra’s Sweet Dreams, John Rose’s Rumpelstiltskin directed by Tyler Bunch (The Muppets) at The National Opera America Center in New York City, and Jelka by the late Croatian composer Blagoje Bersa, bringing the piece to life a century after the influential composer’s passing.

As a recording artist Vaupotić released albums with Naxos, Classic Concert Records and Navona Records. In 2015 he was honored with the Gold Medal at the Global Music Awards in California (USA).

The Zagreb Philharmonic is an orchestra boasting a 149-year tradition of distinguished performing in Zagreb and Croatia. It has been a promoter of the art of music across Croatia as well as the country’s cultural ambassador in the world. As one of the trademarks of the city it operates in, the music institution that boasts a long and notable tradition embodies the image of Zagreb as a Central European urban center of music, art and culture.