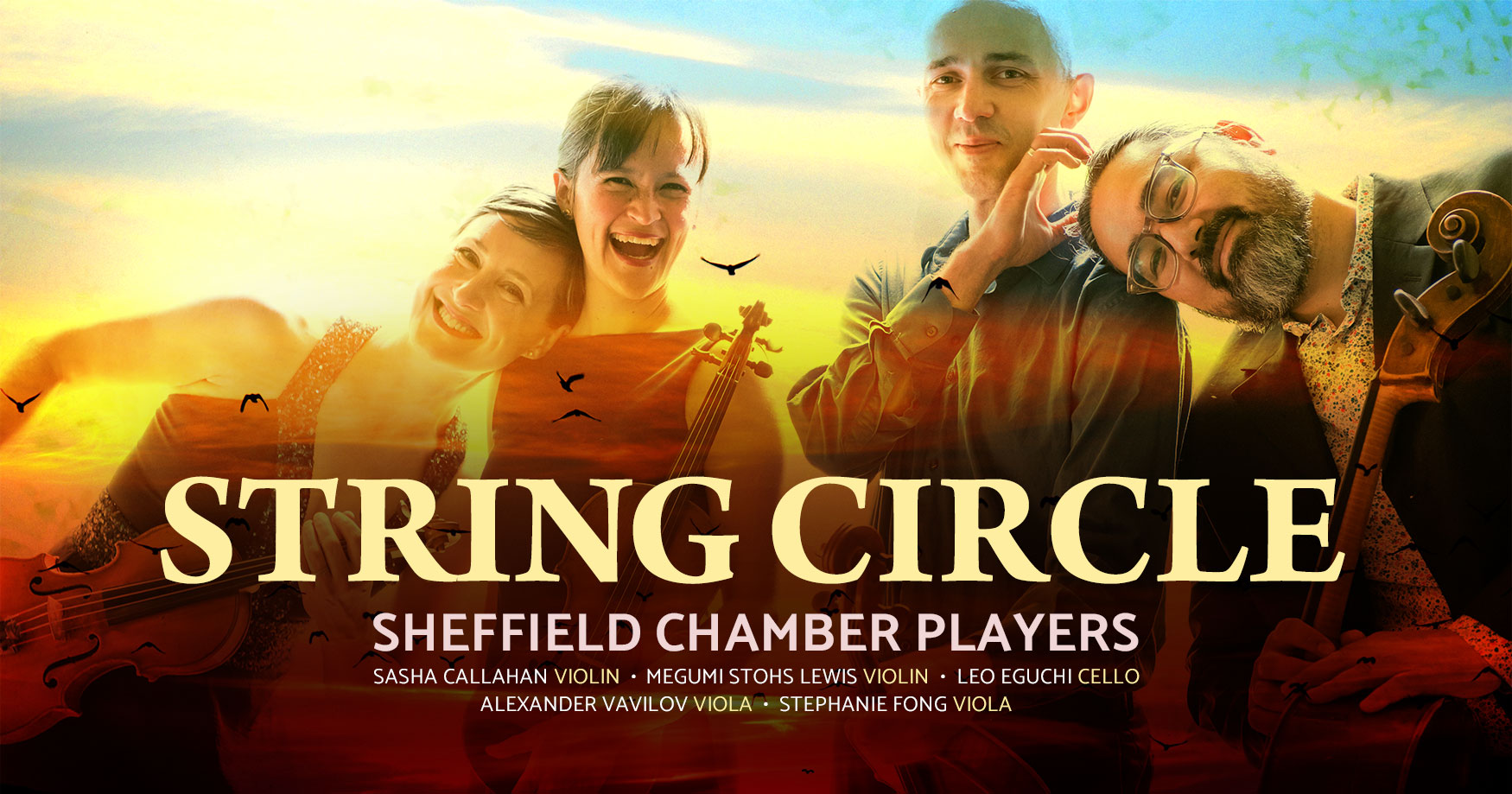 String Circle’s program explores some of the many things that can happen when we gather together. We all need ways to enjoy, to process, to make sense of the world and our lives; and we often map things out by being together, engaging in activities—whether eating and drinking together or sharing a spiritual practice, concert, or jam session. Now in 2021, we have collectively been through many things, without the time to process them in community as they have happened. This program is a chance to have a shared experience; bringing together all the different things we are carrying that we’ve been through individually, and letting something we do communally impact that mixture inside of us.

Leonora Duarte was born into a Flemish family of Jewish conversos who fled to Antwerp from Portugal and Spain and converted to Catholicism. Her Sinfonias, written sometime between 1625 and 1650, were written for viol consort, and were played by her and her 4 siblings in their home, where the family hosted lauded musical events attended by the artistic and diplomatic stars of their time, including Vermeer and the singer Anna de la Barre. (Leonora’s brother Diego was the owner of a Vermeer, and people have speculated that Leonora may have been the subject of some of Vermeer’s paintings.) When the Sinfonias were being written, baroque music was starting to shift to a more melody-and-accompaniment form, but Leonora continued writing in the more equally-voiced contrapuntal style that was well suited to the viol instrument and likely also to her ensemble of opinionated siblings. As Alex Ross notes about these Sinfonias, “You could also compare them to Vermeer’s paintings, small in scale and infinite in depth.” Her music celebrates the beauty that comes from a community drawn together by art and listening to all the voices in its midst.

The opening of “String Circle,” Kenji Bunch’s viola quintet, conjures up mysterious and beckoning Smoky Mountain vistas. This is the Appalachian fiddling movement of the piece, which, like most of Kenji’s music, draws on many different American Folk traditions. The slow movement, “Ballad,” sets the song “Wayfaring Stranger” (of unknown origin, but once found etched into the notorious Civil War era Libby Prison) with a simple, yet heart-wrenching ascending line started by the violas. After the sorrow of the “Ballad,” a gentle return to community is a welcome relief, in “Porch Picking,” plucked throughout by the whole quintet, and reminiscent of a casual and friendly jam session when anyone can drop by. In the final movement, an homage to Bartók’s 4th quartet can be heard as folk music elements are joined together with intrepid skill in a complex, rhythmic, and visceral finale.

The final chamber music work Mozart wrote was this closing viola quintet in E-flat Major (1791). Written in the same year as his opera The Magic Flute, you can hear many similar elements: hunting calls, intertwining bird calls, and of course the E-flat tonal center. Like his last quartets, there is a very virtuosic cello part, the first time in history the cello had been asked to do such crazy things! The third movement Musette brings in the droning sounds of the bagpipe instrument of the same name, which had its roots in the country, but became a very dressed-up favorite of the French court dances. 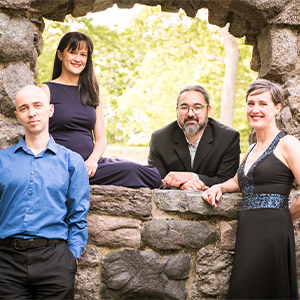 A rising group on the Boston classical music scene, Sheffield Chamber Players was founded in 2014 on the belief that experiencing chamber music in the intimate settings for which it was written profoundly changes the way listeners respond to music, and to each other. In close proximity to musicians, one can hear the expressive subtleties of a performance with unprecedented clarity. Sheffield’s musical experiences are enhanced by giving audiences details about composers’ backgrounds, and stories behind the music.