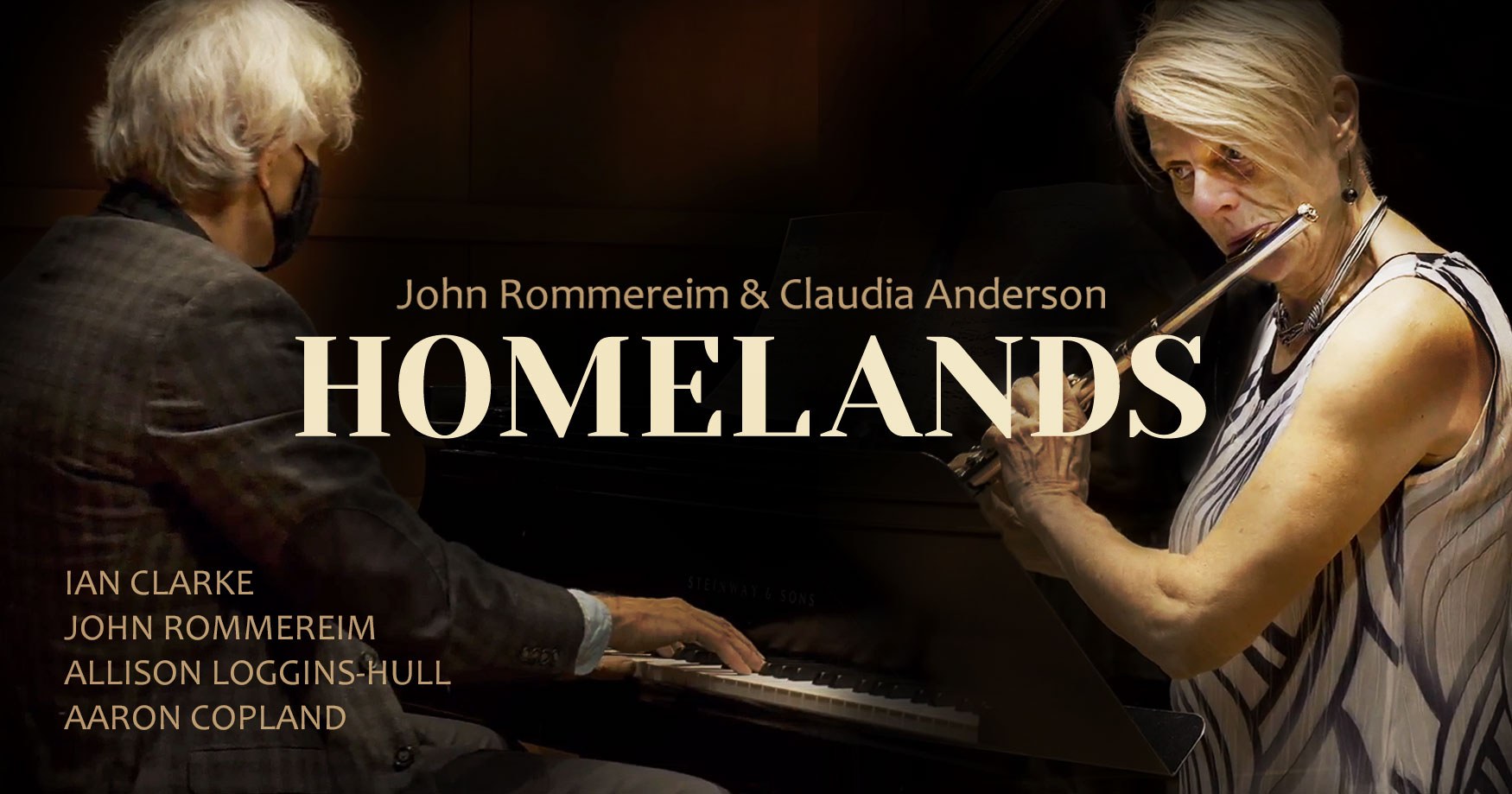 Flutist Claudia Anderson and composer/pianist John Rommereim present Homelands, a concert of recent works for flute and piano. The performance includes the premieres of two works by John Rommereim, as well as interviews with two composer/flutists, Ian Clarke and Allison Loggins-Hull. The concert concludes with Aaron Copland’s beloved work, “Duo.” Anderson and Rommereim are musical friends who have combined forces on numerous projects, both as composers and as performers. Anderson has performed Rommereim’s works at two conventions of the National Flute Association, and the two have collaborated to create several original musical works. The flutist is known for her originality and brilliance as a solo and chamber music performer across the United States. She is a founding member of the innovative flute duo ZAWA! and the summer flute intensive Passion Flute: Foundations for Creative Performing. Rommereim is a composer whose work has been described as “richly expressive” by the New York Times. His choral works have been performed by distinguished ensembles across the United States and his works for theater, created in collaboration with Craig Quintero, have been performed at international festivals in Taiwan and South Korea. 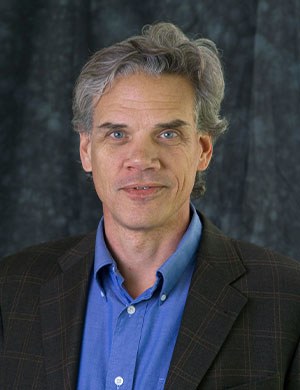 John Rommereim is Blanche Johnson Professor of Music at Grinnell College, where he conducts the Grinnell Singers and the Grinnell Oratorio Society, and teaches composition. He is active as a pianist, conductor, and composer. The New York Times praised the “richly expressive” character of his work for voice and piano, “Into the Still Hollow.” His choral works have been performed by ensembles across the United States, including Magnum Chorum, the Princeton Singers, VocalEssence, Voces Novae, Roomful of Teeth, the Norfolk Festival Choir, and The Rose Ensemble, for whom he served as 2008-09 composer-in-residence. As a composer, he has collaborated on two theater works with his colleague at Grinnell College, Craig Quintero: Rheingold (2014), and The First Time I Walked on the Moon (2018), which was performed at the Taiwan International Theatre Festival, the Tainan Festival of the Arts, and the BeSeTo Festival in Gwangju, South Korea. His works written in collaboration with flutist Claudia Anderson have been performed at the National Flute Association convention and internationally by the ZAWA flute duet. His music is published by Walton Music, Oxford University Press, earthsongs, Alry Publications, and Roger Dean Publishing. Rommereim’s choral/orchestral work “Utopia” (2000) was premiered with the Prague Radio Orchestra and the Grinnell Singers, and his choral cycle “Convivencia” (2006), a six-movement work for choir, string quartet, and harp, based on ancient love poetry from Jewish, Islamic, and Christian traditions, was premiered by Voces Novae, of Bloomington, Indiana, at a special event co-sponsored by Jewish, Muslim, and Christian organizations. He is the recipient of commissions and grants from the National Endowment for the Arts, the American Composers Forum, the Iowa Choral Directors Association, the Iowa Composers Forum, and the Iowa Arts Council.

He has conducted the Grinnell Singers on concert tours across the United States and in Estonia, Finland, Russia, the Czech Republic, Bulgaria, Romania, and Turkey. The ensemble has been invited to perform at two regional ACDA conventions. The Grinnell Singers have recorded Rachmaninov’s All-Night Vigil, as well as a CD with Jonathan Dove’s The Passing of the Year as its centerpiece. His translation of Pavel Chesnokov’s seminal treatise, “The Choir and How to Direct It” is published by Musica Russica.

CLAUDIA ANDERSON is known for her originality and brilliance as a solo and chamber music performer across the United States. She is a founding member of the innovative flute duo ZAWA! and the summer flute intensive Passion Flute: Foundations for Creative Performing. Principal flute with the Waterloo-Cedar Falls (IA) Symphony and on the faculty of Grinnell College, Anderson is also flute faculty and Wind Area Head of the Young Artist Seminar at Rocky Ridge Music Center (www.rockyridge.org).

She has taught at the Universities of Iowa and Northern Iowa, Ithaca College and the University of California at Santa Barbara. An active member of the National Flute Association, she just completed a 4-year term on the NFA’s New Music Advisory Committee and moves to their Nominating Committee for 2020-21. Claudia’s solo album In This World (released in 2014 on cdbaby) includes her debut as a composer, Weather Conversations for flute and electronics. ALRY Publications released Weather Conversations in August 2017, the company’s first flute and fixed media publication. In 2019 ALRY released the latest in a series of ZAWA! arrangements and original compositions for the duo, Snap! for two flutes and fixed electronic media by John Rommereim. ZAWA! commissioned flutist-composer Cynthia Folio to write “Z3 for two flutes and piano” (2008) and recorded it on Folio’s chamber music CD Inverno Azul in 2014 (BCM+D Records). In 2014 ZAWA commissioned and premiered Folio’s double flute concerto, “Winds for Change,” a musical meditation on the environment. Until March of 2020 Winds for Change was touring nationally and internationally in its latest version – an all-flute chamber orchestra.

Anderson’s newest project, “Glass Ceilings,” commissions several high-profile women composers and flutists to write pieces for flute(s) solo and electronic media, with its original theme of gender inequality expanded to embrace the effects of Covid-19 and racial tension in 2020. The program of works by Eve Beglarian, Lisa Bost-Sandberg, Allison Loggins-Hull, Ali Ryerson, and Anderson will tour nationally in 2021… or whenever the world is ready!