From Adams To Zappa: Music of Today 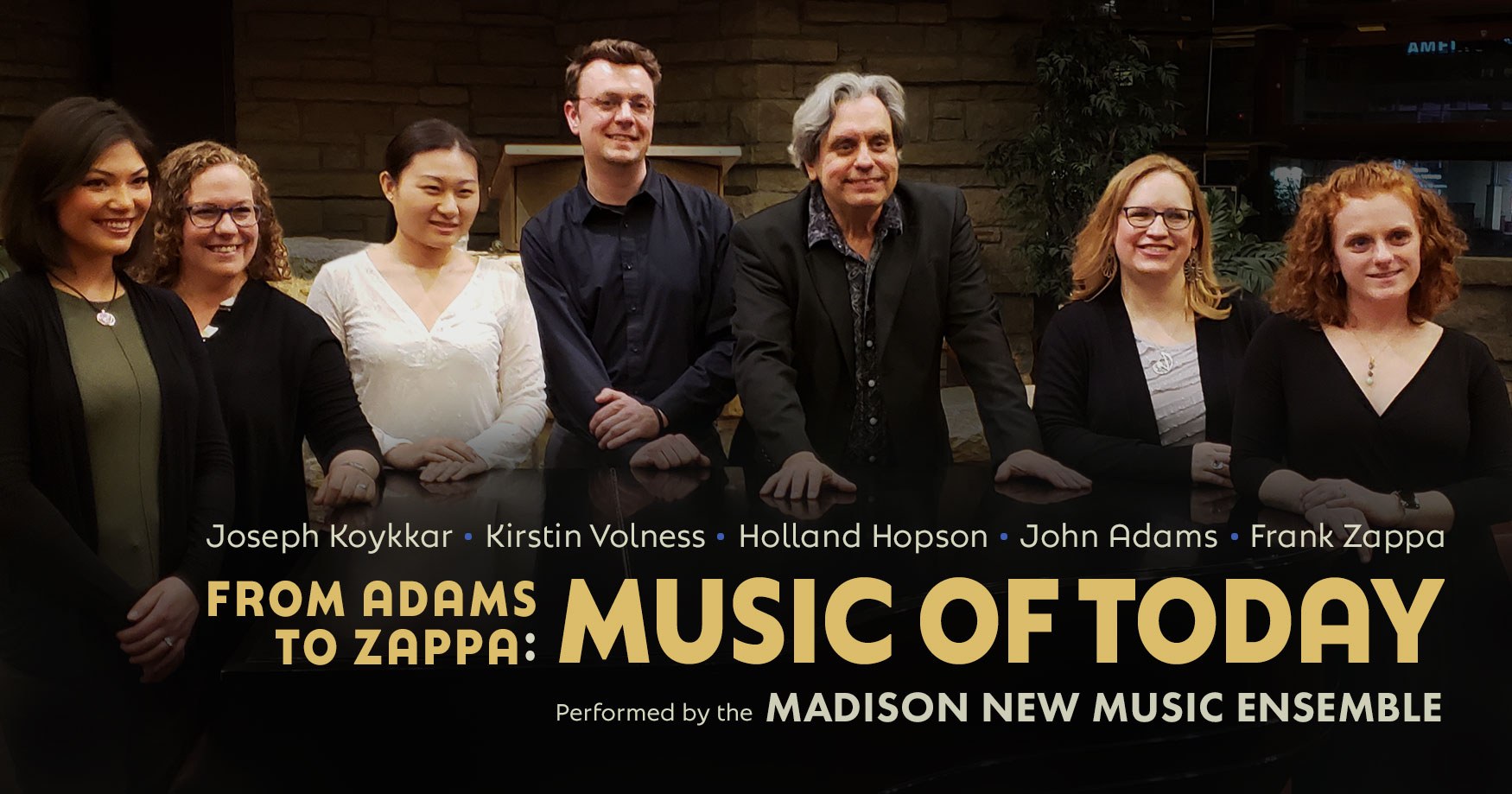 The Madison New Music Ensemble presents a virtual video concert featuring an exciting variety of compositions that exemplifies the imagination and brilliance of today’s contemporary music. From mixed instrumental quartets, to solo piano, and to the full seven-piece ensemble, the MNME will play works by the iconclastic musician, Frank Zappa, (Peaches en Regalia), the most popular American composer John Adams (China Gates), and up-and-coming composer Kirstin Volness (little tiny stone, full of blue fire). Joseph Koykkar, founder and artistic director of the MNME, will be represented by his driving, rhythmic composition For Mallets and Strings.

New music cellist, Craig Hultrgren, whose national reputation as an exponent of new works written for both acoustic and electric cello, will be featured performing two dynamic compositions for electric cello and electronics including Lacrimosa MMXVIII by Joseph Koykkar and Snakeskin (Verso) by Holland Hopson.

Introductory comments on each of the works by members of the ensemble will be interspersed during the program.

The Madison New Music Ensemble is dedicated to the performance of current compositions by contemporary composers whose works are related to the tradition of “written-out music” (concert music) which has been a mainstay of Western musical culture for many years. In an on-going series of concerts, the ensemble desires to share an aesthetic experience with audiences featuring local musicians and guest artists.

The Madison New Music Ensemble (MNME), was formed in the spring of 2019 by Madison-based composer Joseph Koykkar. The six-member ensemble is comprised of local professional musicians who hold graduate degrees in music performance and who perform regularly with Madison orchestras and chamber music groups. MNME’s first public performance was on April 20, 2019, at the First Unitarian Society Landmark Auditorium. The ensemble shared their music with an enthusiastic crowd compromised of students, seniors, community members, and music lovers of various ages. During the summer, the ensemble performed on August 9, 2019, as part of the Summer Serenades series at the Memorial Union. The event organizer shared that this concert was “the most successful of the series,” and had “the most connection with the large audience” at the Union. Most recently, MNME performed on December 13, 2019, at the Capital Lakes Auditorium and the special event was warmly received by attendees.

MNME programs feature music written by composers in the past 30 years and reflect a wide range of styles from the United States as well as Europe, Latin America, and the Pacific Rim. In keeping with an open-minded aesthetic of inclusivity of all musical genres, two of the recent concerts closed with an arrangement of “The Word,” a song written by John Lennon and Paul McCartney which was heartily enjoyed by the listeners.

Cellist Craig Hultgren has been active in new music for decades. He now resides outside of Decorah, Iowa as the farmer-cellist. The New York Classical Review commented that he, “…played with impressive poise and sensitivity…” for Dorothy Hindman’s 2016 chamber music retrospective at Carnegie Hall. A recipient of two Artist Fellowships from the Alabama State Council on the Arts, he was a member for many years of Thámyris, a contemporary chamber music ensemble in Atlanta. He is a founding member of Luna Nova, a new music ensemble with a large repertoire of performances available on iTunes. Hultgren is featured in four solo CD recordings including UK composer Craig Vear’s hyper-media concerto Black Cats and Blues on Métier Recordings. Recently, Hultgren entered the realm of digital online releases with four works Songs for Cello and Piano by Ben Hippen available on Spotify. For ten years, he produced the Hultgren Solo Cello Works Biennial, an international competition that highlighted the best new compositions for the instrument. He is a founding member and former President of the Birmingham Art Music Alliance and was on the Board of Directors of the Metropolitan Youth Orchestras of Birmingham and their Scrollworks program. Currently, he is Vice President of the Oneota Valley Community Orchestra Board of Directors in Decorah and serves as Chair for the Iowa Composers Forum. 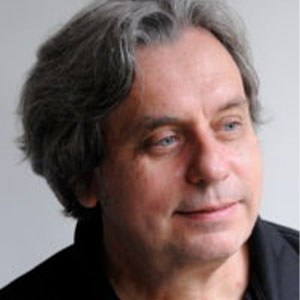 Joseph Koykkar, is a musician at home in a variety of music from classical to avant-garde to rock and blues. A native of Milwaukee, he has had his musical compositions performed nationally and internationally for over 35 years His music can be heard on 11 CDs, including an all-Koykkar CD released by Parma Records in 2016 (Double Takes and Triple Plays) and on Northeastern Records in 1992. He has composed in a variety of media including chamber music, orchestral scores, music for dance, film/video scores, and electronic/computer music. Prior to his retirement from the University of Wisconsin-Madison, Professor Koykkar taught courses in electroacoustic music/sound design and served as Music Director for the UW’s Dance Department He had been on the UW-Madison faculty since 1987. In addition to composing he is a pianist and conductor, and is the founder/artistic director of the Madison New Music Ensemble