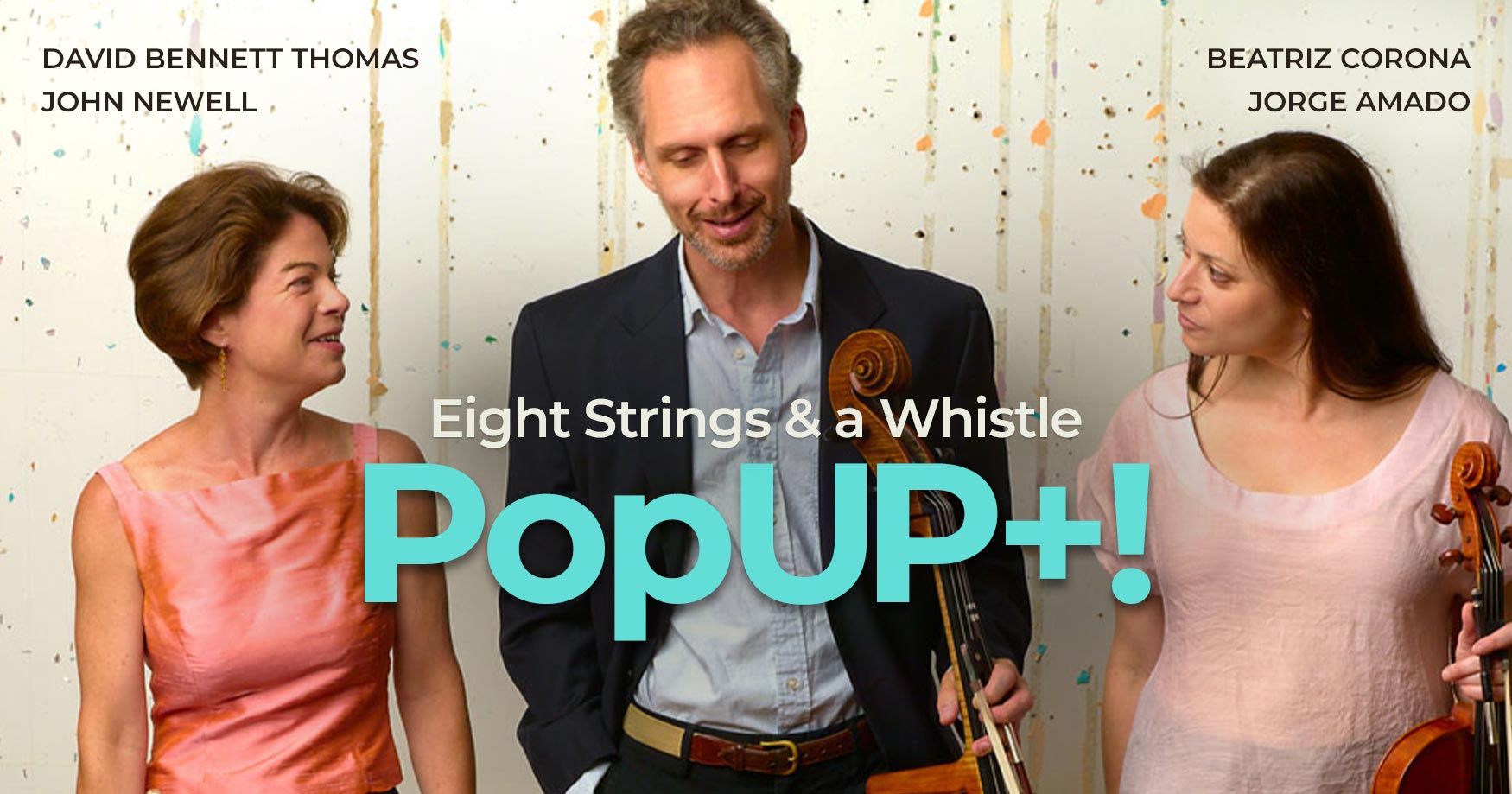 Eight Strings & a Whistle’s PopUP+! concerts are short, casual, free concerts. Before the Pandemic, these concerts would take place in casual venues, such as rehearsal studios, in New York City, where the ensemble would present a few pieces that the trio is developing and get audience feedback. For 2021, Eight Strings & a Whistle have expanded their audience by taking this series online, using the Youtube chat function to interact with the audience.

For this PARMA Live Stage event, the trio presents a PopUP+! – a longer program, where in addition to new works, they will play two works from their upcoming PARMA release. The performance will be streamed live from Catalpa Arts Club in Ridgewood, Queens. 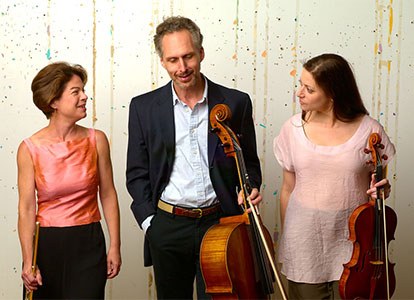 Eight Strings & a Whistle has been committed to presenting works and expanding the repertoire for the unique combination of flute, viola and cello since 1998. A cutting edge presence, the Trio has championed Baroque, Classical and Romantic repertoire and collaborates regularly with a wide roster of living composers, premiering and performing their pieces throughout the concert season.

Eight Strings & a Whistle’s debut album, “Albert’s Window”, was released on Ravello Records in November 2015. In August 2016, Ravello Records released “96 Strings and 2 Whistles”, a recording of the music of Scott Brickman, featuring Eight Strings & a Whistle and pianist, Beth Levin. The Trio can also be heard on Douglas Anderson’s “Chamber Symphonies 2, 3 & 4” (Ravello Records, January, 2016) and TULPE, a recording of music by Sarah Davol and GRAMMY-nominated artist Dawn Avery (Okenti Records, January 2008.) In June 2017, Eight Strings & a Whistle launched the 8SW Composer Competition to promote chamber music for the flute, viola and cello, and to encourage the writing of contemporary chamber music in general. The competition is held once every two years.