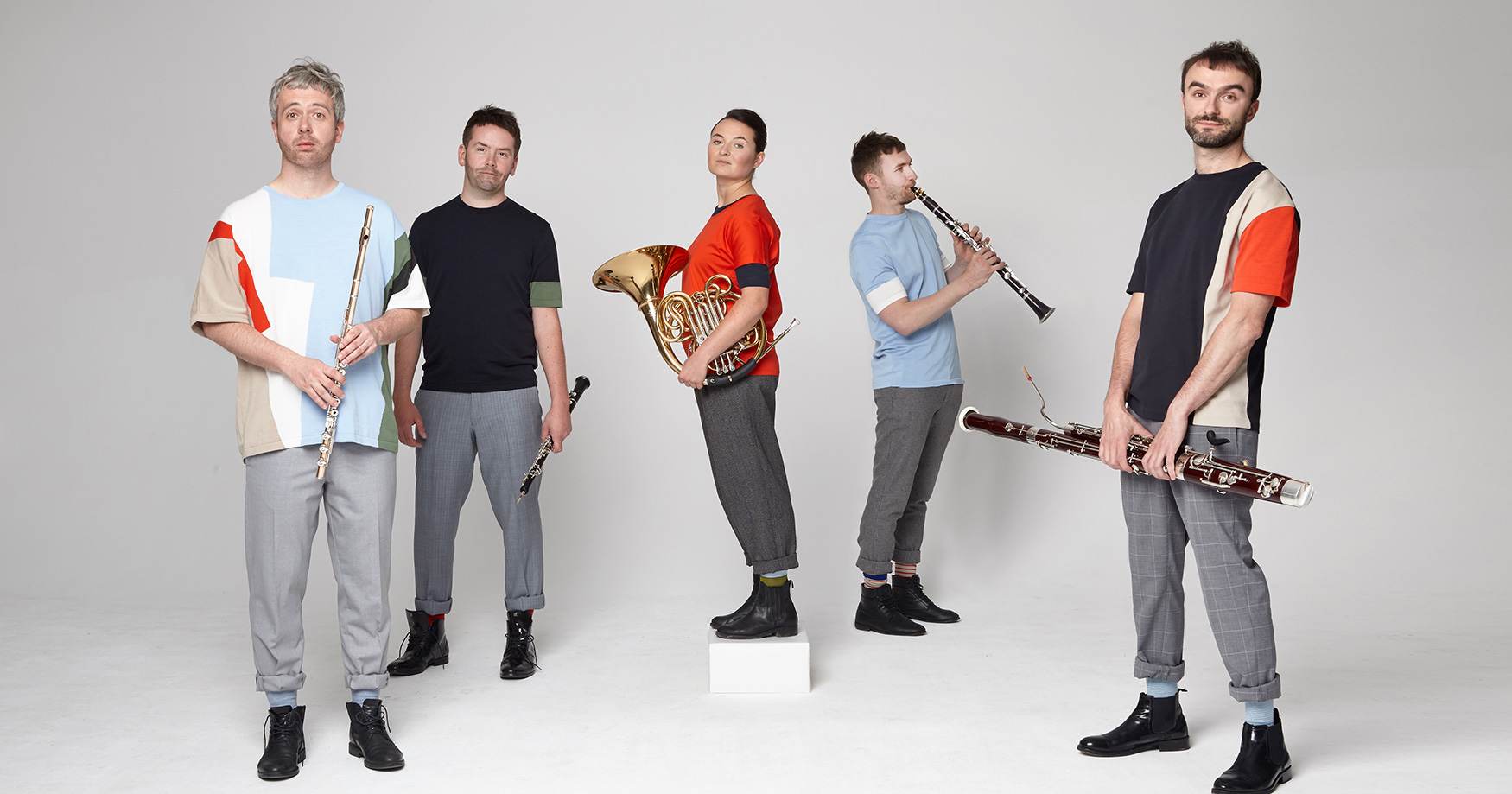 The Belfiato Quintet will live stream a performance of works by Herbert A. Deutsch, Leoš Janáček, and Pavel Haas from the Rudolfinum’s Dvořák Hall in Prague.

Herbert A. Deutsch has had an eclectic career as a composer, author, educator and music marketing consultant. Professor Emeritus of Music and until September. 2001, Chairman of the Music Department at Hofstra University, he directed the Music Business Program, the Electronic Music and Recording Studios and taught composition and multimedia. A composer of music in various media, his work has been widely performed and commissioned works have been featured at national and regional conferences including The Music Educators National Conference, Small Computers and the Arts Network, and The Society for Electroacoustic Music in the United States.

His interest in electronic music led him to collaborate with Robert A. Moog on the development of the first Moog Synthesizer in 1964. In September of 1965, his New York Improvisation Quartet gave a Town Hall, New York concert which included the Moog’s first live public performance. In 1969 his quartet presented the Moog’s first jazz program at Jazz in the Garden at the Museum of Modern Art. His multimedia opera, Dorian (based on the Oscar Wilde novel The Picture of Dorian Gray) received its world premiere performances by the Hofstra Opera Theater in February 1995. Since 1994, he has been a member of The NY State School Music Association’s Music Technology Committee. He is also a member and judge of NYSSMA’s Composition and Improvisation Committee. He is a regular clinician in composition sessions at NYSSMA’s All-State Conference and is a NYSSMA all-state jazz adjudicator.

Deutsch is listed in Who’s Who in America, Who’s Who in Education and Wikipedia. In September, 2007 he was given a Lifetime Achievement Award for his contributions to electronic music at BB Kings in NY City. He was inducted into the LI Music Hall of Fame in 2007 as the LI Music Educator of Note, and received the NY State School Music Association Distinguished Service Award at that year’s All-State Conference. In spring 2012, he is teaching both at Hofstra University’s Honors College and NYU’s Gallatin School of Individualized Study. The course he is presenting at both Universities is called The Transformation of Music in a Century of Electronica.

Belfiato Quintet was founded in 2005. The ensemble studied at the Prague Conservatory in the class of Ondrej Roskovec (Czech Philharmonic, Afflatus Quintet) and subsequently at the Academy of Performing Arts in Prague with Prof. Stepan Koutnik. Belfiato also studied with Prof. Gottfried Pokorny (Universität für Musik und Darstellende Künst Wien).

Members of the Belfiato Quintet play in leading Czech symphonic orchestras, such as the Czech Philharmonic Orchestra, PKF-Prague Philharmonia, and Czech National Theatre. They have won prizes in numerous international competitions, among them the ARD Munich, Prague Spring Competition and Concertino Praga.

The ensemble was awarded prizes at international competitions, such as the “Antonin Rejcha prize” at the International Festival in Semmering, Austria. At the 6th International Woodwind Quintet Competition “Henri Tomasi”, held in Marseille in 2011, the Belfiato Quintet won 3rd prize and the prize for the best interpretation of Henri Tomasi`s composition.

Belfiato Quintet performs live regularly in the Czech Republic and more widely. It has appeared in the concert seasons of the Czech Philharmonic, Czech Chamber Music Society, Prague Symphony Orchestra and the Prague Philharmonia. The ensemble has appeared on both Czech Television and Czech Radio and appeared with artists such as the renowned mezzo-soprano, Dagmar Pecková and the Afflatus Quintet. Belfiato was invited to appear at the Prague Spring Festival in 2014 with a programme by Czech composers as Rejcha, Haas, Foerster and Janáček. The ensemble continues presenting Czech repertoire, most recently in the chamber music series of the Polish National Radio Symphony Orchestra in Katowice and at the Czech Embassies in London and Tokyo.

In June 2017 Belfiato Quintet released its debut CD on the Czech label Supraphon.