The Inside Story: Donald Nally and CARTHAGE

GRAMMY-winning chamber choir The Crossing is back with their latest installment in a multi-album series with Navona Records. CARTHAGE comes on the heels of the 2020 GRAMMY-nominated album THE ARC IN THE SKY, released last summer. In this latest offering, artistic director Donald Nally leads the choir through six striking pieces by composer James Primosch that confront the most elemental questions of Western philosophy.

Today, Donald is our featured artist for “The Inside Story,” a blog series exploring the inner workings and personalities of our composers and performers. Read on to discover his unique thoughts on concert prep.

I’d either be an attorney or a journalist and, either way, I’d be spending my time trying to preserve the value of honesty and expose the lying and deceit that has nearly capsized our federal government. In my own way, I’m kind of a journalist as a collaborator and commissioner, trying to make pieces that talk about the times we live in, including the ugly truth – because humans have a dark side – but not to editorialize in our art (unlike in this answer).

“Do what you want and don’t do anything you don’t want to do.” It sounds simple but it’s not all that easy; our culture tells us some pretty screwed up things about measuring success. But, once you start living your life that way, you realize it is the only way to live and the only way to make art. Just say “No, that’s not how I hear it, that’s not how I see it. I don’t need a mortgage or a car. I can’t stand Haydn. I have other things I want to do, other people I want to work with.” Make your own way. Your voice matters, and you’re the one that has to believe that. It doesn’t matter if others believe that (though it’s a lovely byproduct of conviction). It doesn’t matter if people agree with the way you live or the kind of art you make.

Well, maybe that my poetry, plays, fiction, and non-fiction library is far larger than my music library. Though, that’s pretty big. And, maybe that there is a LOT of Buxtehude and Josquin, next to the piles and piles and piles of contemporary music (all those oversized scores are a pain to transport and store!). And, of course, Bach. But, it’s kind of silly to say that because, really, what truly-obsessed musician doesn’t start there? Daily? Oh, and Berg. His music makes me a bit crazy in a good way. Lulu. The violin concerto. Geez.

I think it’s more that I’ve realized the wide range and depth of influence: that new influences enter, but the old don’t exit. They include the poets Walt Whitman, Hart Crane, Jaime Sabine, and Philip Levine; the singers Morgana King, Nina Simone, and Roberta Flack; the playwrights Tom Stoppard, Seneca, and Sam Shepard; the composers Ted Hearne, Claudio Monteverdi, and Josquin des Prez; the activists Al Franken, Elizabeth Warren, and Anthony Romero; the physicists Richard Feynman, Erwin Schrodinger, and Benoit Mandlebrot; the Tao, Jesus of the Gospel of Thomas but not so much of those other gospels, Shakespeare, and Peter Sellars.

I was recently asked a question about heroes and I think it’s worth mentioning those as well: of the living, Noam Chomsky and maybe Barack Obama, the former because he’s so devoted to the truth as he sees it and the latter because he is an example of grace. So, we have truth and we have grace, the building blocks of a respectable life. John (the Evangelist) was on to something there… Of the dead, Freud and Shakespeare; there is a certain kind of objective clarity in their observations of the world that cause a subjective response in the reader/listener. I strive for that in my art and hold high their achievements as a result.

I generally don’t. I think of performance as a kind of “opening the doors and inviting my friends into my living room to see what I’ve been up to.” I don’t like costumes and I don’t like formalities when it comes to music. (That’s different than ritual, which I love!) So, I’m often giving a pre-concert lecture till about 20 minutes before showtime, then I go look for coffee, and, if absolutely necessary, I put on shoes. My score is always left on the stand from the warm-up or night before. I sometimes like to eat a muffin – preferably blueberry. Then, we do a show where we sing for our friends, and then there’s a party. Life is good!

Alain de Botton has this book The Art of Travel in which he says ‘journeys are the midwives of thought.’ He describes how staring out a plane window can free our mind; like standing in the shower for a long time, or being in a really boring church service. You just go to a place inside your mind that is waiting – maybe even longing – to have an internal discussion, but often will not do so because our ordinary world tells us to be ordinary. I think of Proust lying in bed all those years. I find this to be true; standing in the shower, lying silently in a dark room, staring out the window of my studio at Northwestern, even walking in the woods outside Philadelphia. I suddenly will get an idea and it will turn into…maybe a project, or maybe just how one phrase goes that I hadn’t yet realized. Or maybe a sentence for something I’m writing that I have to get down in my notebook immediately. I have a lot of notebooks. 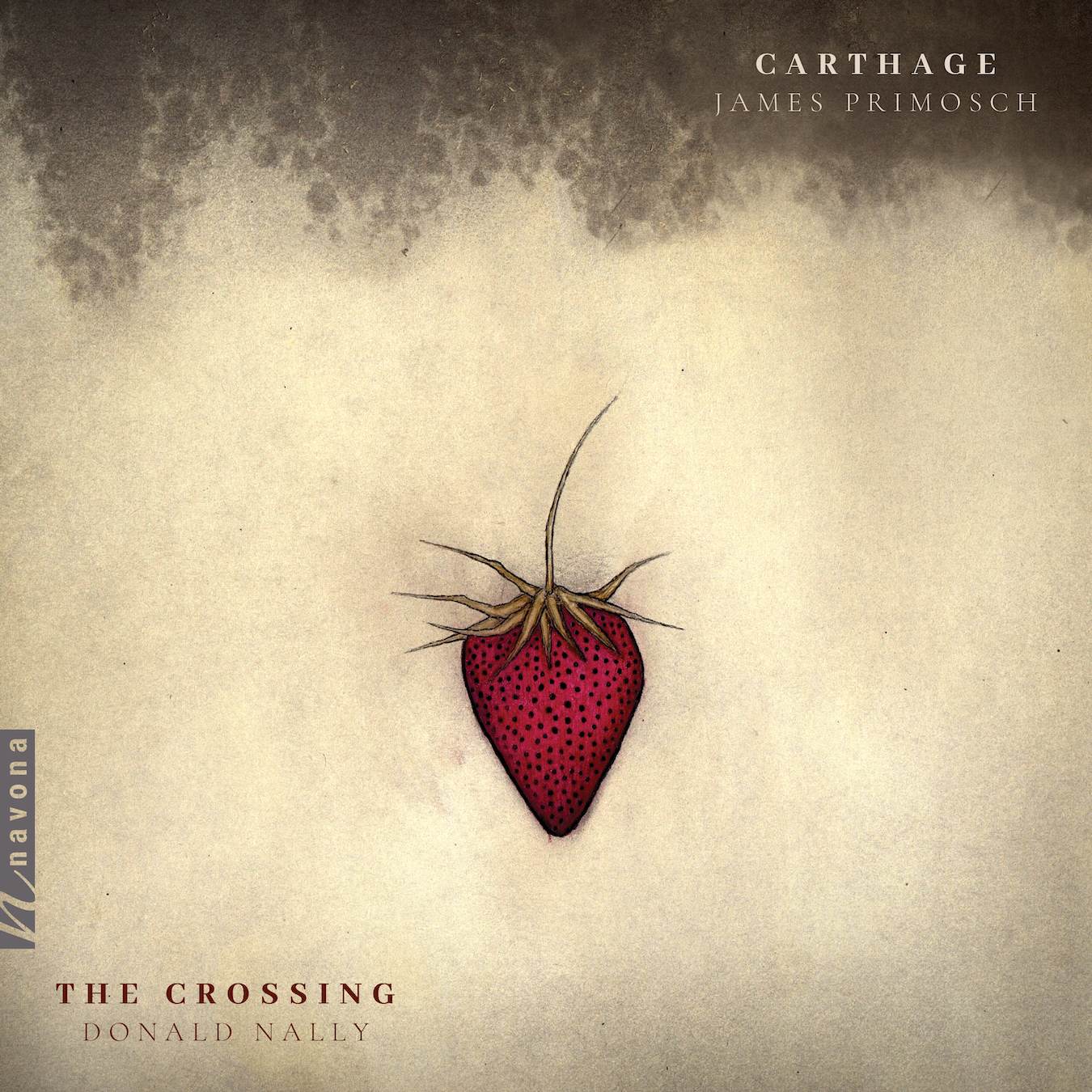 CARTHAGE from The Crossing and composer James Primosch is available now from Navona Records. Click here to visit the catalog page and explore this album.