When Things Get Real

The artists entrance at Carnegie Hall is somewhat imposing.  Along both walls are large photographs of artists who have graced the world’s most famous stage.  It’s impossible to not get a little nervous when you see Maria Callas staring down.  Two more steps and Ella Fitzgerald is standing beside you.  Suddenly you realize that you’re on the inside — not just a spectator watching from the audience — you’re backstage at Carnegie Hall.

This past Saturday PARMA Recordings presented MOTO BELLO — the third album recorded and performed by Trio Casals as part of Navona Records’ MOTO series. With all ten composers from the project in attendance, the performance was an exciting reunion of creative minds.

“This is a major milestone in my career” remarked composer L Peter Deutsch as his piece Ocean Air was performed.  The joy was echoed by all of the composers including Diane Jones and Bruce Babcock as they shared a moment together during intermission. 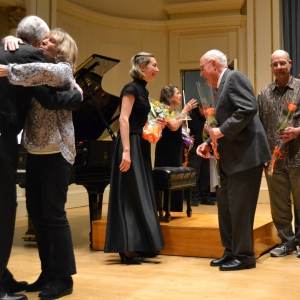 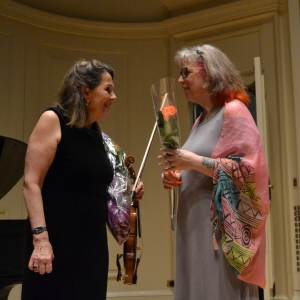 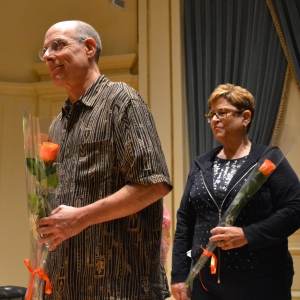 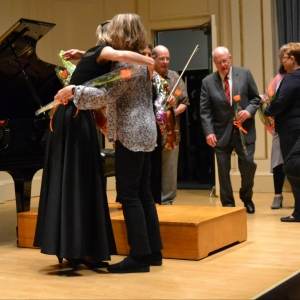 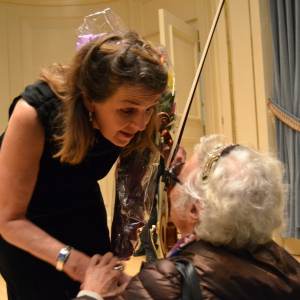 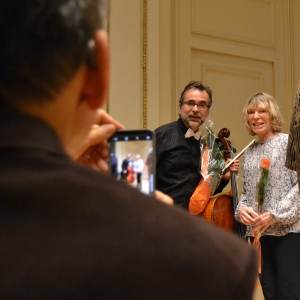 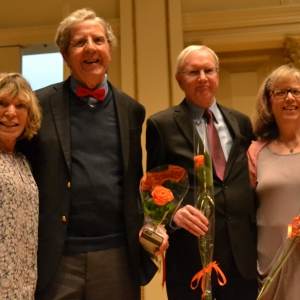 Stay tuned for the next installment in the MOTO series coming soon!