It’s a true spectacle to encounter an artist whose cleverness and wit shine through their compositions, and whose influence as an educator lives on through numerous generations of students and colleagues.

Born in Winnipeg, Canada, Sydney Hodkinson led an impressive career in conducting, composition, and music education. Hodkinson received a bachelor’s and master’s of music from Eastman, and a doctorate of musical arts from the University of Michigan in 1968.

Before returning to Eastman as a faculty member in 1973, Hodkinson’s extensive teaching career was spent at the Universities of Virginia, Ohio, and Michigan. During his time at Eastman, Hodkinson conducted the Musica Nova ensemble and the Kilbourn Orchestra. In addition to his positions as department chair for conducting and ensembles, he soon became a professor of composition. Hodkinson later completed visiting professorships at Southern Methodist University from 1984 to 1986, and at the University of Western Ontario in 1991 before accepting the Almand Chair of Composition at Stetson University in 2004.

Hodkinson has composed over 250 works covering a wide array of genres including educational literature, chamber arrangements, and large orchestral pieces.

During his career, Hodkinson was awarded the Bolcom Extended Residency in Composition from the University of Michigan. Earlier awards include those from the National Institute of Arts and Letters, Guggenheim Foundation, Canada Council, National Endowment for the Arts, and the Ford Foundation. 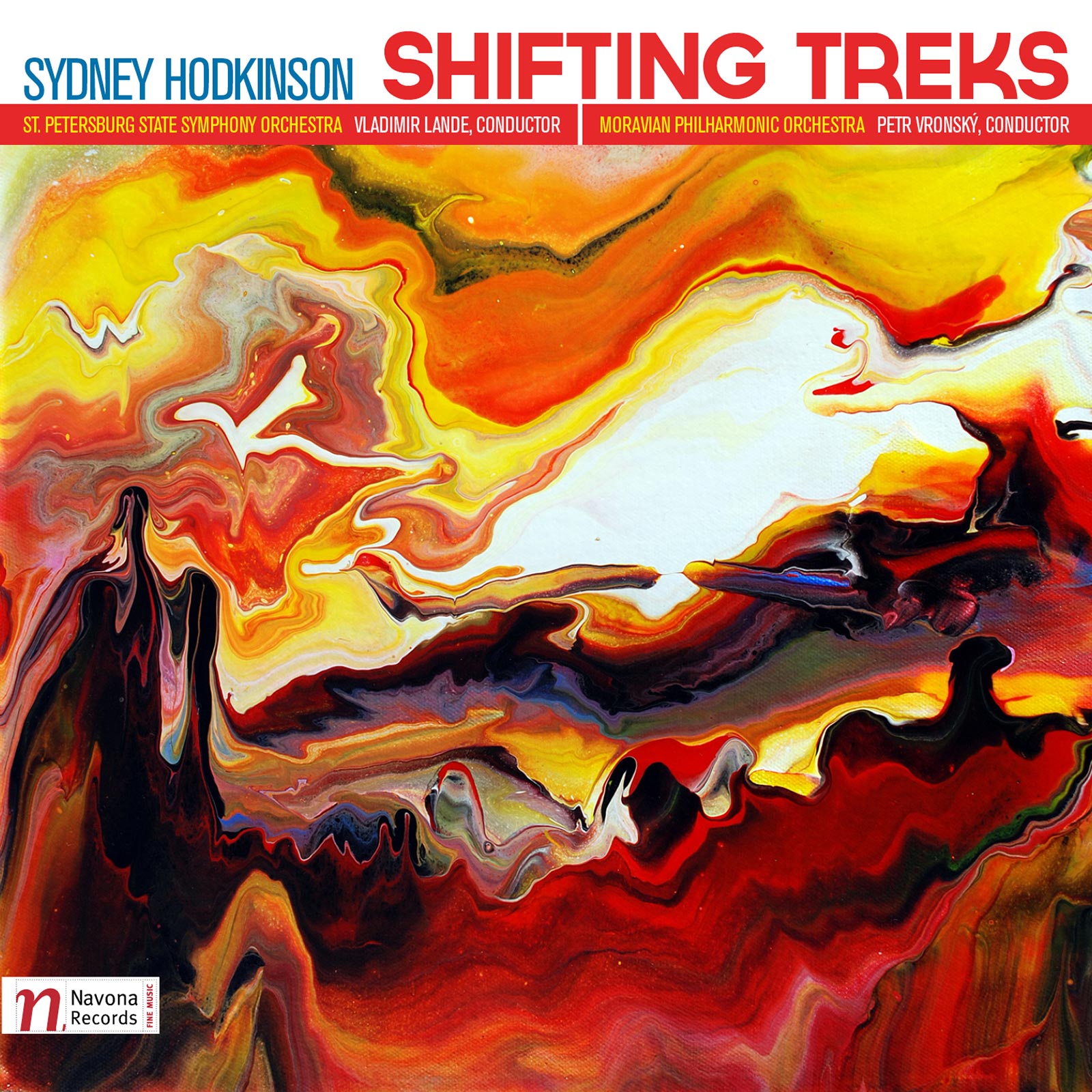 Sydney Hodkinson’s debut release on Navona Records features three of his orchestral pieces, selected for their representation of the composer’s dedication to pouring ingenuity, creativity, and originality into contemporary music.

Hodkinson’s first album under Navona Records, SHIFTING TREKS, debuted in 2013, displaying a variety of contrasting themes and orchestral flavors. Notable examples are No. 1 Grinder, an ominous composition full of flighty licks from the winds and high-impact moments stretched out by rigorous percussion writing. On the opposite end of the spectrum lies Epitathion, a lush, tender, and emotional piece endowed with beautifully executed bouts of haunting dissonance sprinkled overtop rich harmonies.

“Syd was a genius orchestrator, and I think that his music – particularly his orchestral piece ‘Potpourri,’ which we recorded – should be studied carefully and performed more frequently. Any musician looking to expand their craft would do well to take a look at that score.

Even before meeting him, I could tell right away what kind of person Syd was. Despite being a genius composer and a gifted conductor with a complete commitment to new music, Syd was impish and funny, a serious artist who refused to take himself seriously.

He was a really down-to-earth guy who positively impacted generations of musicians, inspiring them and spurring them onto meaningful careers of their own – possibly his greatest achievement of all.”

When reflecting on Hodkinson’s time at PARMA, A&R Representative Danielle Lewis recalls the creative complexity of his work, and the pleasant interactions they shared.

Syd was always sweet and kind to me whenever we emailed or talked on the phone. I recall chatting about our holidays, him telling me how nice it was to see his great-granddaughter, and then hearing about his upcoming commissions and compositions.

Hodkinson’s identity as a composer was certainly amplified by his effectiveness as an educator. His music will definitely live on, but his immortality is broader than that. As a teacher, composer, and conductor, Hodkinson left behind a breadth of knowledge among students and colleagues, and substantial music literature with a touch of his personality for the world to indulge in. 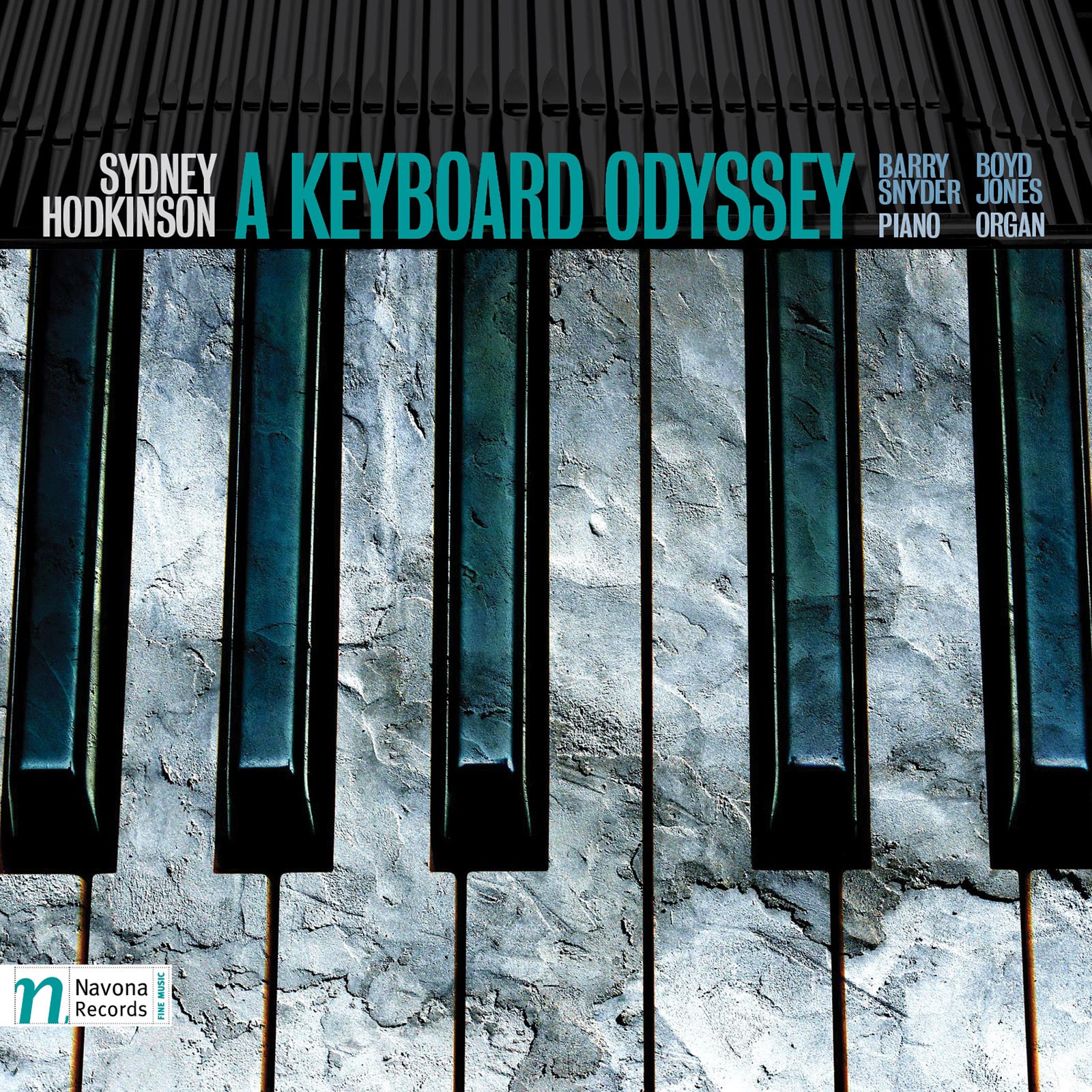 Composer Sydney Hodkinson’s second Navona Records release, A KEYBOARD ODYSSEY, is a journey through the world of the solo keyboard, exploring the versatility and spirit of both the piano and organ through the composer’s perceptive style.