Whether they are culturally or religiously specific, modeled after ancient instruments, or recreations of fictional music-makers in a cartoon or movie, there are thousands of instruments beyond what is generally heard on the radio today – instruments just waiting to be discovered by a wider audience. Today offers a special, and fun, opportunity to discover such instruments. Here at PARMA, we dug back into our catalogs to see what surprising sounds we could offer. What we found were not only uncommon instruments, but instruments used in unexpected settings, and some materials used in the creation of interesting and compelling melodies that might not otherwise have been considered instruments at all.

LIVING BREATHING EARTH by composer Meira Warshauer celebrates both a unique instrument and the faith from which it originated. The shofar, made from a ram’s horn, is used in the Jewish celebrations of Rosh Hashanah and Yom Kippur. Its symbolic purpose is to awaken the soul, and in the case of Warshauer’s symphony, to call humanity out of complacency and compel them to rise to their fullest potential.

MIDGARD, off of the Big Round Record label, is an album of an unusual sort by the group La Mandragore. “Midgard” is the name for Earth, one of the nine realms of the world in Norse mythology. The Vikings had a music culture, but little to none of it was ever notated. La Mandragore sought to fill in the blanks, both by writing music as historically and culturally accurate as possible and by performing these works on recreations of ancient instruments. The group presents unique arrangements of ancient melodies and of world folk music with a collection of heterogeneous instruments, from the crumhorn (a curved, wooden wind instrument) to the oud (a pear-shaped lute-type instrument) and so many other fascinating sounds.

Sometimes, the most interesting instruments are those that are not generally considered instruments at all. Matthew Burtner’s upcoming release, GLACIER MUSIC, brings the natural landscape into the performance with a piece for glockenspiel and amplified snow, where performers play the glockenspiel with one hand and the snow with the other. Curious what musical snow sounds like? Check back for this Ravello Records release in November 2018.

And of course, who could forget PARMA CEO Bob Lord’s 8-string bass guitar? 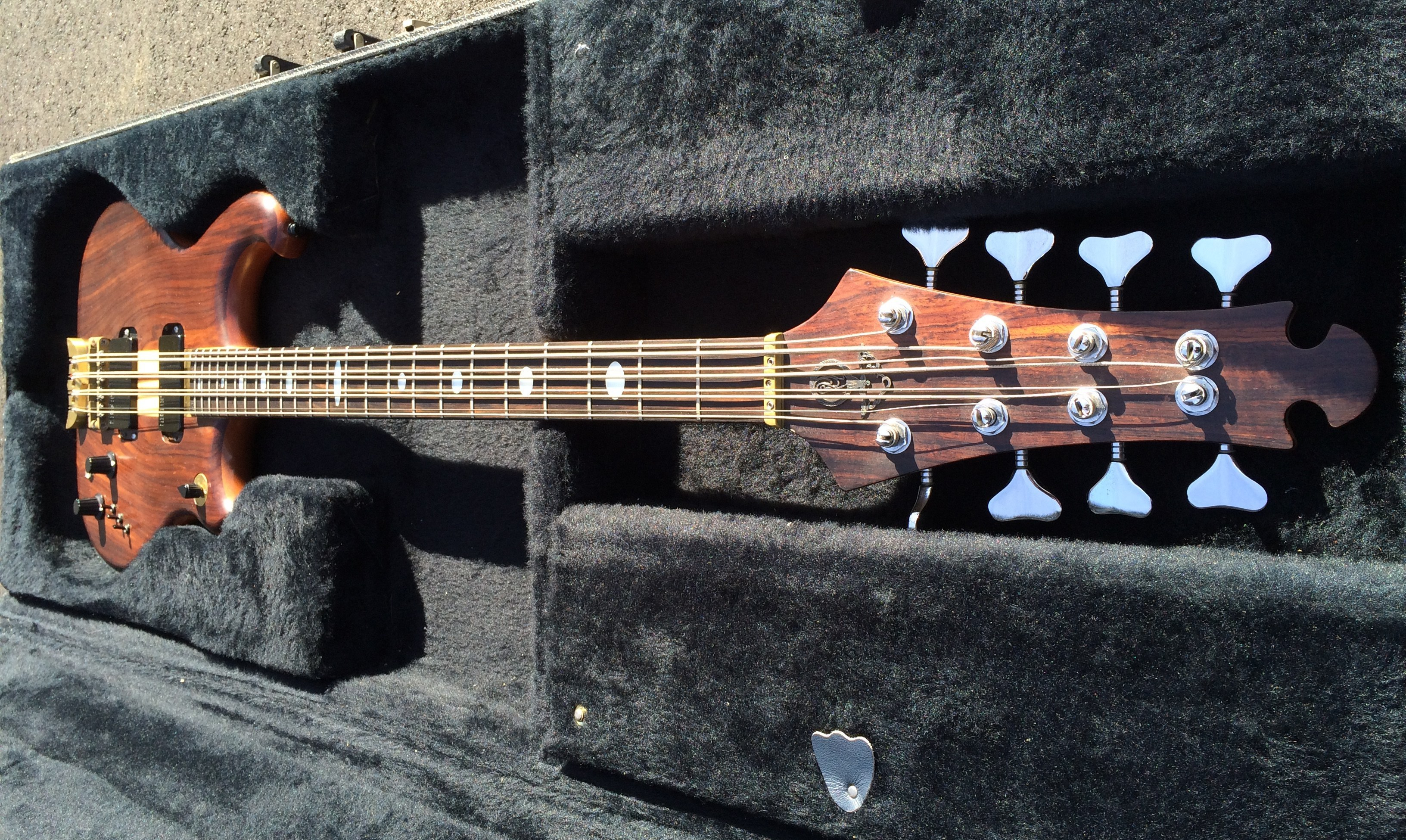 How would you like to celebrate? We recommend you listen to music outside of your everyday playlist (we have offered a good starting place with some pieces below). Try building a cigar-box guitar. Sign up for a balalaika or hurdy-gurdy lesson. The musical world is filled with a wide variety of palettes with which you can fill your own canvas!

BACK BEFORE BACH by Piffaro, featuring the shawm and sackbut:

ON & BETWEEN by Zhen Chen, featuring the pipa: