THE INSIDE STORY: Michael Wittgraf and MANIFOLD

Michael is a multi-instrumentalist, performing with the Greater Grand Forks Symphony Orchestra on bassoon, in a number of rock-and-roll bands on keyboards, saxophone, and electric bass, and as a solo and collaborative performer on computer. He holds the title of Chester Fritz Distinguished Professor at the University of North Dakota, where his teaching specialties are music technology, composition, theory, and bassoon.

Today, Michael is our featured artist in “The Inside Story,” a blog series exploring the inner workings and personalities of our artists. Read on to discover Michael’s two-wheeled guilty pleasure…

I was 14 years old when my first “that music is AWESOME” moment happened, listening at home to a record (yes, vinyl) of Anton Bruckner’s Symphony No. 4. My dad had recordings of the 4th and 7th symphonies, so of course I headed right to his record collection and pulled out the 7th as well. For at least one year from that point, I bet that I listened to each of those symphonies 300 times, nearly once per day. Keep in mind that each of them lasts for over an hour, for a total of over 600 hours of the same two pieces over the course of a year, following along with scores. I still have a soft place in my heart for Bruckner’s symphonies.

The first non-classical artist to give me that “AWESOME” moment happened when I was 19 years old, listening to the Allman Brothers’ “Live at Fillmore East” album (vinyl again). As with Bruckner, there is still a soft spot in my heart for the Allman Brothers.

When I was 5 years old, I clearly remember playing my dad’s classical records and “conducting” them with his baton (he was a public school band director). It would have made a great YouTube video today. Unfortunately that was in 1967 or 1968, way too long ago. When I was 10 years old I began composing. By that time, I had decent skills at the piano and saxophone. As I progressed through my teens I discovered that I had a knack for learning musical instruments quickly, including the bassoon, pipe organ, cello, trombone, tuba, clarinet, flute, and viola da gamba. I even made money playing church organ and in a polka band. There was no turning back. Now I’m a professor of music, spreading the word and continuing to create.

I have two non-musical guilty pleasures. I’m an avid motorcyclist, focusing on long-distance adventure riding. Nothing focuses the mind like a 600-mile day followed by a few miles of rugged off-road fun. I also have a bachelor’s degree in mathematics, and try to keep up those chops here and there. Math has played an important role in my music, whether it involves computer programming, compositional systems, acoustics, musical puzzles, or any number of possibilities.

My musical guilty pleasure is rock-and-roll. I have played electric bass, sax, and keyboards in a number of rock bands over the years, and continue to do so. My forte is classical music, so the challenge of continuing to improve as a rock-and-roll improvisor is very rewarding. It also provides a little spending money for my motorcycle habit.

Having spent a lot of childhood time fishing in Minnesota, I find that the most inspirational places for me involve lakes. There is nothing like sitting on the shore or in a boat, listening to the lapping water and enjoying the peace that it brings me. I was never a good fisherman, probably because I usually got lost in the wonder and peace that a Minnesota lake brings to me.

My favorite musical moments on the album happen during the improvisational tracks. Jesse and Amanda are outstanding improvisers, and the results speak for themselves. I am particularly pleased with Amanda’s ability to create atmospheres simultaneously using both sounds and word meanings. The opening of Improvisation 4 with Jesse’s bizarre guitar flourish is another favorite moment.

A lot of credit for the success of the Improvisation tracks goes to engineer Alex Inglezian at Experimental Sound Studios. We needed a setup that captured the direct sounds of Amanda and Jesse as well as the electronic sounds from my computer, while allowing for live feedback among all three of us. Without feedback, the computer processing doesn’t work. After some thought, Alex put together a system that worked perfectly as we performed the tracks live, allowing for intuitive give-and-take between the three of us, all while recording.

Jesse and I have been working together since the mid-1990s, and beginning five years prior to this release had been scheming to produce an album of all-guitar music. We recorded more music than would fit on this album, so another one is in the works. It has been gratifying to lay down tracks with Jesse and see a long period of work come together in one place. Additionally, recording in Chicago where I spent two years of my life in the 1990s felt really good. It was familiar territory, yet exciting and energizing due to my long absence. 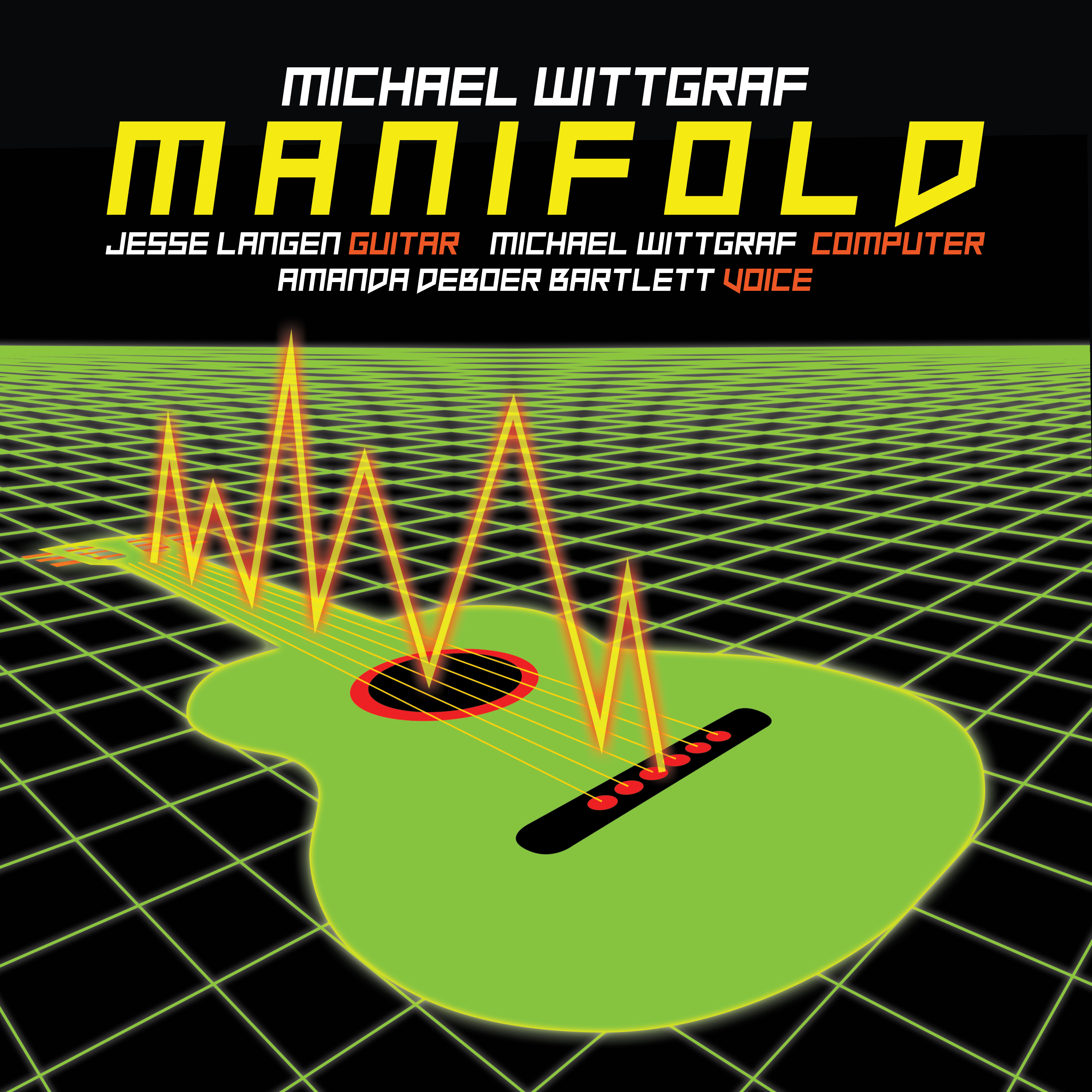 MANIFOLD is now available through Ravello Records for streaming or purchase. Click here to explore this new album.