THE INSIDE STORY: Elizabeth Vercoe and BUTTERFLY EFFECTS

A champion of women’s music, composer Elizabeth Vercoe has been hailed by the Washington Post as “one of the most inventive composers working in America today”  and by Gardner Read as “an exceptionally gifted composer with a fine technical command and a keen sensitivity to sound materials.” Active as a composer in the United States and abroad, she has been a fellow at the Civitella Ranieri Center in Italy, the St. Petersburg Spring Music Festival in Russia, the Cité International des Arts in Paris, and the MacDowell Colony in New Hampshire. She has written works on commission for Wellesley College, Austin Peay State University, and more, and her music has won numerous awards and been performed by prestigious ensembles around the United States and abroad.

Today, Elizabeth is our featured artist in “The Inside Story,” a blog series exploring the inner workings and personalities of our artists. Read on to learn the personal meaning behind the cover and a number of the pieces on BUTTERFLY EFFECTS…

When I was an undergraduate majoring in music theory at Wellesley College, a course was offered in instrumentation that was really a composition course in disguise. The professor asked us to write a series of different, short musical gestures as an assignment. He looked at mine and said, “These are all part of the same piece!” And I thought, “Yes, and I should finish it.”

The Beth Soll Dance Company asked me to participate in a dance program given at MIT’s Kresge Auditorium. The request was not to use my music for a new dance, but rather to present a purely instrumental or vocal piece of mine in the context of a dance concert. I chose my Herstory III, a staged monodrama based on the life of Joan of Arc. To my surprise and pleasure, the dance audience was not put off by the absence of dance, but instead cheered the performance with great enthusiasm, confirming my suspicion that general audiences can enjoy new music at least as much and perhaps more than new music audiences.

One of the most delightful experiences I have had as a composer was a residency at the Civitella Ranieri Center in a little hill town north of Rome. The invitation came out of the blue and I almost threw it away, thinking it was an ad or a scam, but eventually replied and went. The center is in a 15th-century castle with outbuildings and supports artists of different disciplines who are invited to spend a month or so working and exploring the area. Another stay there would be special.

I have always said that if I could come back in another life, it would be as a percussionist.

In Herstory I there is an emotional song for unaccompanied voice that describes a mother’s reactions to her child’s nightmare. The trajectory of that song grows very slowly from a quiet beginning, almost a lullaby, to a climactic point when the child screams and the mother feels her offspring’s fear. I think that the superb performance of this song is a high point of the cycle and perhaps of the album.

There are two songs plus the cover art that each have a personal meaning for me.
In the cycle, This is my letter to the World, there is a song called “Snow” about the death of a young friend of the poet Emily Dickinson. At the time of the recording of the piece, I was mourning the loss of a talented composer friend, Anna Larson, whom I had known since high school and to whom I dedicated the song.
In the cycle, Herstory I, the song called “Old” refers to Damariscotta, a place in Maine near which I have spent many summers. The elderly person referred to in the song also reminded me of my beloved godmother who was both a teacher and mentor to me.
One additional personal connection is that the gifted painter of the cover art, Louisa King Fraser, is a friend I first met in first grade. Not only have we remained in touch all these years, but we collaborated on a gallery concert that was to feature her butterfly paintings and my music, Butterfly Effects. Although the concert never took place, her “Jezebel Tapestry #2” makes a smashing cover, I think, to illustrate the opening piece of the recording, the third movement of which is a sultry tango for the tropical Jezebel butterfly. 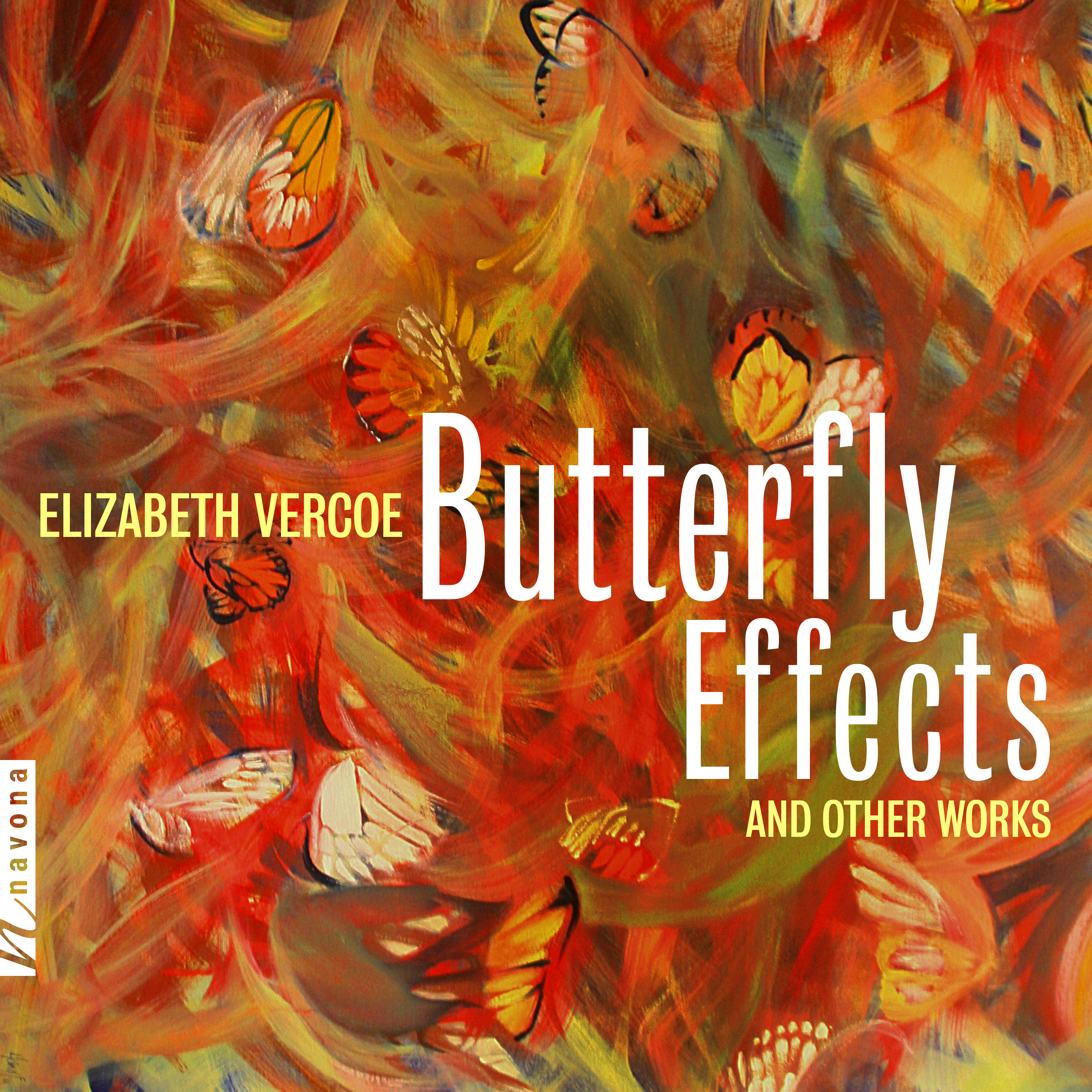 BUTTERFLY EFFECTS is now available through Navona Records for streaming or purchase. Click here to explore this new album.