THE INSIDE STORY: Alan Rinehart and DREAMS LAID DOWN

Guitarist Alan Rinehart has over 45 years of experience as a professional classical guitarist and has made many contributions to the guitar world as a performer, teacher, and music editor. Completing studies at Western Michigan University and a Professional Music Training Diploma from Vancouver Community College, he studied lute repertoire and technique in London at the Early Music Centre with some of the U.K.’s best known early musicians. From 1983 to 2003 he was a faculty member of the music schools at the University of British Columbia and Vancouver Community College. He is a co-founder of The Vancouver Guitar Quartet. They became a regular part of the Vancouver and Western Canadian music scene from the late 1980s to 2003, with many concert and radio appearances.
After a long-time residency in Vancouver B.C., he moved to Nelson B.C. in 2004, where he hosted “the Art and Times of the Guitar,” a weekly one hour radio show devoted to classical guitar, for 11 seasons (176 shows), and was the coordinator of the 19th Northwest Guitar Festival, a 3 day event held in Nelson in 2009. He currently lives in Kelowna, where he recently had the honor of performing for their Royal Highnesses the Duke and Duchess of Cambridge during their 2016 Royal Tour visit to B.C.
He has released six solo albums and one release with the Vancouver Guitar Quartet that have received international critical praise. In 2017 he was nominated by Western Canada Music Awards for the Best Classical Artist award. His latest solo album, VERDI’S GUITAR was recently picked by US-based Classical Guitar Magazine as one of the top 10 recordings of the year.
Today, Alan is our featured artist in “The Inside Story,” a blog series exploring the inner workings and personalities of our artists. Read on to learn about the time Alan had to perform the lute at a rodeo…

Who were your first favorite artists growing up? When did you realize that you wanted to be an artist?

These questions can be answered several ways. My association with the guitar started when I used to hear my mother playing. She knew enough chords to play and sing quite a few folk songs, so from a very early age the sound of the guitar and watching someone play an instrument was a part of my life. I did play clarinet in the elementary school band but never thought of working on the guitar until I was a teenager. By then, the guitar was THE instrument to play. The Beatles were in full swing and there were plenty of available song books to help with learning. It wasn’t until the rise of rock guitar virtuosi like Eric Clapton and Jimi Hendrix that I really worked at learning to play.
I was working at a coffeehouse in Ottawa Ontario when I was introduced to the classical guitar through recordings by Narciso Yepes and Andres Segovia. When a guitarist arrived at the coffeehouse and I first heard a classical guitar played live, I was hooked and started working very seriously at learning this new craft.
So, in answering these two questions I would say that my favorite guitar artists, in chronological order were my mother, Les Paul and Mary Ford, Chet Atkins, George Harrison, Jimi Hendrix, Narciso Yepes, Andres Segovia, and Julian Bream! I decided that I wanted to be an artist, or at least pursue music really seriously, when I was 21.

My most unusual (and embarrassing) performance had to be in the early 1970s when I was hired to play the lute at a rodeo in a court jester outfit. No one could hear me and I felt like a complete idiot!

Apart from liking good food and drink a bit more than I should, my main guilty pleasure is golf.

I would be happy making a living at any job that would challenge my creativity and contribute to bettering the lives of people and the planet.

Artistically, I would love to live in a major European center like London (where I studied and lived for a time), or Vienna or Paris (if I had fluency in the languages). Having access to see and study with the best people in your field is invaluable to keeping up your desire, and being in a place with deep history is very grounding.

I would love to have instant expertise on the piano. Apart from the problem with right hand fingernails that are essential for the guitar, the piano has the greatest versatility and solo repertoire.

On DREAMS LAID DOWN, because it is all contemporary music by composers that I know personally, my favorite musical moments were when I was able to satisfy myself and the composers with my efforts.

I think that it is very important for a musician to contribute to the body of work for their instrument either by composing if they have the skill and inspiration or by encouraging composers to create new works. I have always been interested in new guitar works but it has been a long time since I recorded any. I have been lucky enough to have some fine works written for me and with the newest work on this record, Beginning of the Day by William Beauvais, I felt that there was enough variety and appeal with the other pieces to make a nice album. There is the added benefit that most of the music is by Canadian composers with the exception of the eponymous piece by American composer Michael Karmon that was composed to fit the poetry of my Canadian wife, Janice Notland, so it really was a ‘national’ project!

These composers have created a wonderful musical landscape full of color and expression. I wish to communicate to audiences that new music can be a rich and rewarding listening experience! 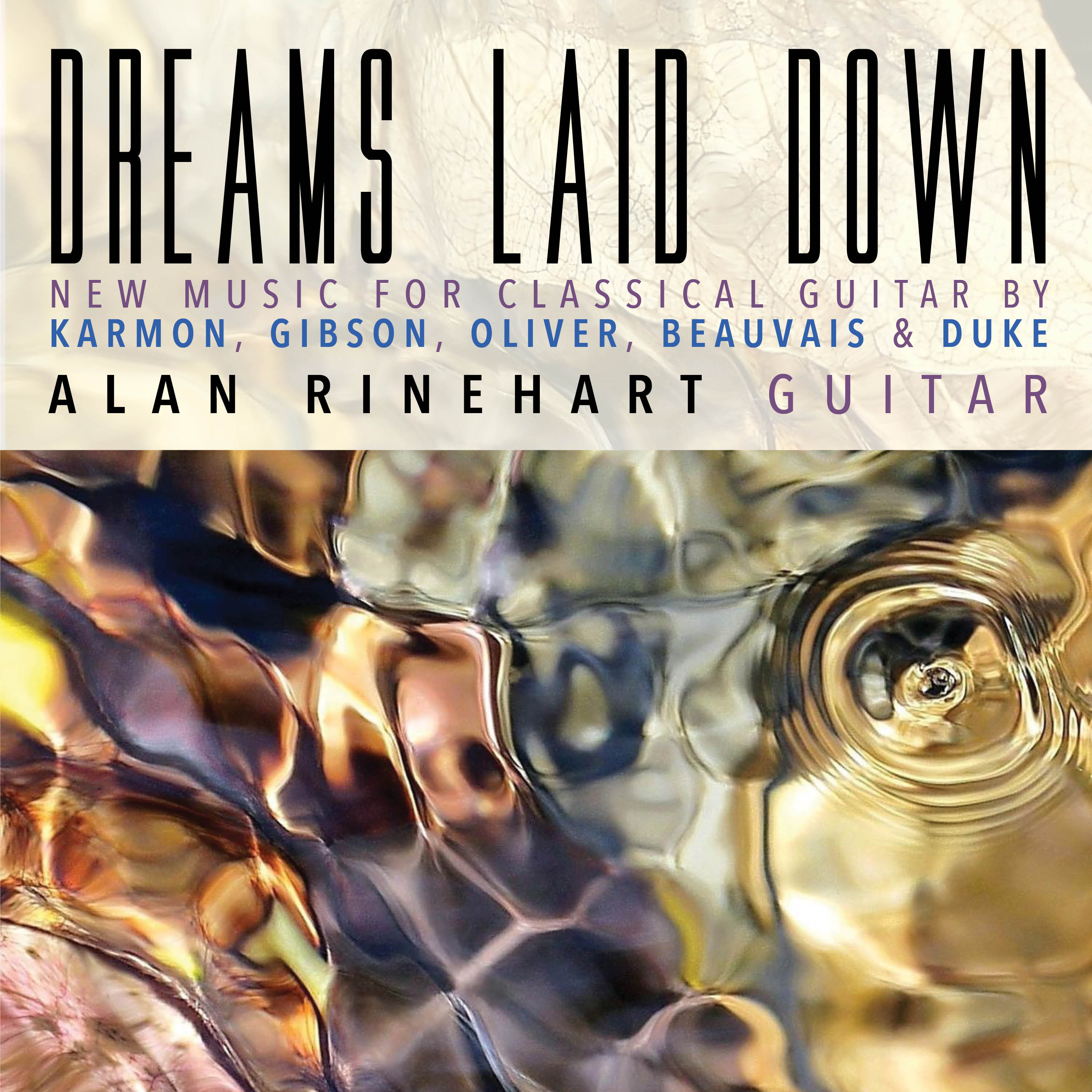 DREAMS LAID DOWN is now available through Ravello Records for streaming or purchase. Click here to explore this new album.